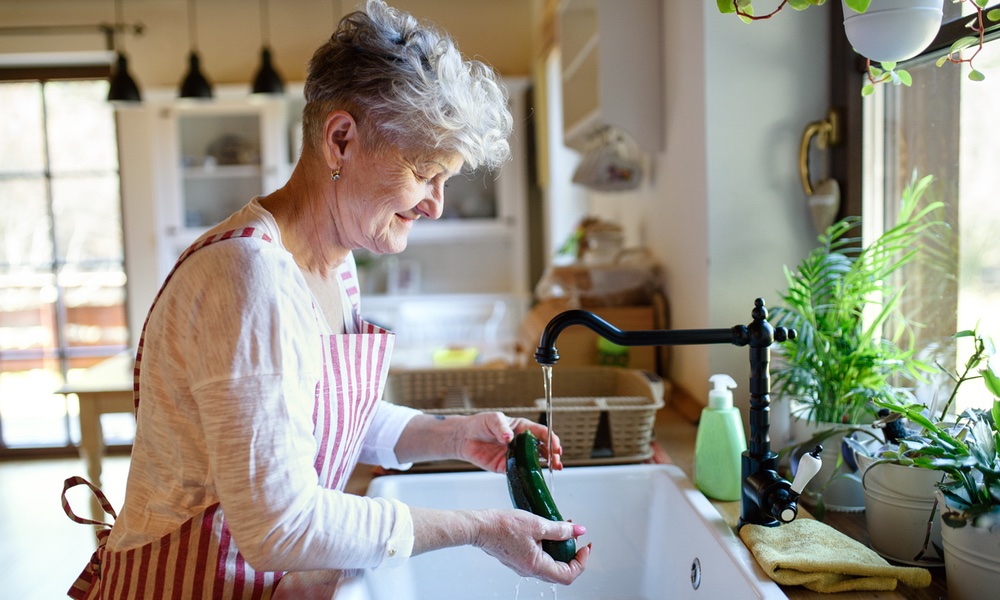 Leslie Carr
Movements we make every day — walking from room to room, dressing, cleaning — not only count as exercise, they protect against heart disease.

Exercise doesn’t have to be fancy. You don’t need a Peloton or elliptical trainer to give your body some of the benefits activity brings. It’s all about moving. Routine activities like cooking, gardening, housework — even something like showering — require that older people move, but they tend to be overlooked by the most common measures of physical activity.

Making sure that movement fills a decent portion of your daily life can reduce your risk of cardiovascular disease, a study has found. What made the study, led by researchers at the University of California San Diego, unique was that instead of focusing on activities like running and brisk walking, the researchers measured smaller movements during activities like cooking and cleaning.

Daily life movement included activities occurring when standing and walking within a room or patio, such as when getting dressed, preparing meals or gardening.

Each minute the women were awake was classified as involving activity in one of five categories using a machine-learning algorithm: sitting, sitting in a vehicle, standing still, daily life movement, or walking or running. Daily life movement included activities occurring when standing and walking within a room or patio, such as when getting dressed, preparing meals or gardening.

“[A]ll movement counts towards disease prevention,” first author, Steve Nguyen, a postdoctoral scholar at the Herbert Wertheim School of Public Health, said in a statement. “Spending more time in daily life movement, which includes a wide range of activities we all do while on our feet and out of our chairs, resulted in a lower risk of cardiovascular disease.”

Much of the movement seniors do is associated with daily life tasks around their homes, but this tends not to be considered physical activity, Andrea LaCroix, the senior author of the study and chief of the Division of Epidemiology at the Herbert Wertheim School of Public Health, explained.

ADVERTISEMENT
More exercise is always better, of course, but LaCroix suggests that if physical activity guidelines took daily life movements into account, it might encourage seniors to see themselves as more active beings and inspire them to move even more.