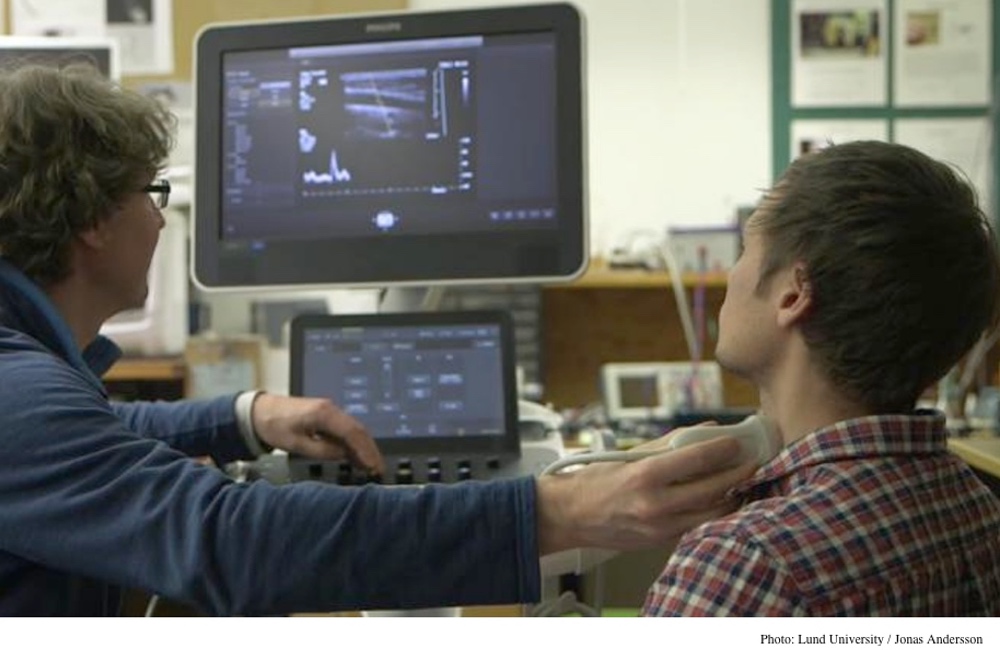 Neil Wagner
A new non-invasive approach to finding coronary plaques that are likely to cause a stroke.

Cholesterol plaques are fatty deposits that collect in arteries and can block blood flow. And when plaque ruptures, it can kill. Depending on where the broken piece lodges, it can cause a heart attack, stroke or even instant death.

Now Swedish researchers have found a way to use ultrasound to determine which plaques are likeliest to break off. Their initial results are 78% accurate.

We have known for a while that plaque most likely to rupture — also called unstable, vulnerable or soft plaque — had a different composition from more stable plaque. Stable plaque is largely composed of connective tissue (collagen) and smooth muscle cells.

Unstable plaque has a larger core and is rich in fat and macrophages, a type of white blood cell. It can also contain blood. But telling these two types of plaque apart while they were still in the body was difficult, if not impossible.

ADVERTISEMENT
Six years ago, Swedish researchers began trying to find a way to determine which plaques were rupture-prone. Since unstable plaques have a different composition, they reasoned there should be some way to test for this. Currently, surgical removal of plaque is generally performed only when a substantial amount of plaque has collected.

Ultrasound, a safe and painless way of producing pictures of the inside of the body using sound waves, seemed a promising choice. The method uses ultrasound gel and a small probe and placed directly on the skin (see photo above) to produce a scan capable of showing the characteristics of internal organs, veins and arteries.

Plaques deemed rupture-prone by ultrasound had larger cores, more macrophages and less collagen, in agreement with the standard definition of rupture-prone plaques.

Tobias Erlöv, a researcher in Lund University's Department of Biomedical Engineering, found a way to interpret these differences that showed up in an ultrasound scans of the carotid artery. It involved a mathematical calculation based on a measurement of the reflected sound waves called a center frequency shift. “The more harmful substances, the greater the so-called centre frequency shift,” explained Erlöv in a statement.

To assess the method's reliability, Erlöv performed ultrasound scans on 157 different portions of 18 plaques that had been surgically removed and on 39 patients scheduled for surgical removal of plaque from their carotid artery. These plaques were stained for fat, blood, smooth muscle cell and collagen content and examined under the microscope.

Because ultrasound is both harmless and inexpensive, the method has the potential for widespread use. The researchers predict that in the future, ultrasound scans will lead to the ability to perform vascular surgery at an earlier stage for dangerous plaques and will eliminate the need for surgery in other cases when plaques are less dangerous.

More studies are needed to confirm their results and validate the method. One such study involving 1,500 patients is now underway by Summit, a pan-European research consortium.

The study appears in Atherosclerosis.