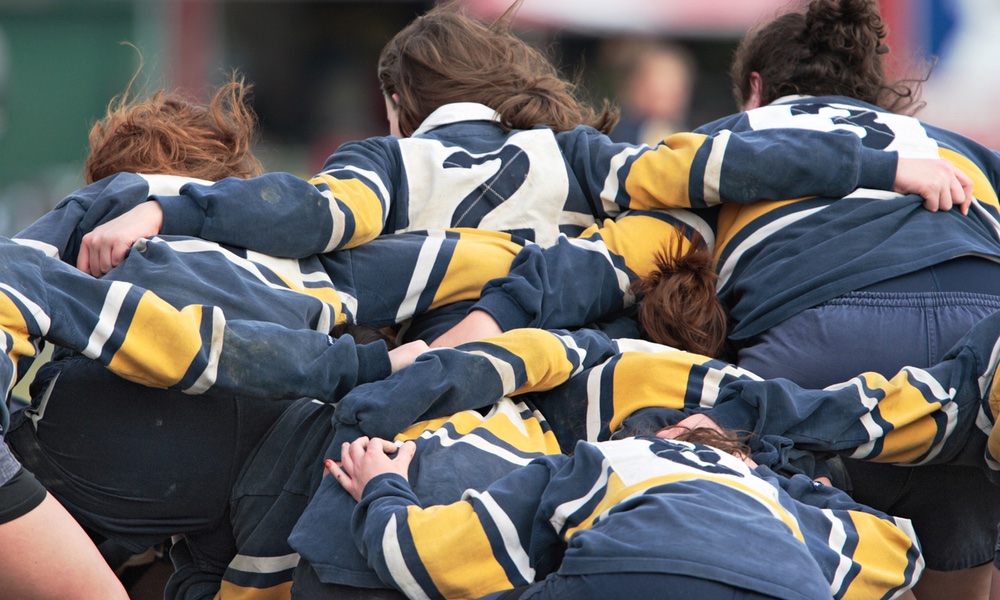 Neil Wagner
You don't have to have had a concussion to exhibit worrying brain changes; repeated hits will do it, a study of rugby players shows.

You've probably heard about the dangers of sports-related concussions by now. But there's also growing concern over the less forceful head impacts that occur in contact sports. A look at female rugby players finds that these knocks, too, can lead to changes in the brain.

These changes were seen in athletes who are otherwise healthy and appear symptom-free, but they are still concerning.

Rugby is one of the fastest growing sports in the United States. It's similar to football in many ways, but is much more demanding of an athlete. Players must play on both offense and defense, the game is 60 minutes long with no timeouts and there is only a five-minute halftime.

ADVERTISEMENT
When female college rugby players were compared to rowers and swimmers, differences were seen in MRI scans of their brains. All athletes were followed during the season and off-season and all were concussion-free six months prior to the start of the study and during the study.

Rugby players wore a headband with impact sensors during selected practices and a preseason game. The sensors were triggered by impacts of 15g or more. The sensors measured gravities, a unit of acceleration that reflects the force of a hit. Fully 70 percent of the rugby players experienced an average of two head impacts that exceeded 15 gravities during the two practices and one such impact during the preseason game. These impacts were verified by review of video taken during the sessions.

Rowers experienced no such head impacts.

Previous research has shown that head impacts too small to cause a concussion can add up and cause serious damage over time.

In the current study, MRI scans revealed a variety of differences between the brains of the rugby players and the rowers and swimmers.

ADVERTISEMENT
There were changes in the structure of the brain's white matter in rugby players, including in nerve fibers that connect areas of the brain that control basic emotions, like fear, pleasure and anger. In some of the rugby players, these changes grew larger as time passed. No such changes were seen in the brains of swimmers or rowers.

Only the players' brains showed differences when they were compared in-season and during the off-season. These differences were seen in the microstructure of the brain stem, an area of the brain that controls the flow of information between the brain and the body.

Rugby players also showed changes in the organization of their brain — connections between the areas of the brain that control memory retrieval and visual processing — compared to rowers and swimmers.

“Even with no concussions, the repetitive impacts experienced by the rugby players clearly had effects on the brain,” said study co-author, Ravi Menon, Professor of Medical Biophysics at Western University in Canada. “More research is needed to understand what these changes may mean and to what extent they reflect how the brain compensates for the injuries, repairs itself or degenerates so we can better understand the long-term health effects of playing a contact sport.”