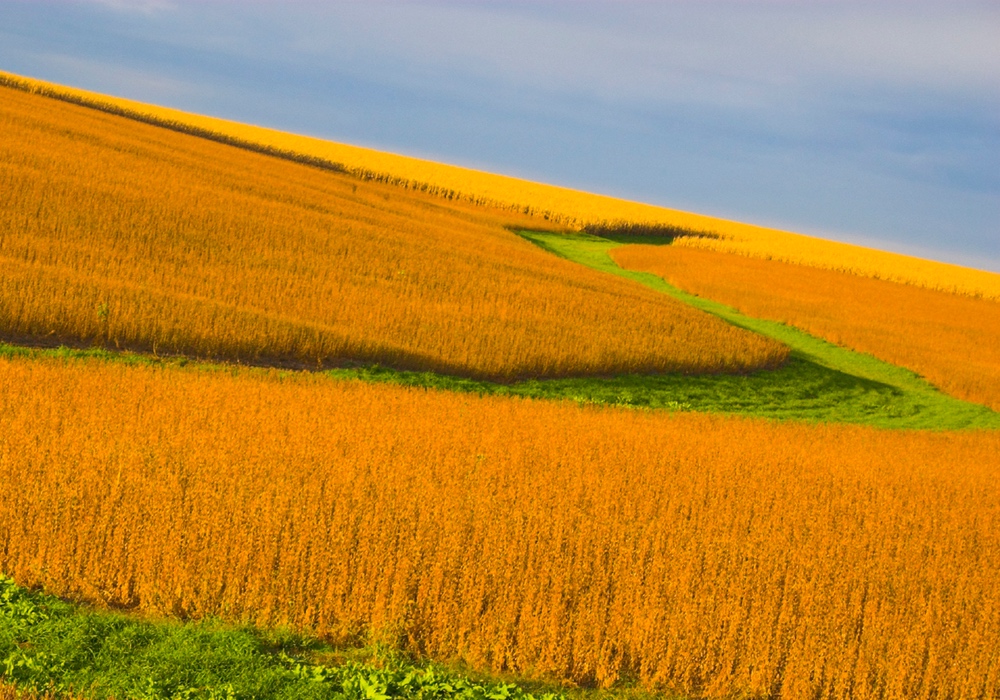 Leslie Carr
The steady growth in agricultural productivity over the past 60 years has stalled recently. Rising temperatures appear to be responsible.

Farms have basically been doing a good job of increasing crop yields over the years. Recently, however, those gains have stalled.

For the last 60 years or so, farmers' productivity has largely improved, thanks to agricultural advancements. But a study finds those gains are slowly being eroded by climate change. Global farming productivity is 21 percent lower than it could have been without climate change, losing about seven years of farm productivity increases since the 1960s.

...[C]limate change is already slowing us down,” Ariel Ortiz-Bobea, lead author of the study and an associate professor at Cornell University, explained, adding, “We find that climate change has basically wiped out about seven years of improvements in agricultural productivity over the past 60 years. It is equivalent to pressing the pause button on productivity growth back in 2013 and experiencing no improvements since then.”
ADVERTISEMENT
Climate science indicates the globe is about 1 degree Celsius warmer than without atmospheric greenhouse gases. The productivity declines appear to be greater in warmer parts of the world.

Weather data was an integral part of the model Ortiz-Bobea and Robert Chambers, a professor at the University of Maryland, developed in order to have an overview of agricultural productivity in both the presence and absence of climate change. The model linked year-to-year changes in weather and productivity measures with climate models over six decades.

“When a farmer makes an economic decision like what to plant in June, we won't necessarily know the outcome of that decision until 6 months later,” Chambers explained.

“So there is a distinct break between input and output, and random events like weather can severely affect that. Productivity is essentially a calculation of your inputs compared to your outputs, and in most industries, the only way to get growth is with new inputs. Agricultural productivity measurement hasn't historically incorporated weather data, but we want to see the trends for these inputs that are out of the farmer's control,” he added.

Using the model, Chambers and Ortiz-Bobea were able to more accurately measure the effect recent human-caused climate change had on what economists call “total factor productivity” — a calculation used to measure the growth of an industry, in this case, agriculture. As Chambers pointed out, however, agricultural productivity is different from that of other industries because it is to a large degree determined by something not directly under farmers’ control — weather conditions.

ADVERTISEMENT
“When we zoom into different parts of the world,” Ortiz-Bobea added, “we find that the historical impacts of climate change have been larger in areas already warmer, including parts of Africa, Latin America and Asia. Most people perceive climate change as a distant problem,” he acknowledged. “But this is something that is already having an effect. We have to address climate change now so that we can avoid further damage for future generations.”

As Chambers pointed out, “We are projected to have almost 10 billion people to feed by 2050, so making sure our productivity is not just stable but growing faster than ever before is a serious concern.”

The study is published in Nature Climate Change.