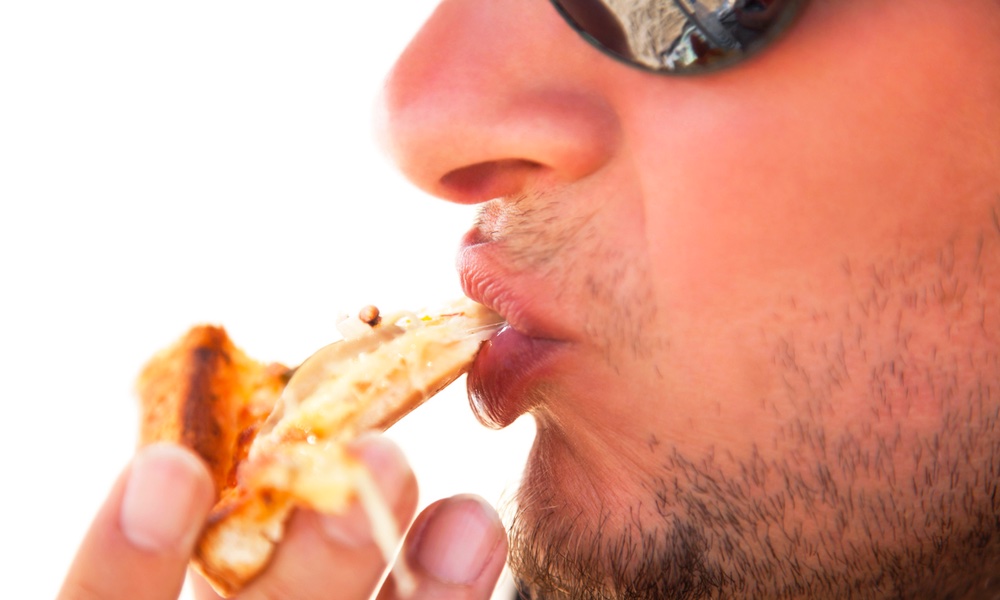 Proof of the Munchies

It’s a commonly held belief that smoking marijuana causes the munchies, making people crave food and binge-eat massive quantities of sweet, salty, fatty foods like chips and cookies. However, there has been no direct evidence showing that pot causes this infamous effect, until now.

A study compared food-buying trends before and after recreational marijuana use was legalized in Colorado, Oregon and Washington. It used scanner data collected on monthly purchases of junk food — cookies, chips and ice cream — from grocery stores, convenience stores, drug stores and mass distribution stores in 52 markets in more than 2,000 U.S. counties of the lower 48 states over ten years.

In states where marijuana has become legal, residents may want to stock up on healthy foods like popcorn, veggie sticks and hummus for when the munchies hit.

Purchases of ice cream increased by 3.1 percent, cookies by 4.1 percent and chips by 5.3 percent right after recreational pot sales began, the University of Connecticut and Georgia State University researchers found. Ice cream and chip purchase went down a little in the months after legalization took effect, but the increase in cookie purchases remained high.
ADVERTISEMENT
The numbers may seem small, but they are statistically and economically significant, according to researcher, Michele Baggio, of the University of Connecticut.

The trend was consistent in all three states. Other states that have legalized recreational marijuana were not part of the study because 18 months of buying data were not yet available.

The initial intent of the study was to look at links between the legalization of pot and an increase in obesity rates, but data that might show that were not immediately available, so the researchers chose to analyze trends in food sales. If legalizing marijuana causes rising rates of obesity, future research may need to address the health trends related to this policy decision, Baggio suggested. Policymakers and the marijuana industry may be interested in the developing research surrounding pot legalization when considering policies for the future.

“I'm not an advocate for legalization or not,” said Baggio, in a statement. “I'm just interested in whether there are unintended consequences to the policy.”

For some — such as cancer patients battling the nausea that treatment can bring — appetite stimulation may be a beneficial side effect of smoking pot, but everyone else risks piling on the pounds. Pot smokers might want to stock up on healthy foods like popcorn, tortilla chips and salsa, veggie sticks, whole grain crackers and hummus for those times when the munchies hit.

ADVERTISEMENT
The study is published by SSRN, the Social Science Research Network.
ADVERTISEMENT