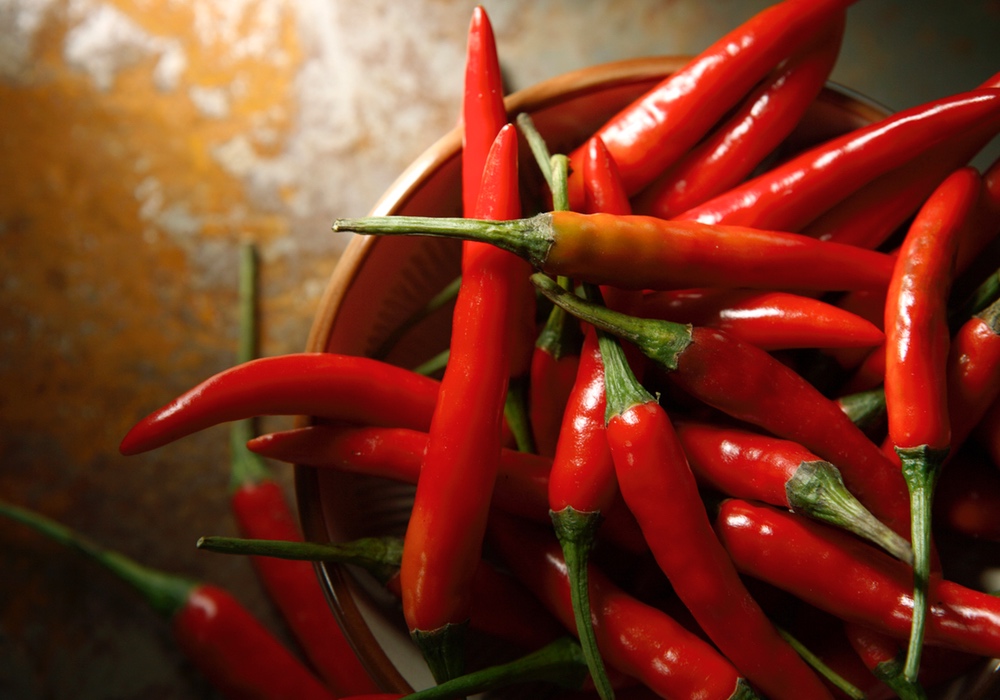 Beth Fontenot, MS, RD, LDN
Marijuana and the capsaicin in hot peppers get your gut and your brain talking to each other. A very good thing.

Marijuana and chili peppers are not often found in the same sentence together, let alone the same study, but according to new research, the unlikely pair has similar properties that could open up new possibilities for the treatment of diabetes and digestive ailments.

When both marijuana and chili peppers are consumed, they interact with the same receptor in the stomach that allows the brain and the stomach to communicate with each other, University of Connecticut researchers found.

Mice who were fed chili peppers had less inflammation in their guts. Those that had type 1 diabetes were actually cured.

When you bite into a chili pepper, an odorless, colorless chemical present in peppers called capsaicin binds to a receptor in your tongue and triggers a nerve that tells your brain, “That’s hot!” Those same receptors are found throughout the digestive tract, though their purpose there is not yet understood. So in an effort to learn more about these receptors, researchers focused their attention on the effects of capsaicin in mice.
ADVERTISEMENT
Mice who were fed chili peppers had less inflammation in their guts. Those that had type 1 diabetes were actually cured. When the researchers examined this at a molecular level, they discovered that capsaicin attached itself to a cell receptor found on certain cells throughout the digestive tract. In turn, the cells produced a substance called anandamide which generated a calming effect on the immune system. This is an interesting finding since type 1 diabetes appears to be caused by a problem with the immune system.

Cannabinoids found in marijuana are chemically similar to anandamide, and the mice that were fed anandamide directly enjoyed the same gut-calming effect.

Though it’s not known how or why anandamide might work to relay messages between the brain and the immune system, researchers suspect anandamide’s gut-healing effects are a result of its reactions with cell receptors that call in immune cells to reduce inflammation. The entire upper GI tract — esophagus, stomach and pancreas — are affected. Research continues to determine if the same effect is also present in the lower GI tract. These findings could have implications for people suffering from chronic illnesses of the stomach, pancreas and intestines.

More research is needed to determine if eating marijuana affects gut inflammation in humans, but now that it is legal in certain states, collecting that data may be possible.

ADVERTISEMENT
The study is published in the Proceedings of the National Academy of Sciences.
ADVERTISEMENT