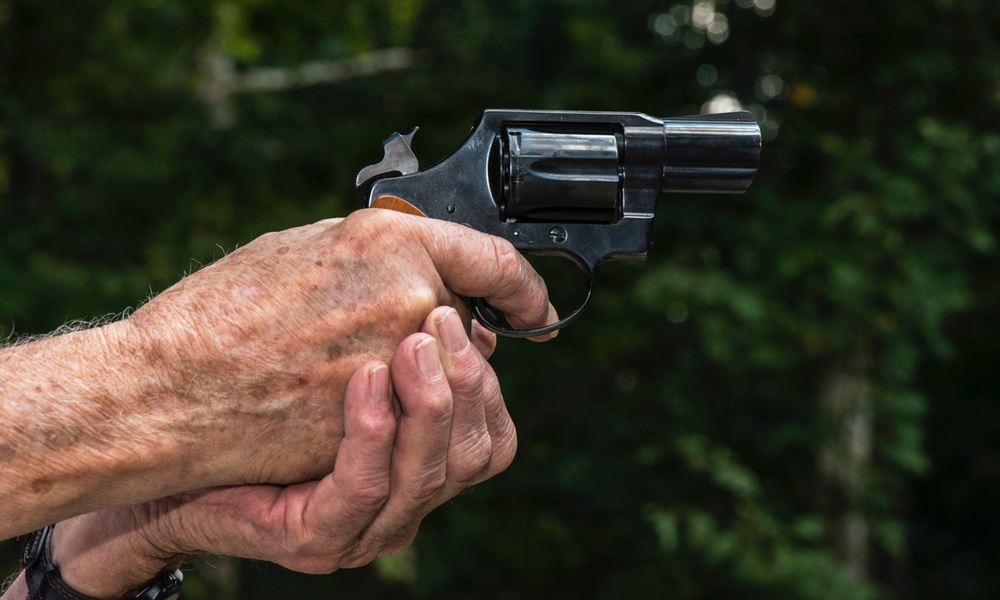 Neil Wagner
What do you do when a senior gun owner shows signs of dementia? Some guidelines for families and doctors.

When an elderly family member starts showing signs of dementia, it can be difficult to know when and where to step in. He or she may be competent in some areas, but forgetful in others. These calculations are even harder when a senior owns a gun.

People who can no longer drive safely can be taken off the road, but provisions rarely exist for removal of impaired people's guns. A recent article discusses why this needs to change and how that change starts with doctors becoming comfortable talking to patients, particularly older patients, and their families about guns.

Red flag laws allow police or family members to petition a judge to order the temporary removal of firearms from someone who may be a danger to themselves or to others. Similar laws could assist doctors and families of patients with dementia.

Older adults have the highest rate of gun ownership of any age group — 27 percent of people 65 and older own at least one firearm and 37 percent live in a home where there is a firearm present.
ADVERTISEMENT
Family members often talk to a parent's doctor about concerns with safe driving, getting lost, medication misuse or even use of the stove, but rarely do they talk about guns. Yet people who were once able to handle a gun safely may no longer be able to do so in the face of dementia, psychiatric illness or other disabilities. The results can be disastrous.

A case study included in the article in which an 80-year old man with Alzheimer's who lived alone shot and killed his longtime home health aide during a period of heightened confusion illustrates just what a bad combination guns and confused people can be. It goes without saying that the tragedy would not have occurred if his gun had been removed from the house or at least rendered inoperable.

The Alzheimer's Association recommends the removal of firearms before major concerns arise.

“Whether it's a question of taking away a person's car or gun, these difficult discussions don't get easier as the patient's mental state deteriorates,” said lead author Katherine Galluzzi. “It's critical for families to talk about this early and decide on power of attorney so someone can act in the best interest of the patient when they are no longer able to do it for themselves.”

Red flag laws have begun to appear in some states. These laws allow police or family members to petition a judge to order the temporary removal of firearms from someone who may be a danger to themselves or to others. Galluzzi, Professor and Chair of the Department of Geriatrics and Director of Comprehensive Care at the Philadelphia College of Osteopathic Medicine, notes that similar laws could assist doctors and families of patients with dementia.

ADVERTISEMENT
And until such laws exist, the responsibility to help falls on doctors. Not every senior with a gun is a danger, and long-time gun owners may feel vulnerable if their guns are taken away. A conversation with a healthcare provider may help. “There is no current legal framework for removing access to firearms owned by older adults with dementia, disability, or psychiatric illness,” the authors write. “Until those laws are enacted, the responsibility to address gun safety in this at-risk population of older adults must fall to their physicians.”

Understandably, many doctors may be unsure how to go about this. The article offers a framework to start with called the 5 L's. It consists of five questions:

The open access article appears in the Journal of the American Osteopathic Association.