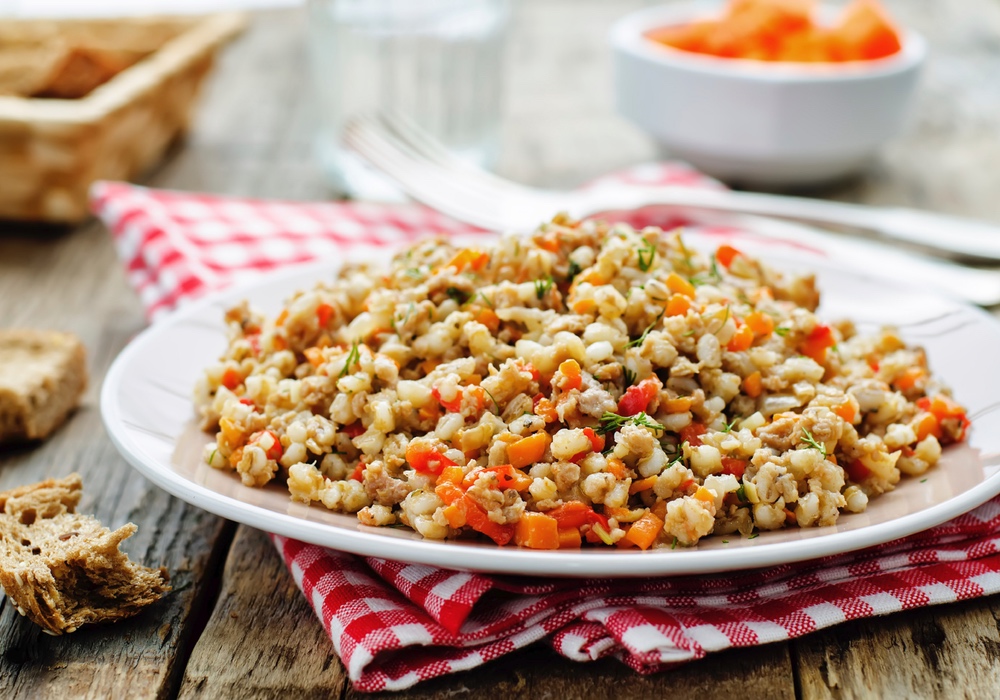 Changing the World, One Hamburger at a Time

Neil Wagner
Reducing the amount of red meat you eat isn't just good for your health, it's good for the environment, too.

Salads are cool. Literally. Eating salad can not only boost your health, it can also help keep the world a cooler place. A new study shows how even small tweaks to the diet can have a major, global effect on climate.

It all revolves around meat.

In all the diets, the source of about half the calories was changed. Fruit and vegetable intake was doubled and peas and dried beans (legumes) increased to replace the meat protein that was removed. Refined grains were partially replaced with whole grains. There were no changes made to added sugar, dairy, eggs, fish or non-red meat.

The team used previously published meta-analyses and other published research to estimate the effects of the changes in diet on both health and climate. “…[O]ur estimates are probably very conservative, both in terms of health and climate change implications,” said study co-author, David Cleveland. “Just changing half of the diet and including only some of the diseases associated with diets, we found a huge effect.”

But what may surprise you is the difference dietary change can make environmentally and in terms of healthcare costs. Eating less meat isn't just good for your heart; it was also responsible for a large drop in greenhouse gas emissions.

“Food has a tremendous impact on the environment,” explains Cleveland, a research professor in the University of California at Santa Barbara's environmental studies program and geography department. “That means that there is enormous potential for our food choices to have positive effects on our environment, as well as on our health and our health care costs.”

ADVERTISEMENT
It takes much water (nearly 2,000 gallons) and a lot of energy to raise just one pound of beef. Peas and legumes require considerably fewer resources and are easier to grow. Overall, the food system contributes about 30 percent of total U.S. greenhouse gas emissions, with the largest proportion coming from animal-based food.

The most modest of the diets got the estimates about a quarter of the way to California's goal of reducing emissions back down to what they were in 1990. The most stringent diet — when red and processed meat were totally eliminated — pushed them well beyond the goal, 134 percent of the way there.

Reducing or cutting out red and processed meat were projected to reduce greenhouse gas emissions by anywhere from 222 kilograms to 826 kilograms per person per year. National healthcare costs dropped by between $77 billion to $93 billion per year.

People can still change the world, one hamburger at a time, if they want to badly enough.