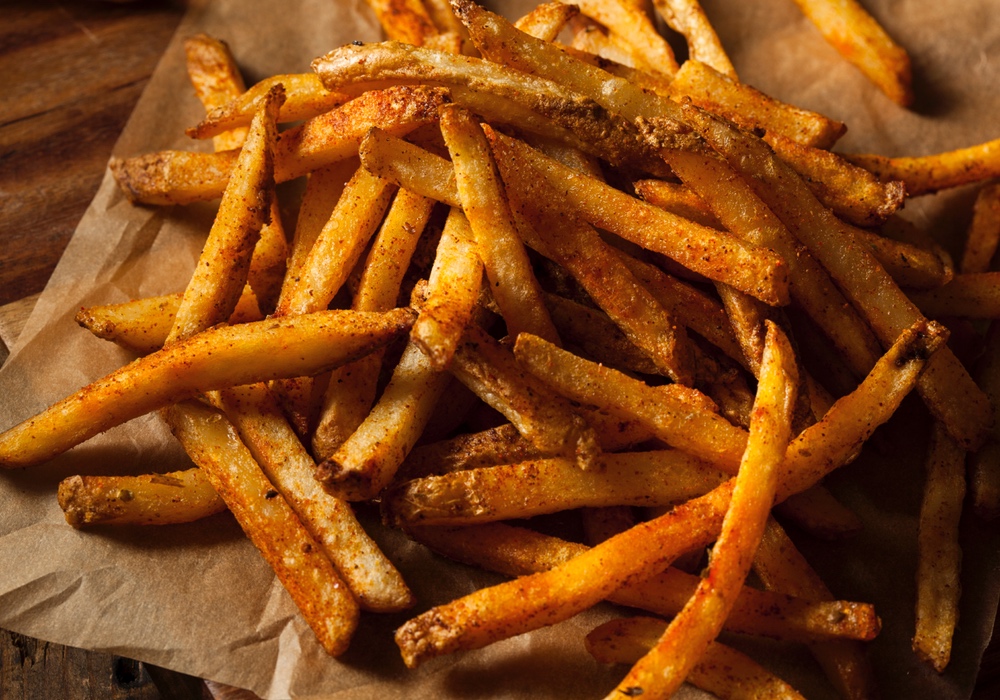 Neil Wagner
Chemicals in fast food wrappers can remain in your body for up to 10 years.

People who worry about the nutritional value of fast food may have more to worry about than the food itself. The packaging the food comes in may also be bad for your health.

When the food wrappers from 27 fast food chains were analyzed, researchers found chemicals called PFAS — per- and polyfluoroalkyl substances — in over a third of the wrappers and boxes that the food is sold in. The study did not include takeout containers, such as Chinese food boxes or pizza boxes.

From Carpeting to Dental Floss

The chemicals aren't illegal, but that doesn't necessarily make them safe. The FDA currently allows over 90 different PFAS in food packaging. They've also been identified in many other consumer products, such as stain-resistant carpeting, cosmetics and even dental floss. They resist oil, water and heat. And they've made their way into our food.

“This is a really persistent chemical. It gets in the bloodstream, it stays there and accumulates.”

“Scientists are not yet certain about the possible health effects resulting from human exposure to PFAS at levels typically found in our water and food,” according to the Agency for Toxic Substances and Disease Registry (ATSDR). But there are indications that PFAS may be quite harmful. Some studies suggest a wide range of ill effects from human exposure to certain PFAS, from decreased fertility to increased risk of cancer. According to the EPA, PFAS have been linked to adverse health effects in laboratory animals such as low birth weight, delayed puberty, elevated cholesterol levels and reduced immunologic responses to vaccination.

There is plenty of time to do more studies. Even if PFAS were banned today, they would still linger in our tissues for many years. The half-lives in the body of the three most-studied PFAS range from 3.8 to 10.5 years. And that's just how long it takes for the body to eliminate 50% of the chemical. So they will be around for a while. They're so widespread, they're even found in Arctic wildlife.

Hot and Greasy Foods Are the Worst
PFAS were ID'd in 56% of dessert and bread wrappers, 57% of Tex-Mex food wrappers, 38% of sandwich and burger wrappers and 20% of paperboard (think French fry containers). They were not seen in paper cups in this study, though the authors say that other studies have noted their presence.

And while the current study did not track the chemicals' journey from the fast food packaging into the food itself, other research has found that it does migrate from packaging into food. Hot and greasy food tends to pick up more.

ADVERTISEMENT
Yet another reason to order the salad.

The study looked at over 400 packaging samples from 27 different fast food restaurant chains in and around five different United States cities. Using particle induced gamma ray spectroscopy, the researchers detected fluorine in about one-third of them. As a check that the fluorine was indicative of PFAS, further analysis of 20 samples by liquid chromatography and mass spectroscopy showed that samples with higher amounts of fluorine did indeed tend to contain higher amounts of PFAS.

PFAS were found in 56% of dessert and bread wrappers, 57% of Tex-Mex food wrappers, 38% of sandwich and burger wrappers and 20% of paperboard (think French fry containers).

“This is a really persistent chemical,” Graham Peaslee, a professor in the College of Science at the University of Notre Dame who tested the samples, said. “It gets in the bloodstream, it stays there and accumulates. There are diseases that correlate to it, so we really don't want this class of chemicals out there.”

Perhaps most disturbing is that packaging from two food outlets that believed their food wrappers were free of PFAS, with one even asserting that they had received verification from their supplier, tested positive for a substantial amount of them during the study. So even people who think they're avoiding these chemicals may not be.

ADVERTISEMENT
Wax paper and aluminum foil are not currently known to contain PFAS. The authors hope the findings will encourage fast food restaurants to use these when wrapping food instead of the current treated packaging.

The study appears in Environmental Science and Technology Letters and is freely available.

For more information on PFAS, visit the ATSDR website.

RELATED STORIES
Why Environmental Regulations Are A Bargain
The Chemicals In Your Deodorant, Makeup, Shampoo
Harmful Chemicals In Everyday Products
LATEST NEWS