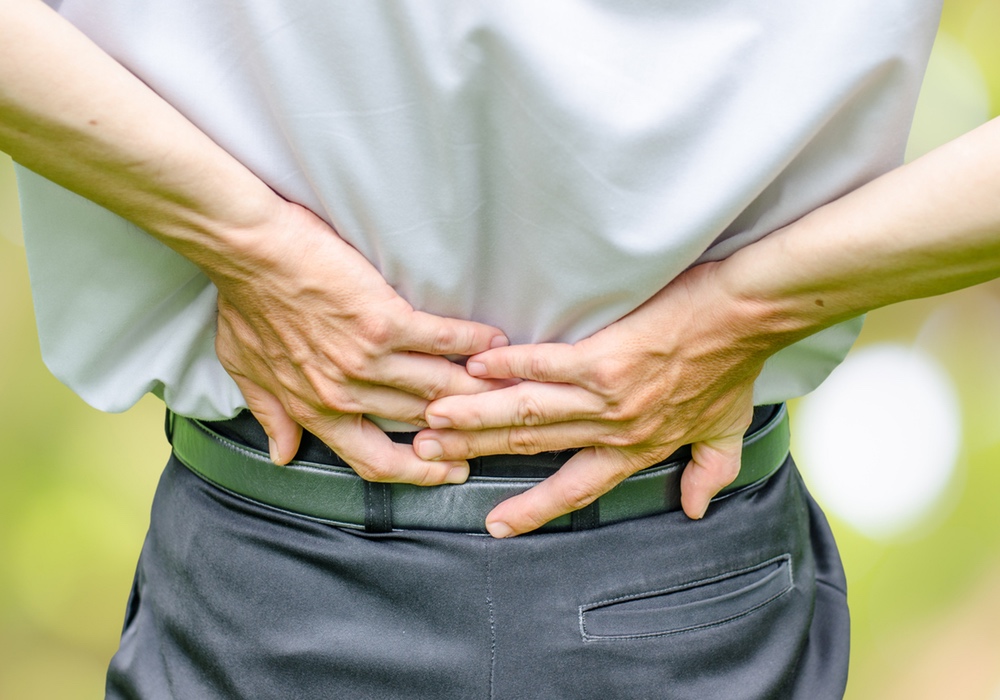 An Affordable Treatment for Lower Back Pain

Charlotte LoBuono
Yoga faces off against physical therapy as a low-cost way to treat lower back pain. The results are impressive.

Lower back pain, especially chronic back pain lasting more than three months, is debilitating and demoralizing. It affects about 10 percent of U.S. adults. Even though chronic lower back pain affects people at every socioeconomic level equally, it has a particularly significant impact on disadvantaged populations.

“Quite a bit of data exists that shows a lower income and lower education level are associated with less access to pain management and pain education, and fewer referrals to back specialists and medications,” Robert Saper, lead author of a new study looking at treatment for back pain, told TheDoctor. For this reason, lower back pain causes a tremendous amount of suffering and disability among low-income persons. And despite significant costs, patients are still unsatisfied with their treatment. Yoga may provide a low- or no-cost way for people with lower back problems to strengthen their spines and regain flexibility while to reducing back pain.

You can often find affordable yoga classes at local YMCAs and community centers.

The most commonly prescribed non-drug treatment for lower back pain is physical therapy, but yoga has also been found effective. Researchers wanted to see how the two compared and also were looking to find out if yoga could offer an inexpensive alternative to physical therapy or surgery.
ADVERTISEMENT
Studies of yoga for back problems have focused on predominantly white, middle- to high-income individuals who are more educated and had mild to moderate pain. In their study, researchers compared the effectiveness of yoga to that of physical therapy for alleviating chronic back pain in a group of lower income back patients.

Saper's team had no problem recruiting 320 people with chronic lower back pain from racially diverse, lower income neighborhoods in Boston. In a study taking place over 17 months, participants were divided into three groups: one group attended 12 weekly yoga classes, another group attended 15 physical therapy sessions, and a third group received an educational book and regular newsletters.

“What was remarkable was that many people were dubious we would be able to recruit people from these communities into a study featuring yoga,” said Saper, director of integrative medicine at Boston Medical Center and an assistant professor of family medicine at the Boston University School of Medicine.

People's willingness to try yoga probably speaks to back pain sufferers' need for relief and yoga's increasingly high profile as form of exercise that can improve mind and body. Yoga was found to be as safe and effective as physical therapy for the relief of chronic lower back pain. Those who did yoga or physical therapy were less likely than those who received educational materials to need pain medications after 12 weeks.

Unfortunately, low-cost yoga classes in lower-income neighborhoods are hard to come by. According to Saper, to improve the availability of yoga in poorer neighborhoods, there needs to be grassroots efforts by community groups and neighborhood hospitals to raise awareness of the benefits of yoga for lower back pain and other health issues. Health insurers might consider offering and reimbursing for therapeutic yoga classes like the one created for this study, he added.

ADVERTISEMENT
You can often find affordable yoga classes at local YMCAs and community centers. Saper recommended classes such as gentle yoga, restorative yoga and introductory hatha yoga as more likely to be appropriate for back pain sufferers.

Patients with chronic back pain should talk to their physician and make the decision with their doctor about the best treatment approach, Saper said. Clinical guidelines now suggest that non-drug approaches be used first when treating acute and chronic low back pain. Opioids should only be used as a last resort.