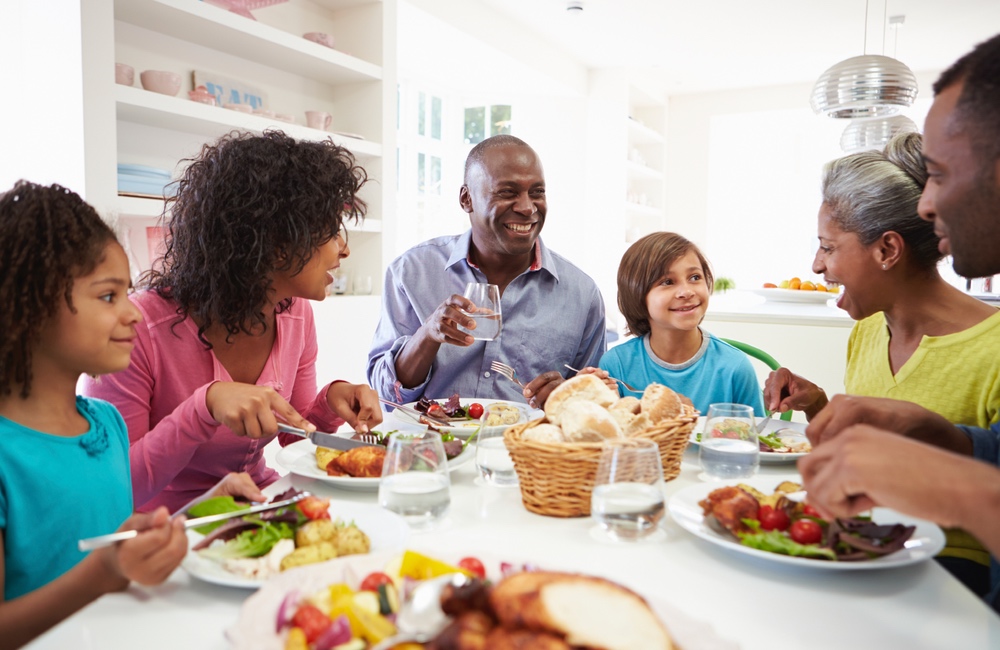 Why You Need to Eat at Home More

Beth Fontenot, MS, RD, LDN
Home-cooked meals used to be prized; now they are seen as inconvenient. But the health benefits of eating at home are undeniable.

Nothing beats a home-cooked meal. This is true in more ways than you may suspect. Food cooked at home not only tastes better for being freshly made, it’s also healthier.

Food cooked at home has less salt and less fat, but it is also better overall, according to a new study in which more than 400 adults were asked to provide information about their meals during the previous week, including those eaten at home and those eaten out. Researchers used the Healthy Eating Index (HEI), which measures compliance with the Dietary Guidelines for Americans, to score how healthy participants' diets were. Currently, only about a fifth of the U.S. populace meets the Dietary Guidelines for Americans.

About half of all food dollars spent in the U.S. are spent outside the home.

Households that ate home-cooked meals about three times a week scored 67 out of a possible 100 on the HEI. Those that ate at home six times a week increased their score to 74.
ADVERTISEMENT
And for those who think it costs more to eat healthy, the study found that monthly food expenses were no higher when more meals were eaten at home.

The biggest factor affecting cooking at home was household size — families with more children ate at home more frequently than those with fewer kids.

Scheduling issues and time constraints in dual-income families are two of the obstacles to cooking at home. They make cooking at home on a regular basis difficult for a large segment of the population. About half of all food dollars spent in the U.S. are spent outside the home.

There's a win-win for everyone in these findings, a compromise that could work and make Americans healthier. To increase the healthy eating scores of everyone, meal preparation at home needs to be promoted, and retailers and restaurants should be encouraged to offer prepared foods that are both healthy and affordable.

ADVERTISEMENT
The study is published in the American Journal of Preventive Medicine.
ADVERTISEMENT