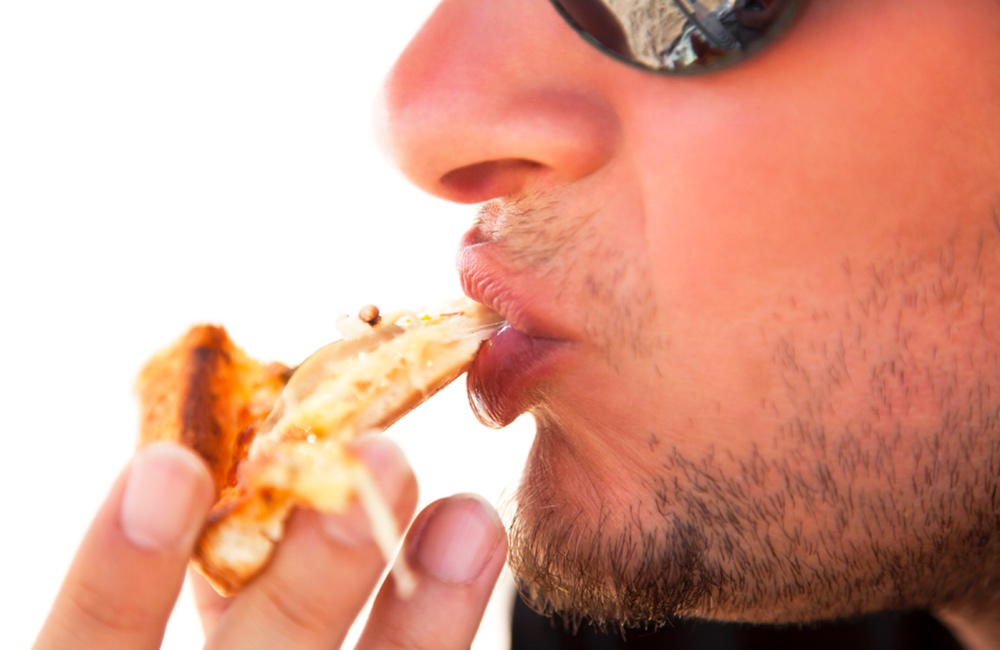 Neil Wagner
Fathers are good for many things, but feeding kids healthy food isn't usually one of them.

It's a common childhood memory: Mom's dinners were nutritionally balanced, but when Dad took over, pizza and hot dogs ruled. Now a study of San Francisco families both confirms and sheds light on this dynamic.

Even in the 21st century, feeding the family tends to be Mom's responsibility. And while women would appreciate a little more help from their men, they're also right to be a little afraid of what would happen if they got it.

One mom complained that her husband bought six boxes of microwave popcorn but no apples because they were too expensive.

The fact is that Dads' eating habits are usually far less healthy than Moms' are, at least according to 41 of the 44 families in this study. One 14-year-old speculated that drinking Tang was the only reason his dad didn't have scurvy.
ADVERTISEMENT
There was general agreement among the families about what healthy foods are: fruits and vegetables are healthy; soda and fast food are much less healthy. The only real area of disagreement was about meat, which dads generally considered healthier than moms did.

Researchers looked at the eating and grocery shopping habits of 44 middle and upper-middle class San Francisco Bay families with at least one teenager living with them. They conducted in-depth interviews with 42 mothers, 53 teens and 14 fathers.

Family members were well aware of what was going on in their pantries and at their dinner tables.

Moms did most of the cooking and grocery shopping. And while they liked help from the dads, they weren't always pleased with the result. One mom complained that her husband bought six boxes of microwave popcorn but no apples because they were too expensive. Dads understood that their food choices were less healthy than Mom's. They seemed more concerned about getting their children to eat than about what they were actually eating. And teens knew how to take advantage of the situation: if they wanted chips, cookies or fast food, the way to get them was through Dad.

Study author, Priya Fielding-Singh, explains the dad mindset: Dads weren't trying to hurt their kids' diets or make Moms's lives harder by not taking on the responsibilities of food work. “It's not that the husbands were trying to be unfair to their wives. They simply didn't see it as their responsibility to be making sure that kids were eating healthy — they saw it as Mom's responsibility.” And moms, she added, saw it that way too.

ADVERTISEMENT
Mom's approach to food and nutrition may once have been closer to Dad's but once she became a parent, according to the interviews, she began to see making sure that the children ate healthy food as a moral imperative.

Are parents permanently passing these attitudes on to their children? Children are clearly learning that feeding the family and especially feeding the family healthy food are Mom's responsibilities. And while attitudes can certainly change, eliminating this division of labor may take a long time: only two of the 14 dads in the study showed any desire to be more involved in their family's food work.

The study appears in Appetite.