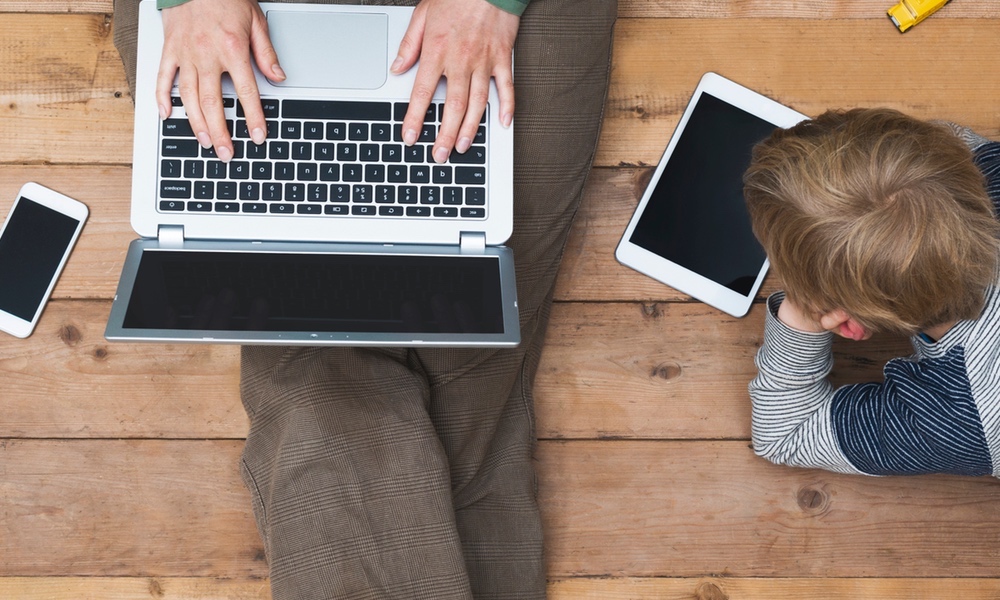 Spending lots of time looking at your phone, laptop or tablet's screen is not the key to happiness. This has been found to be true for adults, and screen time also seems to be particularly risky for children and teens, whose brains are still developing.

Screen time has been linked to poorer mental health in kids and teens, and a new study builds on this finding, reporting links between screen time and mental health issues may be seen in kids as young as two years old.

Teens spending seven hours per day on screens were twice as likely to have been diagnosed with depression or anxiety, compared to teens who spent just an hour on screens.

A U.S. Census Bureau survey that was sent out to over 40,000 families in 2016 asked parents of children from 2 to 17 years old about their children’s lifestyle habits, including daily screen use — cell phones, computers, electronic devices, electronic games and TV. It also asked about their children’s psychological well-being and behavior, including distractibility, argumentativeness, ability to finish tasks, curiosity, friendships and emotional stability, as well as any diagnoses of mental health disorders like depression or anxiety.
ADVERTISEMENT
More Screen Time, Poorer Mental Health

Then the researchers looked to see if there were connections between screen use, mental health and behavioral measures.

One of the most striking findings was that teens spending seven hours per day on screens were twice as likely to have been diagnosed with depression or anxiety, compared to teens who spent just an hour on screens.

A similar trend was found for teens regarding finishing everyday tasks: the more time they spent on screens on average, the less likely they were to finish tasks they started.

The more time preteens spent on screens, the less curious they were about learning new things.

“At first, I was surprised that the associations were larger for adolescents,” said study author, Jean Twenge, who has been studying the effects of screens on kids for years. “However, teens spend more time on their phones and on social media, and we know from other research that these activities are more strongly linked to low well-being than watching television and videos, which is most of younger children's screen time.”

Younger kids also showed differences in their behavior, however. Preschoolers who spent more time on screens were twice as likely to “often lose their temper” and 45 percent more likely to be unable to calm down when excited.

Preteens, aged 11 to 13, also showed concerning changes. The more time they spent on screens, the less curious they were about learning new things.

In general, parents of children and teens with heavier screen use reported more emotional control issues than kids with less screen use — for instance, not staying calm, arguing too much, being difficult to get along with — and increased difficulty making friends.

There are many reasons why screen time might negatively affect mental health, especially in teens. Social media is more likely to make up the bulk of teens’ screen use, and social media itself is linked to poorer mental health, in part because it may be replacing in-person social interaction. And kids may often have their phones out during in-person social interaction, which could negate the usually positive effects of time spent with peers.

For kids aged two to five, it's a good idea to follow the American Academy of Pediatrics recommendations — limit screen use to an hour a day or less and encourage high-quality programs — the San Diego State University and the University of Georgia researchers say, adding that limiting screen use to a maximum of two hours a day for older kids and teens might also be warranted at this point, given the growing body of research.

It’s probably best to limit your kids’ use of screens, as much as is reasonable, when they’re young. For preteens and teens old enough to understand, it's a good idea to have a discussion about the connection between screen time and depression and poorer mental health, and encourage them to cut back on their own.

The study is published in the journal Preventive Medicine Reports. Jean Twenge is the author of the book, iGen: Why Today's Super-Connected Kids Are Growing Up Less Rebellious, More Tolerant, Less Happy -- and Completely Unprepared for Adulthood.