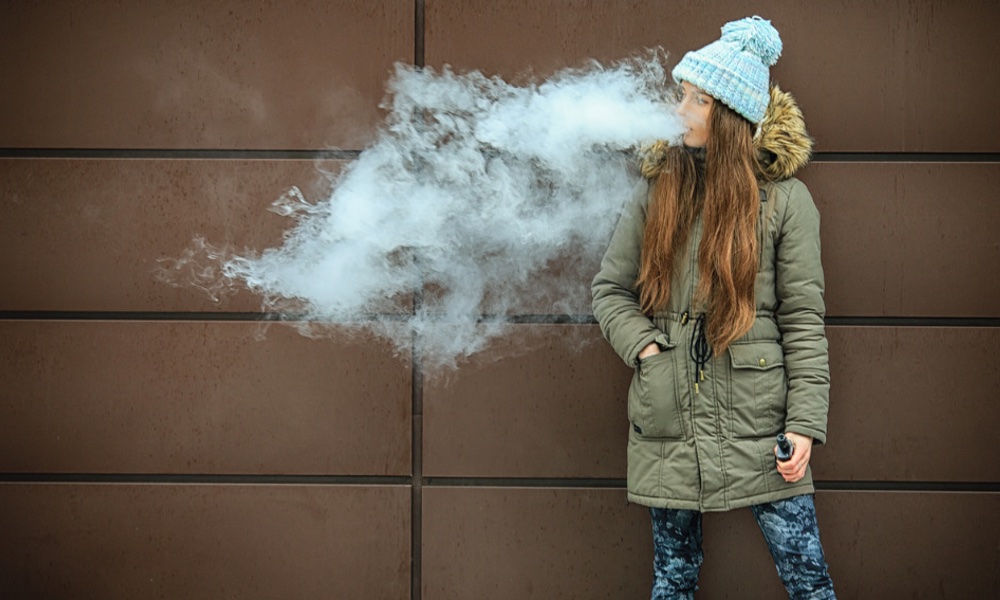 Cannabis Vaping On the Rise in Teens

More and more kids are vaping pot. It's easy to try and to hide. Knowing the patterns associated with picking it up can help curb its use.

As marijuana use has been legalized in some states, cannabis products that can be vaped are growing in popularity and availability. Because of the high levels of tetrahydrocannabinol that can be delivered via vaping devices, and the lung injuries attributed to vaping cannabis that have been documented in teens, parents and teachers of teens are concerned.

Teens are vaping cannabis more frequently, and those who also use nicotine or alcohol are much more likely to vape, according to a study by researchers at Columbia University and the University of Michigan.

The 6.5 percent increase of cannabis vaping among high school seniors between 2018 and 2019 was the second largest one-year increase in substance use ever tracked.

Understanding the popularity and patterns associated with cannabis vaping among teens is important information for prevention. “Given rising concerns about the safety of cannabis vaping and the transition to cannabis use disorder, these findings indicate the need for public health intervention and increased regulation,” Katherine Keyes, the first author on the study, said in a statement.
ADVERTISEMENT
Teens’ use of cannabis could have serious implications for their mental health. It also raises the likelihood they may use more addictive drugs, Noah Kreski, corresponding author on the study, told TheDoctor. “Addressing broader patterns of substance use and subsequent mental health effects can be difficult, but hopefully, highlighting these effects can help healthcare professionals provide teens with the comprehensive care they need,” they said.

As the reported frequency of vaping cannabis went up, the frequency of smoking cannabis declined. “Given that it is easier for adolescents to conceal vaping cannabis compared to smoking it, vaping may facilitate more frequent use,” Keyes, a professor of epidemiology at the Columbia University Mailman School of Public Health, explained.

It’s easier for adolescents to conceal vaping cannabis compared to smoking it, and this may lead to more frequent use.

There is a strong social component to vaping that is also likely to contribute to the increase, along with advertising, particularly through social media. “Adolescents often borrow vaping devices from friends, so even if you don’t have your own device, it can be an accessible form of substance use,” Kreski, a data analyst at the Mailman School of Public Health, said. As more teens vape, it becomes normalized, socially acceptable. This is also likely to encourage non-vaping teens to start.
ADVERTISEMENT

Smoking and drinking are also factors affecting vaping. Teens who reported smoking or vaping nicotine were more than 42 times more likely to also report they had vaped cannabis within the last 30 days. Those who reported 10 or more sessions of binge drinking within the last two weeks were about 10 times more likely to have vaped cannabis within the past 30 days. In addition, Kreski said, teens who socialized more in unsupervised settings at parties or other locations, and those whose social networks included people who were a little older — such as teens who have a weekend or after-school job — had both higher rates of nicotine use and binge drinking.

The study is published in the journal Addiction.

RELATED STORIES
A Link Between Cannabis And Schizophrenia?
What Your Mouth Has To Say About Vaping
Marijuana And HIGHway Driving
LATEST NEWS