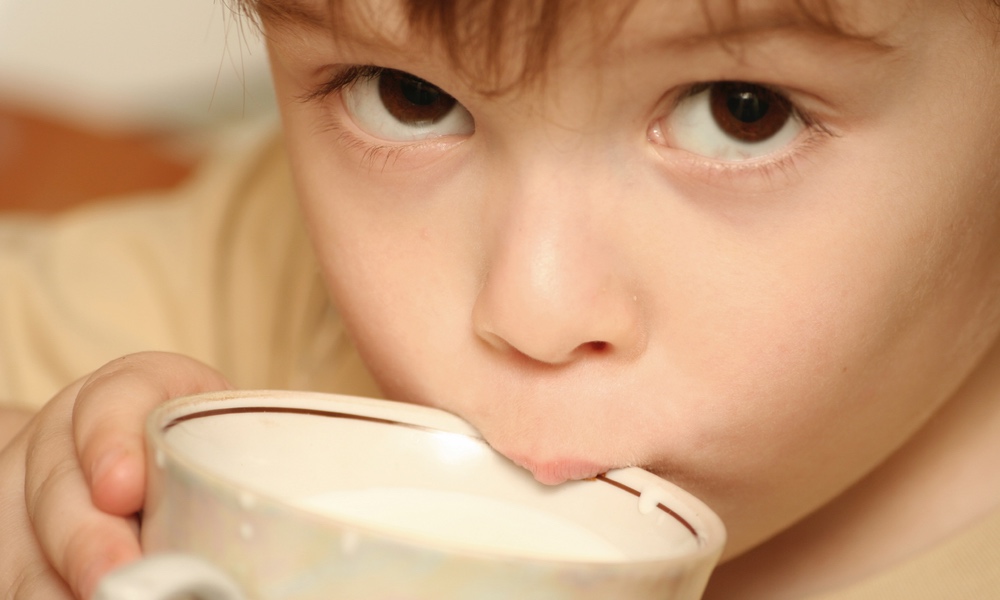 Not All Milk Makes the Grade

The importance of breast milk, formula and cow's milk is undeniable. But many caregivers are still giving kids unrecommended milks.

Milk is an important part of babies’ and toddlers’ diets, and they need the right kind of milk to thrive and develop properly. A concerning new study reports that many young ones are not being given the recommended kinds of milk by their caregivers.

Breast milk or infant formula provide 100 percent of an infant’s calories until they begin eating solid foods somewhere around the age of six months. After that, a significant amount of their nutrition still comes from cow’s milk. Toddlers need milk for adequate calcium and vitamin D in addition to certain dietary fats required for normal growth and brain development.

Non-recommended sources of milk include anything but breast milk or formula for infants, as well as toddler milks and “milks” made from plant sources.

Parents, grandparents and other caregivers may not be aware of the potential for dehydration, undernutrition and nutritional deficiencies that can adversely affect a child’s growth and development if they do not provide their infant or toddler with the type of milk that is appropriate for their child’s age.
ADVERTISEMENT
The American Academy of Pediatrics recommends that infants drink only breast milk or commercially prepared infant formula until their first birthday. After that, babies should be transitioned to whole cow’s milk for the next year and to low-fat cow’s milk at the age of two.

To get a picture of what types of milk caregivers were giving to young children under their care and why, St. Louis University researchers surveyed the primary caregivers of infants (6-11 months), infants in transition (12 months) and toddlers (13-36 months) across the country. Sociodemographic factors like income, education, ethnicity and location that might play a role in the types of milk caregivers from diverse backgrounds gave their children were studied as well.

About two-thirds of caregivers were serving their infants appropriate forms of milk — breast milk or commercially prepared infant formulas — and giving their toddlers only cow’s milk. However, over one-third of the caregivers said they had served at least one of the non-recommended forms of milk to their infant in the past month. Most caregivers in this group said they provided them every day.

Non-recommended sources of milk include anything but breast milk or formula for infants, as well as toddler milks and “milks” for toddlers made from plant sources.

The majority of toddlers' caregivers reported not following the recommendation to give their child only cow’s milk and said they continued the use of infant formulas or toddler milks or plant milks in addition to cow’s milk. The findings reveal the need for public health education and guidance on infant nutrition from healthcare providers such as pediatricians and registered dietitian nutritionists.

ADVERTISEMENT
The type of milk an infant or toddler was given was associated with their age, the household income, the caregiver’s race and ethnicity, as well as the marketing claims made by the various kinds of milk. More research is needed to understand how milk product claims are interpreted by diverse populations and the role marketing plays in perpetuating health disparities.

The study was published in the Journal of Nutrition Education and Behavior.

RELATED STORIES
Kefir's Benefits For The Heart
The Heavy Metals In Your Baby's Food: Part Two
What Kids Need To Drink
LATEST NEWS