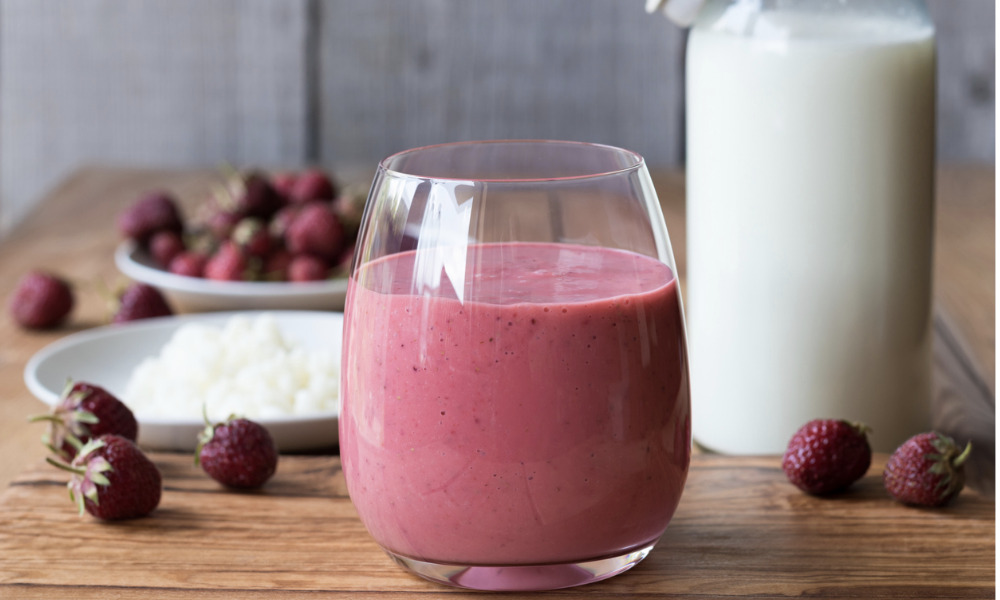 Kefir's Benefits for the Heart

Imagine there’s a natural elixir that lowers cholesterol, keeps blood pressure in check and may even help to control blood sugar levels. Well, a new study suggests that kefir, a drink made from cultured milk, may help our cardiovascular health in just those ways.

While kefir may seem like an exotic drink to many Americans, it’s been popular in Eastern Europe for generations and has been gaining favor here too, especially when it comes to bolstering probiotic health.

Those participants who drank kefir showed a decrease in blood pressure, lower fasting blood sugar and decreased levels of low-density lipoproteins or LDL, the “bad” cholesterol.

Kefir is similar to yogurt, but there are differences: while yogurt is creamy, kefir is a liquid. And while yogurt is the fermentation of bacteria, kefir is a combination of bacteria and yeast fermentations. This combination is called “kefir grain.” Though there’s no gluten it because it’s not like grain in wheat. The taste? Unsweetened, kefir is tart and tangy, like plain yogurt, and might also seem a bit carbonated because of the fermentation process. Most often, however, it is blended with fruit and sweetened just as yogurts are, making it resemble a drinkable form of yogurt.
ADVERTISEMENT
To find out if this intriguing drink is really helpful for our hearts, Brazilian pharmaceutical and physiology researchers at the University Vila Velha and the Federal University of Espirito Santo studied the data of 48 patients who were diagnosed with metabolic syndrome, a disorder that increases a person’s risk of heart attack, stroke and diabetes.

According to the American Heart Association, over 34 percent of Americans have the condition. Signs of metabolic syndrome include:

The patients with metabolic syndrome were divided into two groups of twenty-four. Over the course of 12 weeks, one group drank kefir every day, while the control group drank a placebo. Neither group was aware of which liquid they were drinking.

The results were promising. Those participants who drank kefir showed a decrease in blood pressure, lower fasting blood sugar and decreased levels of low-density lipoproteins or LDL, the “bad” cholesterol.

ADVERTISEMENT
Female patients in the study also increased their good cholesterol level. Because the findings were so promising, the study’s researchers predict it is possible that these improvements could result in the reduction of their risk of cardiovascular events over ten years.

This isn’t the first look at kefir’s heart healthy benefits. In 2019 researchers studied kefir’s effect on rats and concluded that the yogurt-like liquid helped to strengthen the rodent’s heart’s blood-pumping action. In addition, there are several studies supporting kefir’s probiotic benefits.

“Kefir” comes from the Turkish word keyif which refers to the “good feeling” a person experiences when they sip the stuff. Some of that good feeling may extend to our hearts.

The study is published in PharmaNutrition.