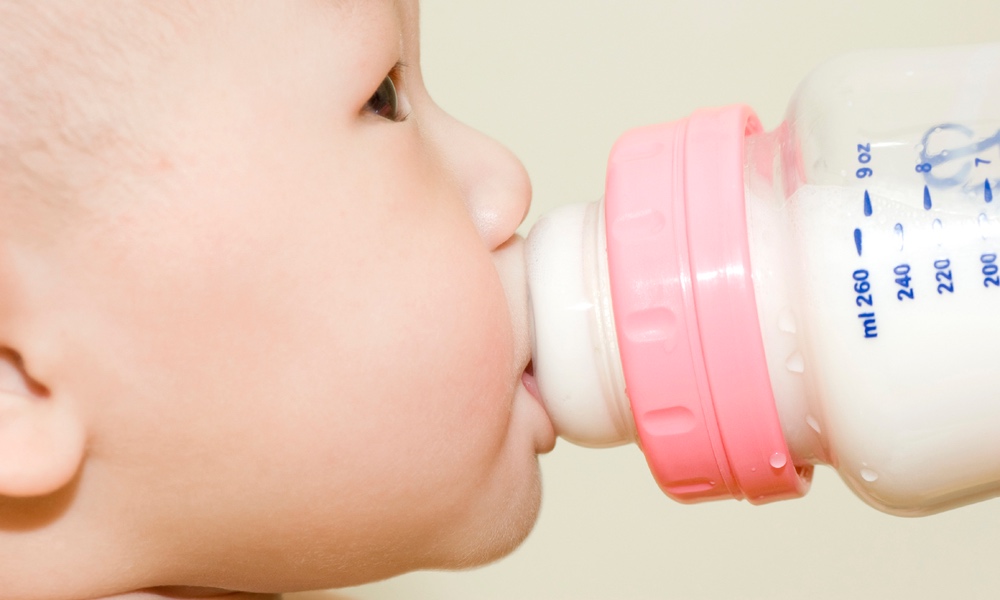 Beth Fontenot, MS, RD, LDN
Adding a component of milk lost in homogenization back in can make formula more like breast milk.

Breast milk is the gold standard when it comes to feeding babies, but many moms can’t or choose not to breastfeed. Infant formula is a reasonable substitute, but it still can’t compare to mother’s milk. There may be a way formula can come close to breast milk, however. Adding a component of human breast milk — milk fat globule membrane (MFGM) — to commercial infant formulas may bring them closer nutritionally to the composition of breast milk and its many benefits, a study has found.

The World Health Organization (WHO) and the American Academy of Pediatrics (AAP) recommend that infants be fed breast milk exclusively until the age of six months. Once appropriate solid foods have begun to be added, breastfeeding can continue up until 12 months, according to the American Academy of Pediatrics (AAP); or 24 months, according to the World Health Organization, or even longer.

MFGM is a membrane that normally surrounds fat particles in milk, but it is broken up when cow’s milk is homogenized, removing potentially valuable nutrients.

Most new moms who are able to breastfeed quit by the time their babies are six months old, so many babies around the country and the world are given infant formula instead. As a result, they lose some of the special nutritional properties found only in breast milk.
ADVERTISEMENT
MFGM is a membrane that normally surrounds fat particles in milk, but it is broken up when cow’s milk is homogenized, removing potentially valuable nutrients. “Normal milk, including human milk, is composed of fat droplets which are surrounded by a membrane containing potentially important nutrients, including proteins, sugars and lipids. In homogenized formula, the droplets are broken up, and these membrane nutrients are typically removed,” researcher, John Colombo of the University of Kansas, explained in a statement.

Over 450 babies were included in the study, which was sponsored by infant formula maker, Mead Johnson Nutrition. The infants were assessed by an often-used test of neurodevelopment, the Bayley Scales of Infant Development. Babies who received formula with added bovine MFGM and bovine lactoferrin, a protein, had higher scores, an increased neurodevelopmental profile and better prolonged attention at age one, and somewhat improved language skills at 18 months. They also appeared to have fewer gastrointestinal and respiratory problems up to the age of 18 months. Adding MFGM to formula did not affect infants’ physical growth.

Research on MFGM is in its early stages, but when added to infant formula along with bovine lactoferrin, it appears to produce an infant formula closer to the composition of human milk and contributes to better outcomes.