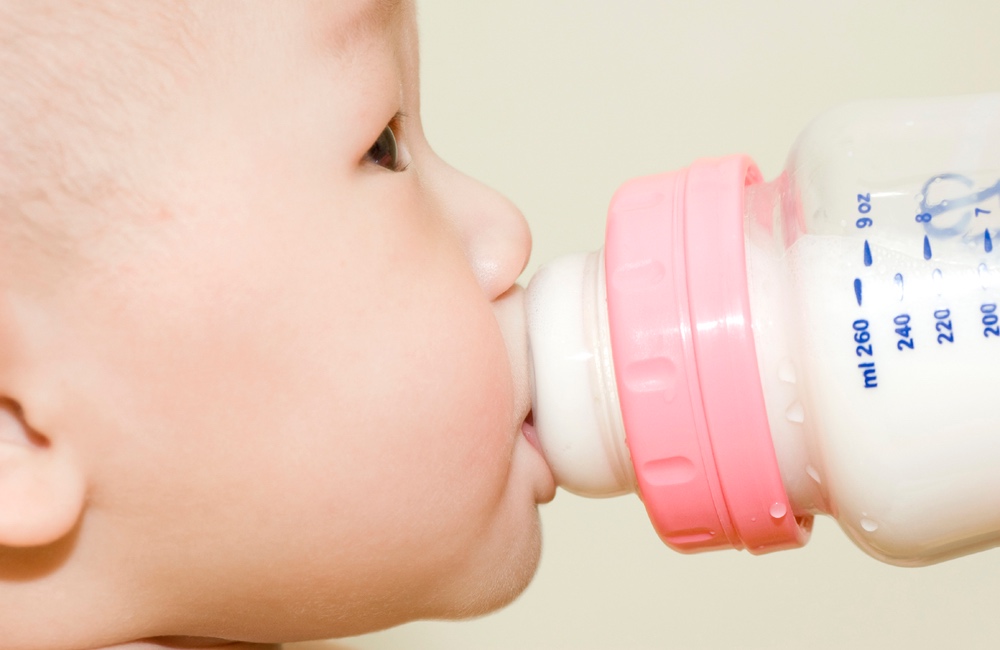 Formula As Good As Mother's Milk

Esther Entin, M.D.
An ingredient in breast milk makes it especially good for babies' digestive tracts and growth. Now, if we can just add it to formula.

A human mother's milk is produced specifically to meet the requirements of her offspring. From the earliest colostrum, to mature milk, breast milk is a dynamic liquid food that changes as the infant's needs change.

A partnership that assures that breast fed infants will have an appropriate supply of beneficial bacteria in their systems to help them develop and thrive.

In addition to vitamins, minerals, protein and fat, breast milk contains thousands of bioactive molecules that play a role in protecting the infant against infection and inflammation. They contribute to the development of the infant's own immune system, and influence organ development.
ADVERTISEMENT
A baby's gastrointestinal system contains a variety of bacteria (gut microbiota) just the way adults' do. A recent study identified more evidence for the unique partnership between a mother's milk and a baby's digestive system.

Much has been written recently about the importance of the bacterial population in the human gastrointestinal system. This diverse group of bacteria — your microbiome — changes through the life cycle and has an important role in health including aiding in digestion, vitamin synthesis and metabolism. An infant's microbial population includes a bacteria, Bifidobacterium longum subsp. infantis (B. infantis), which is specifically important to the digestive and immune health of infants.

B. infantis has the ability to use the specific nutrition provided by human milk to fuel babies' growth, the researchers found. They identified a component of human breast milk, called glycoproteins, that provides the perfect food for the B. infantis; and B. infantis contained the exact enzyme that is necessary to break down the milk glycoproteins into smaller useable nutrients called oligosaccharides.

This partnership, or symbiosis, assures that breast fed infants will have an appropriate supply of beneficial bacteria in their systems to help them develop and thrive.

If the bioactive compounds in breast milk could be introduced into infant formula, it might also promote the growth of beneficial gut bacteria.

The researchers wondered whether the beneficial B. infantis could also break down glycoproteins in cow's milk so they could be used as an energy source. They found that the enzyme worked as well on cow's milk glycoproteins and that the released oligosaccharides were a robust source of nutrient for the growth of B. infantis.
ADVERTISEMENT

The finding suggests that if the bioactive compounds in breast milk could be introduced into infant formula, it might also promote the growth of beneficial gut bacteria, and provide an attractive option for infants and mothers who are unable to breast feed.

The World Health Organization, the American Academy of Pediatrics and other organizations have endorsed breast milk as the optimal first food choice for infants, but this research opens a way toward enriching infant formula so that it may eventually be able to offer babies some of breast milks many benefits.

The study is published in Applied and Environmental Microbiology.