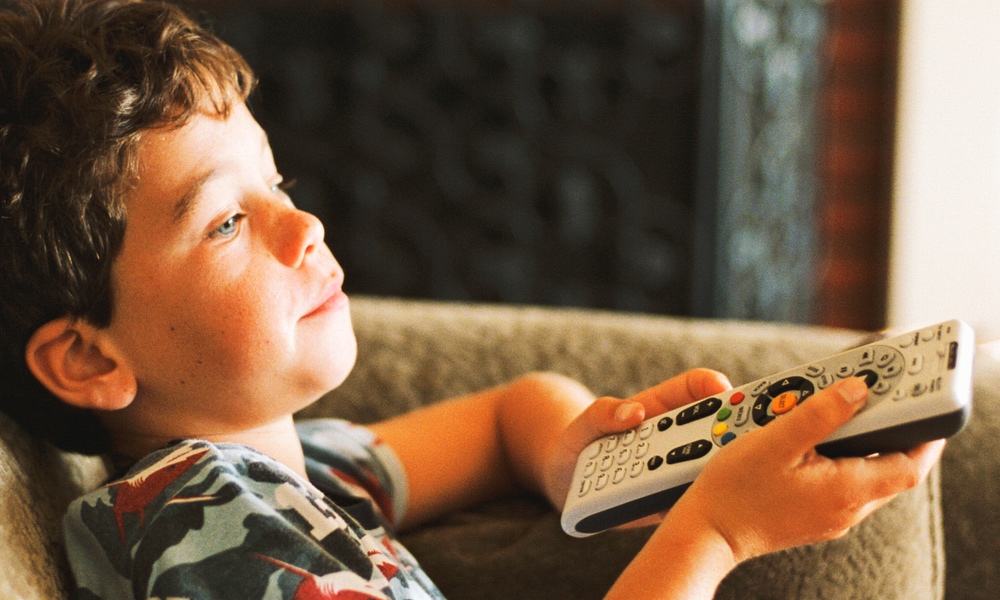 Getting Fat on Advertising

Being overweight or obese is hard on children. Obesity affects one out of five U.S. children. Kids who are fat face bullying, teasing and suffer from lower self-esteem. Their futures are also likely to be burdened — with a higher risk of adult obesity and its associated chronic health conditions. There are many causes of childhood obesity and too few solutions. But one policy change seems to help. Switching to ad-free television could put a dent in obesity rates, a study shows.

Eating preferences are formed early in life, and a sweet tooth developed in childhood often sets the stage for poor eating habits. Parents who try to instill healthy eating habits find it's hard to compete with outside influences like fast food clowns and kings, colorful grocery store displays and peer pressure. The television advertising that appears right in one’s own home also has a significant harmful effect. Food manufacturers understand how to target children in their advertising, knowing that children will beg their parents for their product.

Sugar-sweetened breakfast cereals are one good example of how ads for less-than-healthy foods operate. Researchers at Dartmouth College studied the effect advertising high-sugar cereals had on preschoolers to see if watching TV ads influenced what the children ate. Did the advertising for a specific brand of cereal lead to an increased intake of that specific brand? The research was done under real world conditions, not in a laboratory.

To study kids’ exposure to TV ads based on the shows they watched on children’s network TV, researchers used an advertising database to count the high-sugar cereal ads kids were exposed to on the network each child watched. Every eight weeks, for a year, parents were also surveyed about shows their children watched and the cereals their children ate during the previous week.

ADVERTISEMENT
As expected, kids who saw TV ads for high-sugar cereals during the shows they watched were more likely to have eaten the cereals they saw advertised.

“Child-targeted marketing of foods high in sugar makes it hard for parents to shape healthy eating habits in our kids,” Jennifer Edmon, Dartmouth Geisel School of Medicine and one of the study authors, explained in a statement.

“There are policy-level actions that could be implemented to reduce children's exposure to food marketing and to improve the quality of the foods marketed to kids. And we as parents have the choice to switch to ad-free TV for our children and for ourselves.”

Try your own experiment at home. Pay attention to the TV ads your children are watching and then see what foods they ask you to buy. Switching to ad-free television — such as public television — could nip the craving for sugary cereals and the weight gain that comes with them in the bud. You can also point out ads that are designed to get kids to crave unhealthy foods. Even young children can become more thoughtful about the advertising messages they receive.

The study was published in the American Journal of Preventive Medicine.