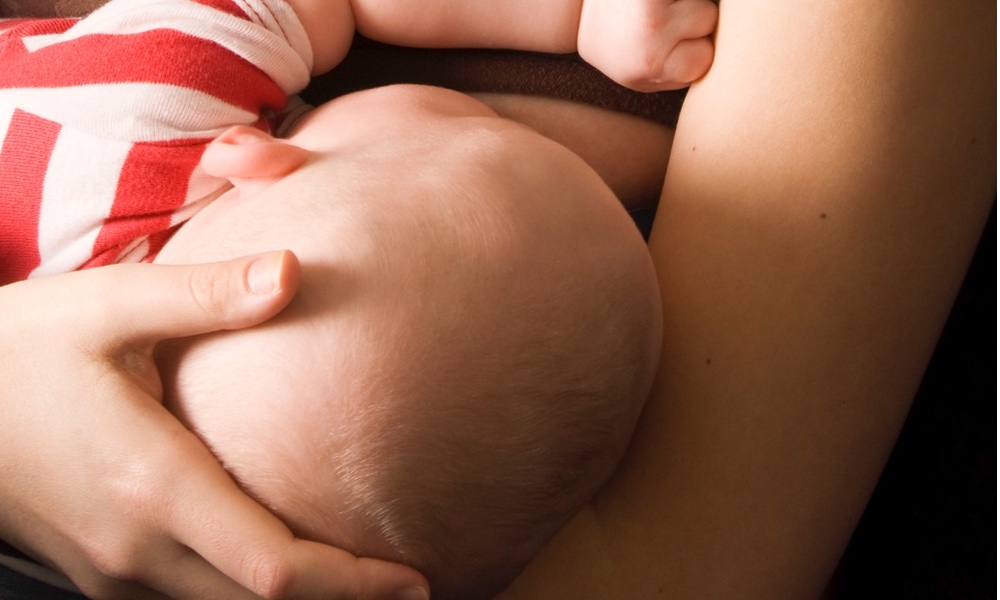 Beth Fontenot, MS, RD, LDN
Introducing solid food while breastfeeding and before infants are six months old can give babies and their parents sleep they need.

Breastmilk provides all the nutrition little ones need until they are six months old, but adding solid food to babies' diets may help mom and dad get a little more sleep, according to a new study.

The American Academy of Pediatrics recommends that infants be fed only breastmilk for the first six months of life and that solid foods be gradually introduced after that. The World Health Organization agrees with those recommendations. But some parents find their babies sleep better when given solid food before six months.

Since more sleep — for parents and babies — is a good thing, researchers at King’s College, London and St. George’s, University of London decided to see if solid food really does make a difference in the quality of infants' sleep. They followed just over 1,300 infants, dividing them into two groups. One group was fed only breastmilk for six months, and the other group was breastfed and started on solid foods at the age of three months.

Not only did infants sleep longer, the rate of sleep problems keeping mom and dad up at night, such as crying and irritability, was cut in half among babies who were fed solid food earlier.

Parents completed online questionnaires monthly until their baby reached its first birthday, and then every three months until age three. The study found that the babies who were fed solid foods while being breastfed slept up to 16 minutes longer at night, woke up less often and had fewer sleep problems than babies who received only breastmilk until they were six months old.
ADVERTISEMENT

While 16 more minutes of sleep may not seem like a big deal, the minutes add up to about two more hours of sleep each week for parents. Perhaps more importantly, the rate of sleep problems that keep mom and dad up at night, such as crying and irritability, was cut in half among babies who were fed solid food earlier.

“Given that infant sleep directly affects parental quality of life, even a small improvement can have important benefits,” said Michael Perkin of St. George’s, University of London, in a statement.

About half of babies in the U.S. are breastfed until the age of six months, but less than 20 percent are breastfed exclusively for six months. About 40 percent of moms start their baby on solid foods before the age of four months, many in search of more sleep.

“The results of this research support the widely held parental view that early introduction of solids improves sleep. While the official guidance is that starting solid foods won't make babies more likely to sleep through the night, this study suggests that this advice needs to be re-examined in light of the evidence we have gathered,” explained researcher Gideon Lack of King's College, London.

The official recommendation remains to give babies only breastmilk until they are six months old, but some nutrition and health organizations are reviewing this advice.

If you feel like your baby needs more than breastmilk before she reaches the six-month milestone, talk to your pediatrician about the possibility of adding solid food.

The study was published in JAMA Pediatrics.