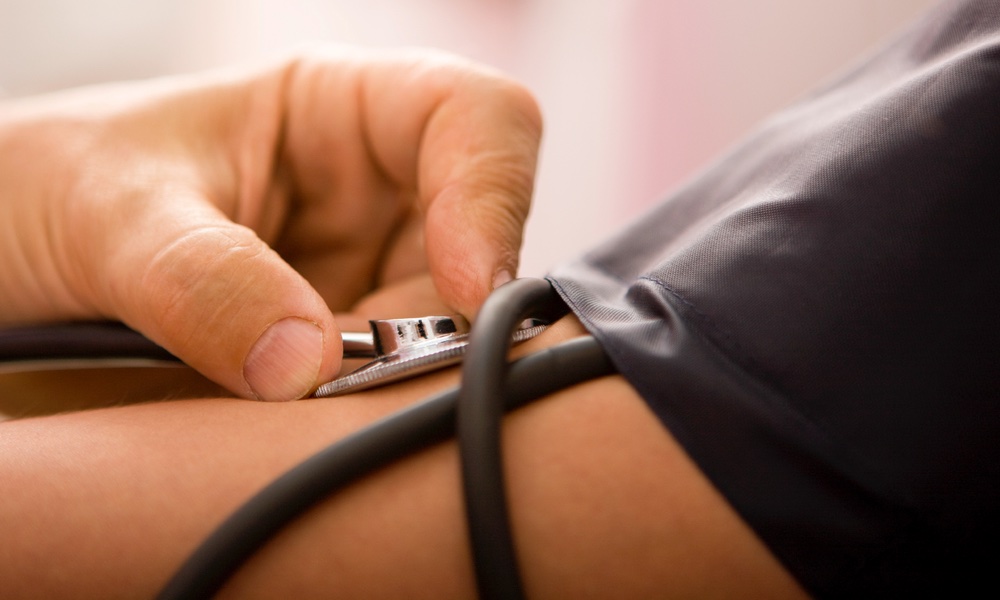 Coffee has health benefits, but if you have hypertension, you need to be careful. More than two cups a day can lead to problems.

Most of us drink, on average, three cups of coffee a day — and for the majority of Americans that’s no problem. It can even offer health perks. Studies have shown that coffee and caffeine not only give us a boost of energy, but have been linked to a lower risk of type 2 diabetes, better brain health and protection against liver conditions and high cholesterol, among other benefits.

But how many cups of coffee you drink matters, particularly if you suffer with severe high blood pressure, according to a new study by Japanese researchers. In that case, drinking just two cups of coffee daily can be risky.

Drinking two or more cups of coffee a day was associated with twice the risk of cardiovascular disease death in people whose blood pressure was 160/100 mm Hg or higher compared to those who did not drink any coffee.

While the American Heart Association uses three measures of HBP (normal, at risk and high), for this study researchers divided the group into five categories:

Blood pressure measures in grades 2 and 3 were considered severe hypertension.

At the start there were more than 6,570 men and 12,000 women, ages 40 to 79, involved in the study. The participants were selected from the Japan Collaborative Cohort study for Evaluation of Cancer Risk — a large prospective study established between 1988 and 1990 of adults living in 45 Japanese communities. The participants offered data through health examinations, as well as self-administered questionnaires that assessed their lifestyle, diet and medical history.

ADVERTISEMENT
Over a period of nearly 19 years (through 2009), there were 842 cardiovascular-related deaths. After reviewing the data, this is what the researchers found:

The study revealed other connections to caffeine, too. For example, the researchers found that people who drank a lot of coffee were more likely to be younger, current smokers, eat fewer veggies and have higher total cholesterol regardless of their blood pressure category. That said, the connection between 2 cups of coffee daily, high blood pressure and increased death rates remained the focus of the study.

The primary way high blood pressure causes harm is by increasing the workload of the heart and blood vessels — making them not only work harder — but less efficiently.

“These findings may support the assertion that people with severe high blood pressure should avoid drinking excessive coffee,” explained the study’s senior author, Hiroyasu Iso, M.D., Ph.D., M.P.H., director of the Institute for Global Health Policy Research, Bureau of International Health Cooperation, National Center for Global Health and Medicine in Tokyo, Japan and professor emeritus at Osaka University, in a press release.
ADVERTISEMENT
“Because people with severe hypertension are more susceptible to the effects of caffeine, caffeine’s harmful effects may outweigh its protective effects and may increase risk of death.”

Because the study was observational, it couldn’t draw a direct cause-and-effect between coffee consumption and cardiovascular disease risk among those participants with severe blood pressure. Coffee and tea consumption were also self-reported and blood pressures were measured at a single point which didn’t account for changes over time.

Even with the study’s limitations, if you’re dealing with hypertension, it’s a good idea to stay on the safe side and limit your coffee intake to one cup a day. For a boost in energy, consider alternatives such as unsweetened cocoa powder with low fat milk, decaf green tea, fruit smoothies or coconut water with lemon.