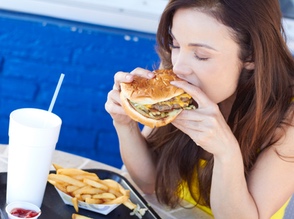 Our heart health is getting worse. Being overweight, having high blood sugar and cholesterol levels, as well as high blood pressure, all contribute. Tips for improving the numbers.

Heart disease is the number one cause of death in the United States. For over 100 years, doctors and scientists have been studying its causes and ways to prevent the disease. Much has been learned and relayed to the public through various awareness programs. In spite of all the progress in understanding and treating heart disease, less than seven percent of the U.S. adult population has good cardiometabolic health, a study finds.

Using the 10 most recent cycles of the National Health and Examination Survey (NHANES), Tufts University researchers looked at a nationally representative sample of about 55,000 people who were age 20 or older. They evaluated five aspects of health: blood pressure, blood sugar, blood cholesterol, body composition and the presence or absence of cardiovascular disease.

The poor state of health among adults in the U.S. affects far more than personal health. It impacts national healthcare spending and the financial health of the economy.

Only 6.8 percent of adults had optimal levels of all five components in 2017-2018. Worse, at the beginning of the study, in 1999, 1 out of 3 people were at an optimal weight, but by 2018 that number had dropped to only 1 out of 4 adults. And while 2 out of 5 people had diabetes or prediabetes in 1999, by 2018 over 6 out of 10 adults did.
ADVERTISEMENT
“These numbers are striking. It’s deeply problematic that in the United States, one of the wealthiest nations in the world, fewer than 1 in 15 adults have optimal cardiometabolic health,” Meghan O’Hearn, the study’s lead author, said in a statement. “We need a complete overhaul of our healthcare system, food system, and built environment, because this is a crisis for everyone, not just one segment of the population.”

Big differences in heart health were in relation to gender, age, race and ethnicity, and educational attainment were also seen. As cardiologist Dariush Mozaffarian, the Jean Mayer Professor at the Tufts Friedman School of Nutrition Science and Policy and Professor of Medicine at Tufts School of Medicine explained, “Social determinants of health such as food and nutrition security, social and community context, economic stability, and structural racism put individuals of different education levels, races, and ethnicities at an increased risk of health issues.”

The study focused on optimal, intermediate and poor levels of cardiometabolic health and the health factors that underlie them — blood pressure, blood sugar, blood cholesterol, body composition — not just the presence or absence of disease such as heart attack or stroke. In order for people to attain optimal health and well-being, the conversation needs to move away from a sole focus on disease, O’Hearn, a Tufts doctoral student, said.

The poor state of health among adults in the U.S. affects far more than personal health, according to O’Hearn. It impacts national healthcare spending and the financial health of the economy.

ADVERTISEMENT
It’s worth noting that the conditions associated with poor cardiometabolic health are largely preventable and public health and interventions are in place to address the problems. We know what to do: Cut back on high-fat and processed foods; drink fewer sugar-sweetened beverages. The desire to make the needed changes on a national as well as personal level may not be there though.

The American Heart Association offers these eight tips for improving your heart health: