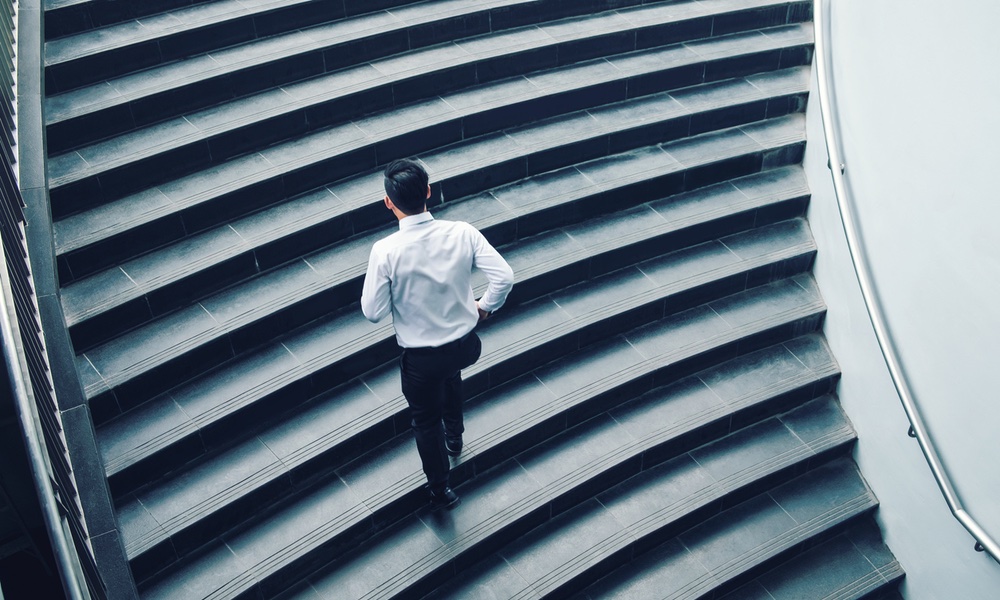 Neil Wagner
You don't need the gym. Nibbling at exercise works, too. A few flights of stairs will give you a cardiovascular fitness boost.

Exercising can be tough in cold winter weather. Slippery conditions and frigid temperatures are definitely disincentives. But there is an easy way to get some exercise in your life without braving the outdoors.

It's called an exercise snack. All you need are stairs.

Inspired by the mindset that when it comes to exercise, everything counts, researchers looked at the effects of vigorously climbing three flights (60 steps) of stairs three times a day for three days a week for a total of six weeks.

Sedentary young adults who followed this prescription were more fit afterwards than their counterparts who kept up their sedentary ways. This showed up as improved peak oxygen uptake, a good measure of cardiorespiratory fitness — heart and lung health. The snackers were also stronger and generated more power during a cycling test.

The best part is that these were people who hadn't been exercising at all. And they were able to get measurably fitter in just a few weeks.

The stair climbing was in single sprints spread throughout the day. People allowed themselves one to four hours of recovery between sprints.

“Those who work in office towers or live in apartment buildings can vigorously climb a few flights of stairs in the morning, at lunch, and in the evening and know they are getting an effective workout,” said senior author, Martin Gibala, a professor of kinesiology at McMaster University in Canada.

ADVERTISEMENT
If you're having some trouble believing that this is all it takes to get fitter, so did the researchers. According to co-author Jonathan Little, “We know that sprint interval training works, but we were a bit surprised to see that the stair snacking approach was also effective. Vigorously climbing a few flights of stairs on your coffee or bathroom break during the day seems to be enough to boost fitness in people who are otherwise sedentary.”

The authors plan to investigate a variety of other exercise snacks, since not everyone cares for stair climbing and to analyze more of their health effects, such as on blood pressure.

An article on the study appears in Applied Physiology, Nutrition, and Metabolism.