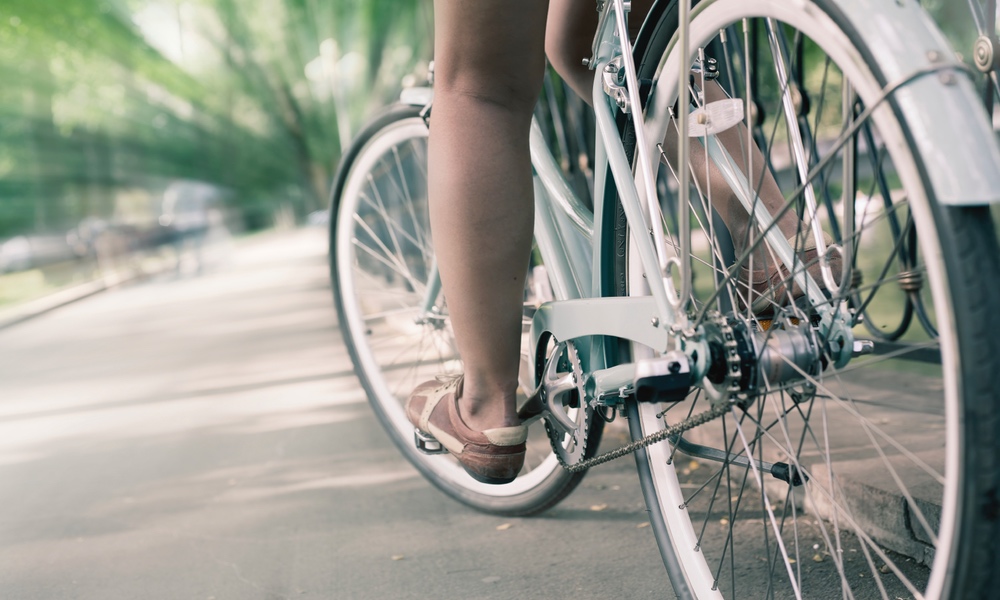 Get A Move On

People in the United States sit for nearly as long as they sleep, and over 40 percent of them are physically inactive. Some people, like bus drivers, may have a very good reason for all this sitting, but there are still steps we can take to counteract the effects of our sedentary lives, whether it's parking the car farther from the store or office to using a standing desk.

One of the earliest indications of just how bad sitting is for health came from an Australian study. It found that the more participants sat, the likelier they were to die during the course of the study.

The greatest health benefits come when people who have been the least active start increasing their activity, even if it's only by a little bit.

Nearly seven years later, that message remains essentially unchanged. And, apparently, so do people's sitting habits. A recent study by researchers at the Centers for Disease Control and Prevention and Louisiana State University, Baton Rouge, looked at the sitting and exercise habits of nearly 6,000 adults in the United States, using self-reported information from the 2015-2016 National Health and Nutrition Examination Survey (NHANES), a nationally representative survey.
ADVERTISEMENT
Participants were divided into four groups based upon how much they sat. Most people sat between six and eight hours a day; over 25 percent of them sat for more than eight hours daily.

When it came to physical exercise, the numbers were just about as bad: Over 44 percent of those in the study reported they did no moderate or vigorous physical activity. This figure may be a bit high because people were only asked about activity that lasted at least 10 minutes, but it is pretty clear that too many Americans are too sedentary.

While the study authors offer no specific recommendations on how to remedy this situation, the United States government does in its recently-released exercise guidelines, the first update in a decade.

The guidelines are over 100 pages long, but they contain a very simple message: Sit less, move more. They also contain two pieces of good news. First, the greatest health benefits come when people who have been the least active start increasing their activity, even if it's only by a little bit. Second, there's no more need to quibble about whether an activity or exercise has to last at least ten minutes to be beneficial: everything helps. That means even climbing one single flight of stairs helps, especially if you haven't been doing any stair climbing at all. Just like your financial assets, everything counts.

Walking is usually a good choice for people who have been very inactive because it doesn't require any special equipment and can be done indoors or outdoors. Go walking at your local mall, find a friend to walk with you during your lunch hour.

ADVERTISEMENT
The study appears in JAMA, the journal of the American Medical Association.
ADVERTISEMENT