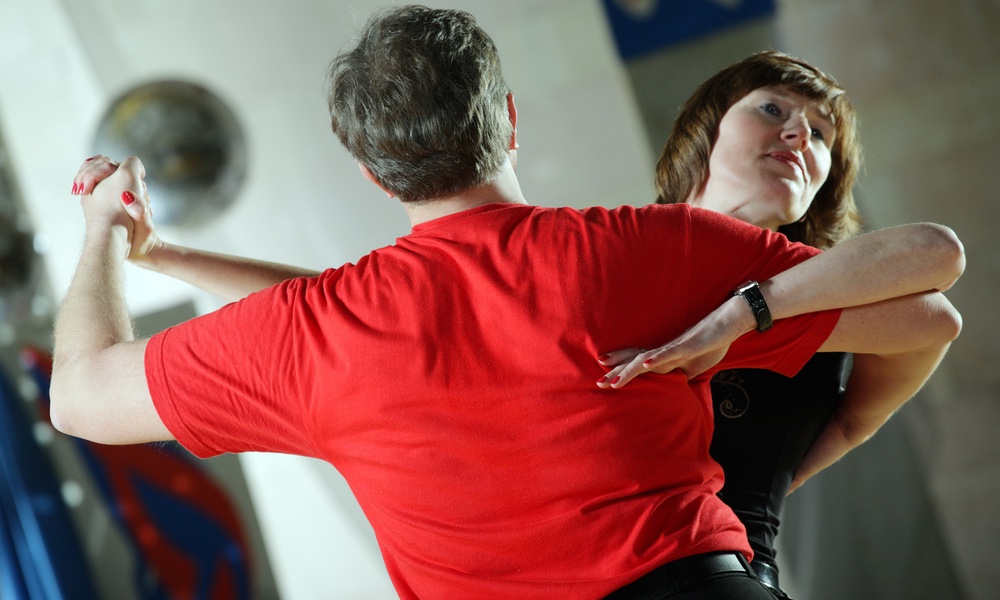 A Multisensory Treatment for Parkinson’s

Dancing with music can slow or halt the most debilitating symptoms of Parkinson's disease. It helps social ease isolation, too.

Over time, people with Parkinson’s disease experience a slow loss of motor control that can affect their speech and even their mental abilities. Dance training with music can help people with mild-to-moderate Parkinson's disease (PD) slow the progress of the disease, according to a recent study.

Canadian researchers at York University in Toronto followed Parkinson’s patients during weekly dance participation with music over a three-year period.

Dance and music training can slow down and even improve Parkinson’s patients’ ability to perform daily functions, reducing anxiety and depression.

People with Parkinson’s who took part in weekly dance training with music had less motor impairment and showed improvements in their speech, tremors, and balance and rigidity issues compared to Parkinson’s patients who were not offered the dance exercise program. They also exhibited significant improvements in cognitive impairment and had fewer hallucinations. Finally, they were less depressed and anxious than those Parkinson’s patients who did not dance.
ADVERTISEMENT
“The experience of performing and being in a studio environment with dance instructors appears to provide benefits for these individuals,” Joseph DeSouza, the study's senior author and associate professor in the Department of Psychology at York University, said in a statement. As the movement difficulties associated with Parkinson’s worsen, people can become socially isolated and depressed, he explained. “Our study shows that training with dance and music can slow this down and improve their daily living and daily function.”

The idea was to slow the progression of symptoms of PD by using an activity, in this case dance moves set to music, that relied on the use and stimulation of a number of senses — including vision, hearing, tactile perception, proprioception, kinesthesia, and vestibular and balance control.

“Dance is so complex, it's a multi-sensory type of environment,” researcher, Karolina Bearss, a PhD candidate, explained. “There is so much more to dance. It incorporates and stimulates your auditory, tactile, visual and kinesthetic senses and adds an interactive social aspect. Regular exercise does not offer these [benefits].”

The team followed the Parkinson’s patients — average age, 69 — over three-and-a-half years as they learned choreography and then performed it. Dance moves were designed to be adaptable to a person’s disease stage and current symptoms. Sixteen people, 11 men and five women, with mild-to-moderate PD took part in the study. The study also provided information on the progression of motor and non-motor PD symptoms.

Each participant attended a 1.25-hour dance class at Canada's National Ballet School (NBS) and Trinity St. Paul's church locations. The Parkinson’s dancers took part in both aerobic and anaerobic dance exercises. This group was then compared to 16 non-dance Parkinson’s patients (the reference group) chosen from the Parkinson's Progression Marker Initiative (PPMI), a longitudinal research project funded by the Michael J. Fox Foundation for Parkinson's Research (MJFF) among other funding partners. Both groups were tested and matched for age and severity of disease.

ADVERTISEMENT
Classes began with a seated warm-up to live music, followed by work at the barre. They ended with patients moving across the floor. All learned choreography for an upcoming performance. Researchers recorded videos, conducted paper and pen questionnaires and performed statistical analyses.

Researchers plan to look at the brains of the Parkinson’s dancers immediately before and after a class in future studies to see what sorts of neurological changes take place. The hope is that the mix of senses involved in the dance work will produce broad and lasting benefits in the brain.

Drugs are the main form of treatment for Parkinson’s. “Currently…[the] usual remedies are pharmacological interventions, but not many options are given for alternate exercises or additional interventions to push their brains,” said DeSouza. “Hopefully this data will shed light on additional therapies for this group and be used in the treatment process. There may be changes in the brain that occur with dance with music, but more research is necessary.”

The study is published in Brain Sciences.