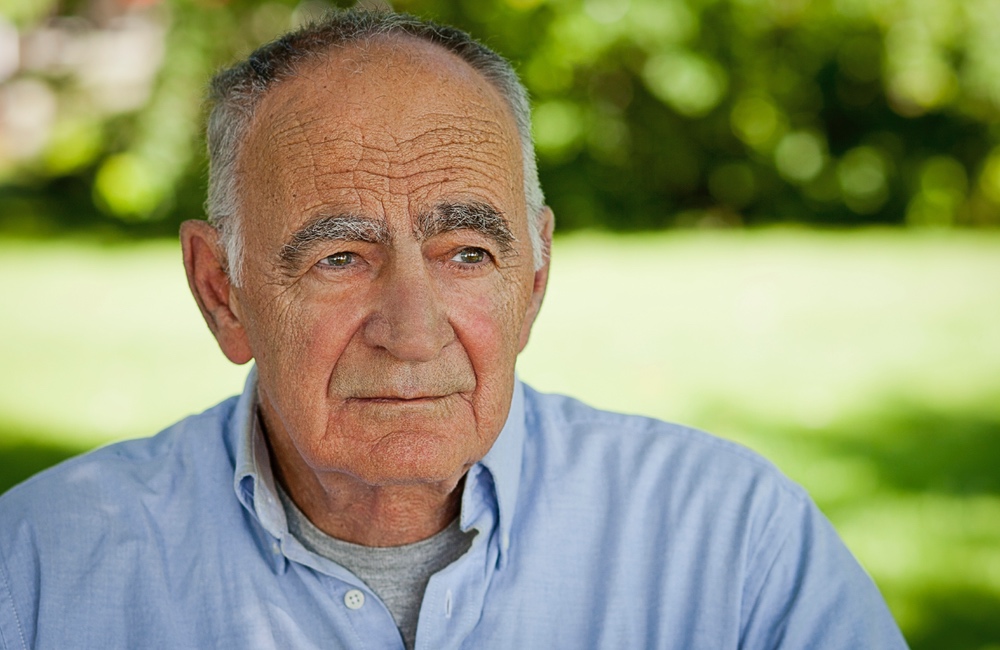 Leslie Carr
Seniors who are lonely are at high risk of also being depressed. Ease the loneliness, fix the depression.

Aging often brings loneliness. A woman eating alone in a coffee shop may or may not have someone to talk to. An elderly man sitting on his porch may or may not feel lonely. But if he is longing for company, he is at risk of becoming depressed, a study finds.

Loneliness is a subjective experience, a painful emotional state that arises when a person’s desire for meaningful social connection is at odds with the quality of the relationships they perceive they have. The study, led by University College London researchers, found it is responsible for 18 percent of the depression seen in people over 50 in England.

Feelings of loneliness, apart from more objective measures of social isolation or the number of social contacts a person had, were followed for up to 12 years. “We found that whether people considered themselves to be lonely was a bigger risk factor for depression than how many social contacts and support they had. The findings suggest that it's not just spending time with other people that matters, but having meaningful relationships and companionship,” senior author, Gemma Lewis, said in a statement.

Almost 20 percent of the depression seen in older adults could be prevented if loneliness were eliminated, the authors reported. The study used data from about 4,200 participants aged 52 and over who were part of the English Longitudinal Study of Ageing. Participants answered questions about their experiences of loneliness, social engagement and social support, as well as depressive symptoms, at regular intervals over a 12-year period.

“It's not just spending time with other people that matters, but having meaningful relationships and companionship.”

Their answers to questions about whether they felt a lack companionship, left out or isolated were combined to give a loneliness score on a seven-point scale. With each one-point increase on the loneliness scale, the odds of depression doubled. The researchers accounted for depression and loneliness levels at the start of the study to reduce the possibility that depression was responsible for the increasing feelings of loneliness that were reported.

People with high loneliness scores were, on average, older. A higher proportion were female, unmarried and unemployed, compared with those with low loneliness scores; and had less education and wealth. Their reasons for feeling lonely ranged from bereavement and grief to retirement and social isolation. It is important to note that the study was conducted before the COVID-19 pandemic, with data gathered once every two years between 2004 and 2017.

Over time depressive symptoms grew among people who reported greater loneliness, suggesting that feeling lonely can lead to depression.

“Health professionals working with older people who report being lonely should know that they are at risk of depression,” Siu Long Lee, the study’s first author, explained. She pointed to the value of interventions — referring seniors to community support programs, offering help with social skills training, and psychological therapies to target feelings of loneliness — as ways to improve the mental health of lonely older adults.

ADVERTISEMENT
Some people don’t mind being alone, and the authors point out that depression and loneliness are somewhat heritable. But for many older adults, less engagement with others through retirement and a diminished social circle due to loss can lead to loneliness and depression, and both can be prevented. “Our study has important public health implications, as it suggests that community-based approaches designed to reduce loneliness could reduce depression rates. Building relationships, meaningful connections and a sense of belongingness may be more important than just increasing how much time people spend with others,” Lewis, a lecturer in Psychiatry, added.

RELATED STORIES
FoMO: Fear Of Missing Out
Sleep And Loneliness
A Furry Shoulder To Cry On
LATEST NEWS