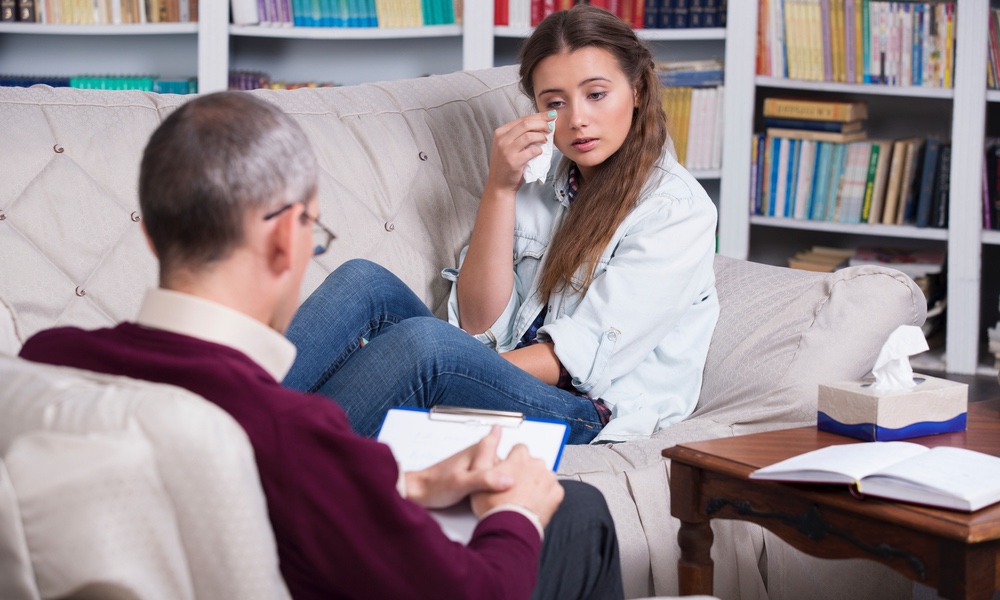 Adolescence is never easy, but the pandemic has made it even harder. Nearly 60% of parents polled said they had sought help for their kids.

The pandemic has taken a toll on children’s physical health, but its effect on their emotional well-being has been even more far-reaching. Peer relations are one of the hallmarks of adolescence, a time when kids are becoming part of a broader world outside of their families, so being cut off from friends and schools and social lives during COVID lockdowns is especially difficult for teens developmentally.

In fact, a new national poll reports that more than a quarter of parents say their adolescent has seen a mental health specialist and almost 60% of them say that they reached out for help just within this past year. To make things worse, parents report that maneuvering through our mental health system and finding a therapist is no piece of cake.

Gathering these concerning findings was a joint effort between the University of Michigan Health C.S. Mott Children’s Hospital National Poll on Children’s Health and the Children’s Hospital Association. The report is based on responses from a poll of parents of kids between the ages of 11 and 18. The poll, done in October of 2021, was taken less than a year after children’s mental health was declared a national emergency.

Keep in mind that not all teens show emotional difficulties in the same way.

Problems in the mental health of our youth have been of growing concern from communities involved in adolescent well-being including doctors, parents and educators. In a press statement, Mott Poll’s co-director and Mott pediatrician, Gary L Freed, explained: “Even before the pandemic, mental health disorders in adolescents, such as depression and anxiety, were prevalent.” But the pandemic has pushed teens’ mental health problems to a disturbing new level.
ADVERTISEMENT

“The pandemic caused significant stress and social disruption for kids that likely exacerbated these problems, as we’re seeing a growing number of young people face mental health concerns,” Freed added. “This places a heavier burden on parents, health providers and other trusted adults in their lives to be aware of potential warning signs.”

Getting an accurate picture of adolescent mental health is further complicated by the reality that even when asked, many adolescents are reticent to open up. Only a quarter of the poll’s participating parents believed that their kid would definitely talk about their mental health issues.

So what can parents do to help? Freed suggests two primary steps for parents. One is to have an open conversation with their child, offering them a calm, non-judgmental environment in which to discuss problems and at the same time emphasizing that asking for help is a sign of strength, not weakness.

The second tactic is to support their adolescent if they agree to speak with a provider. Experts also suggest parents give their adolescents privacy during such sessions.

If your child is struggling with an emotional issue, they’re not alone. Even before the pandemic shook our world, one in five adolescents had been diagnosed with a mental health issue such as depression and anxiety. One way parents can begin to help is to become aware of potential signs of emotional distress, so your child doesn’t suffer alone.

Emphasize that asking for help is a sign of strength, not weakness.

Common indications that your adolescent may be having difficulties include:

You should keep in mind that not all teens show mental health difficulties in the same way. “Signs of mental health can look different for every child, and some may be easier to recognize than others,” Freed explained. “Parents should take seriously any major changes to their baseline behavior that could be a symptom of something more concerning.”

Don’t wait before seeking professional treatment. If you’re worried about your adolescent, you can begin by reaching out to your teen’s primary care provider who can help you find a mental health professional.