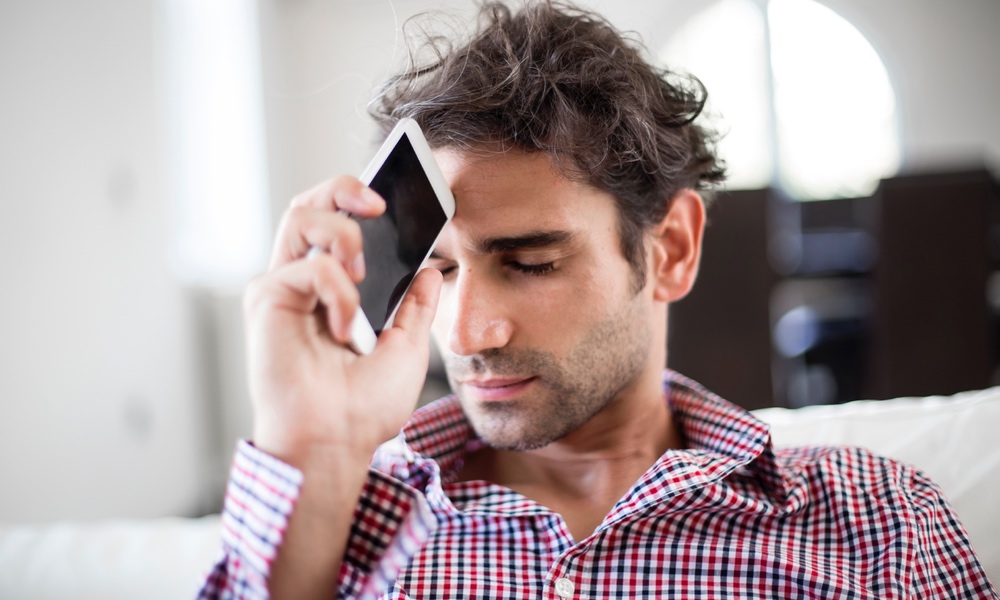 A Day Without A Cell Phone

Neil Wagner
People forced to go through a day without their phones made some telling discoveries.

Imagine spending a day without your phone. What would you miss the most? How would you even get through the day?

This was more than a mental exercise for 153 graduate students in Italy and France. The study, published in the MIT Sloan Management Review, was part of their coursework and was designed to make the students more conscious of the drawbacks of over-reliance on smartphones and other Internet-connected devices. For this one-day project, the students were asked to remain completely offline and keep a journal about their experience.

For many, the experience was not all negative. Some made good use of the extra time.

No fatalities were reported, though there was a great deal of anxiety.
ADVERTISEMENT
The students were not forced to go cold turkey. They were allowed to choose the day they would be offline and plan accordingly, informing friends and family that they would be out of touch. This also allowed them to make alternate preparations for getting through the day, since many typically started by waking to an alarm from their phones.

Time hung heavy. It started at breakfast, which was over quickly with people unable to linger over the phone while eating. Many students had no idea how to fill the extra time. Students with a morning commute found they could no longer hide behind their phones, a new and disturbing experience for them. One student described not being able to use his phone on bus and train rides as the longest time of his life. Apparently, he didn't think to bring something to read.

As the day wore on, students felt a mix of emotions, but the one that was most common was anxiety. A recurring theme was the fear of missing out — on missed job opportunities or requests from friends or family who might be in need — because the entire world was now out of touch. As one Italian student put it, “I am alone!!”

Most concluded that they simply could not live this way all the time, but for many, the experience was not all negative. Some made good use of the extra time, visiting areas of the city they had never seen before. Others found the experience relaxing. Several said their conversations were more meaningful, which made them feel closer and more connected to their friends.

Being without a screen to look at was also an eye-opening experience. The phone-less participants saw people in cafes and on trains who were totally immersed in their phones and realized this was what they usually looked like. They also became more conscious of the fact that using phones in front of other people can be seen as disrespectful. One student noticed a friend checking his phone four times during a 10-minute encounter.

ADVERTISEMENT
When the 24 hours were up, many students gave a big sigh of relief. But some took home a valuable lesson, seeing the benefits of occasionally disconnecting. Some have even begun making it a part of their lives: “I can’t totally give up all my digital devices, but I'd like to have some unplugged days regularly,” wrote one male student.
ADVERTISEMENT