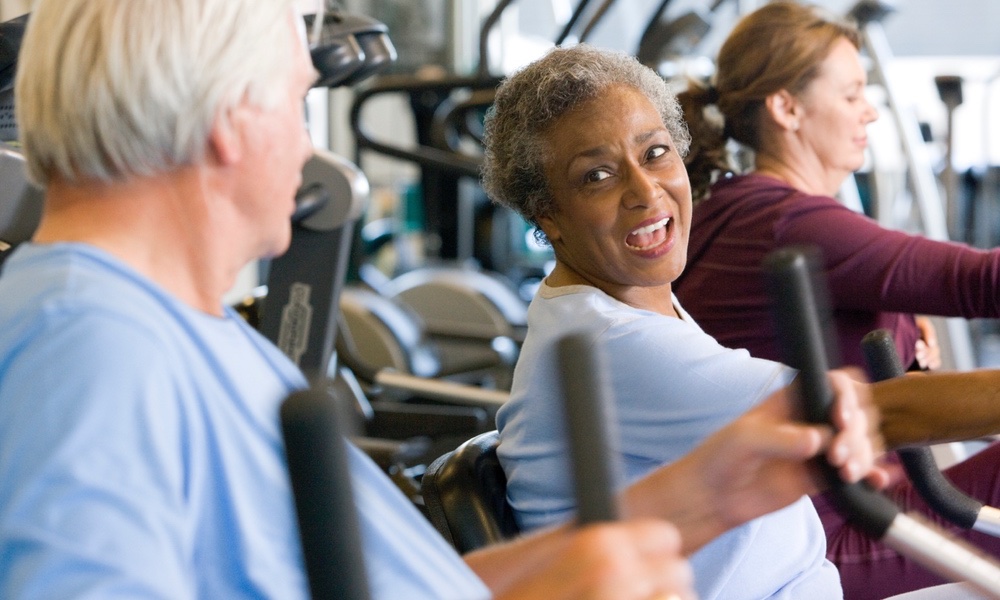 Charlotte LoBuono
Making exercise a game keeps activity levels up. And one kind of gamification seems to work best.

If you want to lose weight, consider making more of a game of it. Using elements of games — such as earning points or reaching levels of increasing difficulty — in a nongame context, such as weight loss, is known as gamification. Workplace wellness programs are often gamified; so are health and fitness apps. These programs and apps have not always adequately used social incentives to motivate people to improve their health behaviors, however.

In a new study, researchers tested the effectiveness of a gamification intervention that used principles of behavioral psychology to enhance social incentives to increase physical activity levels among overweight or obese adults.

“Many wellness solutions and patient engagement applications are implemented without proper testing of whether or not they actually work,” Greg Szwartz, a co-author on the study and a managing director at Deloitte Consulting, said in a statement. Deloitte partnered with Penn Medicine to conduct a study to gather evidence on the most effective approach to engaging participants and tailoring interventions to individuals.

The researchers analyzed data from 602 employees of Deloitte Consulting in 40 states. Participants were classified as overweight or obese based on their body mass index. They had personalized step goals to meet each day. Their steps were recorded by wearable devices to provide them with feedback.

The participants were divided into four groups: a control group where participants had only their goals and the device, and three groups whose goals were linked to playing games. These three “gamified” groups could earn points and reach five different levels in their games.

Support, Collaborate or Compete?
People in the three different gamification groups signed a “pre-commitment contract,” pledging to try and meet their daily step goals and agreeing to lose points given to them upfront, rather than gain points, if goals were not met. They were able to start each week fresh, with a new set of points. Everyone in the gamification groups started at the middle level, so they could advance or retreat if they met or didn’t meet their goals.
ADVERTISEMENT

During the six-month study period, the competition group increased its daily activity level by 920 steps per day.

One of the gamified groups emphasized a support system. Members chose a sponsor who received weekly notification if their step goals were reached. Sponsors gave participants support and kept them motivated as they worked towards reaching their goals.

Another group, the collaboration group, was divided into teams of three. Team members were randomly selected to represent their team each day, and if they had met their goals the previous day, the whole team kept its points.

Finally, members of the third gamified group, the competition group, were also divided into teams of three. Each team received a weekly leaderboard email that showed their individual rankings compared to the other team members.

ADVERTISEMENT
After six months, the games were turned off. During the three-month follow-up period, the competition group was the only one of the three gamification groups that maintained a statistically significant increase in physical activity, adding 569 steps daily compared to controls.

The researchers were surprised that gamification with competition worked so well that it got participants in the habit of exercising, Mitesh Patel, lead author on the study and an assistant professor of medicine and healthcare management at the University of Pennsylvania, told TheDoctor. “Competition was able to drive most of the participants,” he said, adding that it could be that for some people, collaboration or support were better motivators. The team plans more research to explore this possibility.

Wearable devices alone are not enough to motivate people. If you want to increase your exercise level, you might try making more of a game of it. You might also try to find a workout buddy to go along with you.

The study was published in JAMA Internal Medicine.