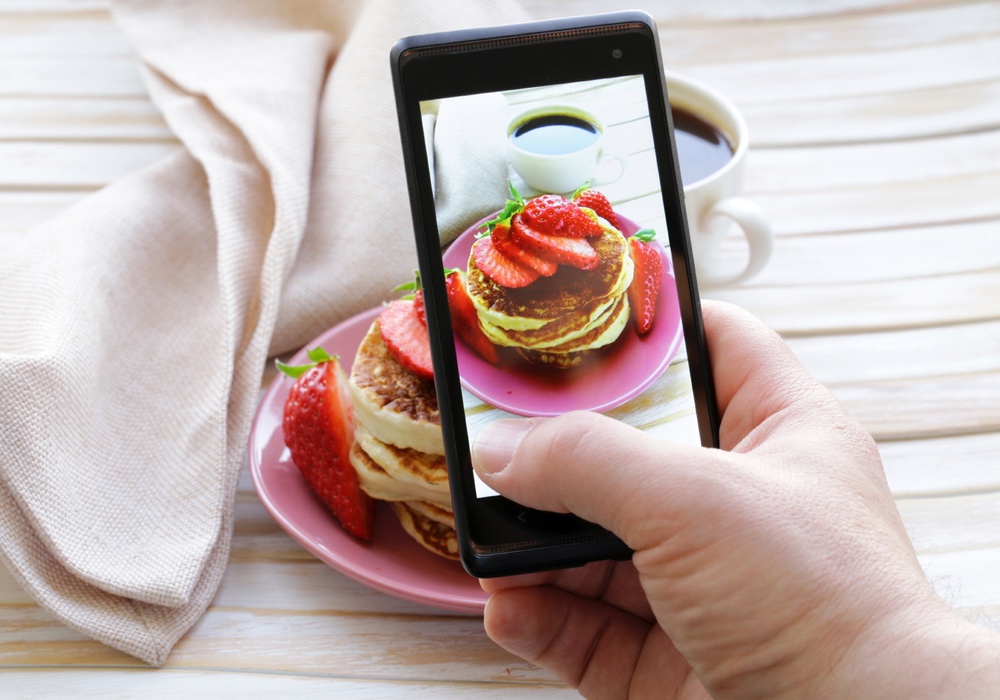 Beth Fontenot, MS, RD, LDN
Taking a picture of your meal and posting it to social media brings diet support -- and accuracy.

A food journal is a smart way to track what you eat each day. It's a valuable tool for any dieter, but it is labor-intensive, and many dieters find it an added burden as they struggle to eat less. But there is an easier way to document what you eat that is just as effective and usually more accurate: Use your phone's camera to record each meal, and then post your diet on social media.

Instagram has become quite popular with people who are trying to lose weight or improve their diet, and a new study outlines the benefits of #fooddiary.

A photo on social media holds you accountable for your food choices.

A traditional food diary involves pencil and paper or an app on your smartphone, and everything you eat must be written down in a journal or logged into the app. For many people, snapping a photo and posting it on social media with the hashtag #fooddiary or #foodjournal is just as good.
ADVERTISEMENT
Other people may use the photos to remember what they ate and log it in another app later in the day. Either way, a photo on social media holds you accountable for your food choices.

There were other benefits, too, when researchers at the University of Washington interviewed a group of people who used Instagram to record what they ate and share with their followers. They were asked about the pros and cons involved with using Instagram to journal their eating and fitness goals.

A Good Way to Stay Honest

The encouragement dieters got from their Instagram followers was seen as a major benefit. This social and emotional support motivated them, made them more diligent about posting and tracking what they ate, and helped them stick with their goals. People said they felt more accountable and were more honest when sharing their food journal. For some, a jury of their peers watching their progress reduced the temptation to cheat and not track some snacks.

One of the biggest benefits to snapping pictures of everything you eat and drink, the study found, is that it can help spot problems. It’s easy to justify a splurge as a “special occasion,” but when you look at a grid of pictures and see several splurges in one day, suddenly they don’t seem so special anymore.

ADVERTISEMENT
“The benefit of photos is that it's more fun to do than taking out a booklet or typing hundreds of words of description in an app. Plus, it's more socially appropriate for people who are trying to track their diets to snap a photo of their plate when they're out with friends — everyone's doing it and it doesn't look weird,” said the lead author of the study, Christina Chung, in a statement.
Keep Separate Accounts

It’s easy to justify a splurge as a “special occasion,” but when you look at a grid of pictures and see several splurges in one day, suddenly they don’t seem so special anymore.

There were those in the study who said they felt some anxiety about being honest and felt reluctant to post pictures of foods that might be seen as unhealthy. But overall, those who met their goals said sticking with Instagram helped them be mindful about their weight loss, healthy eating or fitness journey.
ADVERTISEMENT
“Maintenance becomes pretty boring for a lot of people because your quest to hit a goal has worn off,” said senior author Sean Munson. "[Posting to social media] made things more interesting and meaningful for people because after they got to their goal, they turned to thinking about how they could help others and stay accountable to people who were relying on them for support.”

The study was presented at the CHI 2017 Conference on Human Factors in Computing Systems. It has not yet been published in a peer-reviewed journal.