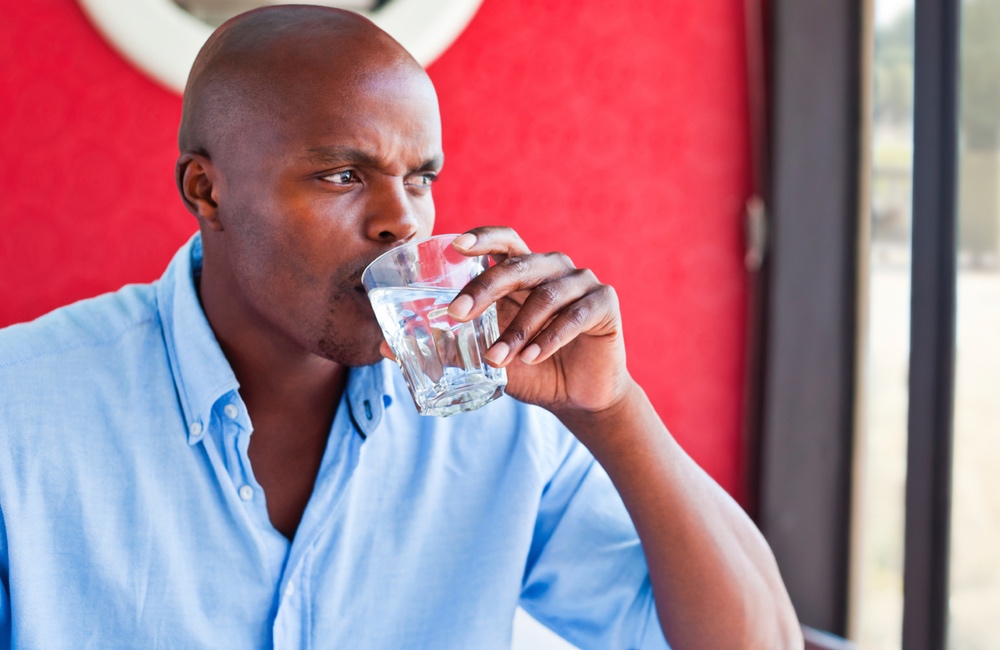 Go Ahead, Have Another Glass

Beth Fontenot, MS, RD, LDN
You can't really have too much water, and what it does to lower cholesterol and cut calories is all good news.

University of Illinois researchers have found a free and easy way to lose weight and improve your diet at the same time: drink more water. Whether you prefer yours from the tap, from the office water cooler, a drinking fountain or a bottle, drinking more water means consuming fewer calories and less sugar, salt, saturated fat and cholesterol.

Those who increased their water intake by one, two or three cups per day consumed less sodium and reduced their cholesterol.

The researchers analyzed the water-drinking habits of over 18,300 adults using a US government study. They calculated the amount of water consumed by each person as a percentage of their water intake from both foods and beverages. Though tea and coffee were included in the total water intake, they weren’t considered to be plain water.

On average, the people in the study drank about four cups of plain water a day, accounting for roughly 30 percent of their total water consumption.

ADVERTISEMENT
Those who increased their water intake by one, two or three cups per day consumed 78 to 235 grams less sodium, five to 18 grams less sugar, and seven to 21 fewer grams of cholesterol, small numbers but still significant. They also ate 68 to 205 fewer calories day, which could mean a weight loss of seven to 21 pounds per year.

The effect of increased water intake was similar across education and income levels, race/ethnicity and body weight. Men and young and middle-aged adults saw the greatest effects of drinking more water, but these groups tend to consume more calories, and that could explain the discrepancy.

So the message is simple. Rather than buying into all the weight loss products and programs, use the cold water dispenser on the front of your expensive refrigerator. Or keep a pitcher of cold water in your fridge. Or just turn on your tap. Whichever way works for you, drink more water.

The study is published in the Journal of Human Nutrition and Dietetics.