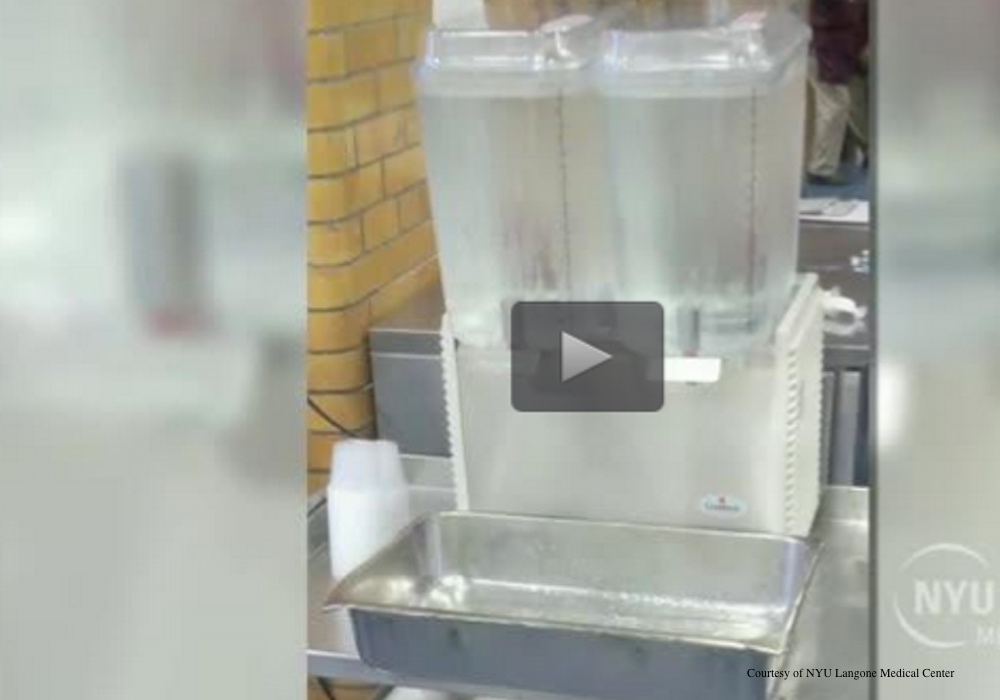 We'd all be a lot healthier — and lighter — if we drank more water and fewer sugary drinks. This is especially true for children who tend not to drink enough water, but do drink plenty of soda and other sugary beverages.

If water were made more appealing and readily available to them, though, kids might drink more water, and this could have a big impact on their weight and overall health.

The large, clear electronically-powered “water jets” provide water with the push of a lever.

Beginning in 2009, New York City’s Department of Health and Mental Hygiene partnered with the Department of Education to install water dispensers in about 40 percent of schools. The large, clear electronically-powered “water jets” provide water with the push of a lever.
ADVERTISEMENT
Then researchers compared over a million students in schools with and without water dispensers. What they found was that something as simple as free and readily available water did good things for students’ overall health — and weight management.

Using height and weight data collected by the schools yearly to assess the students’ fitness levels, researchers compared the body mass index and overweight status of all students before and after the water jets were installed. The positive change was small, but statistically significant.

Students in schools where water jets had been installed for at least three months experienced a reduction in standardized BMI by .025 for boys and .022 for girls, compared to students attending schools with no water dispensers. The likelihood of being overweight decreased by .9 percentage points in boys and .6 percentage points in girls. In addition, the purchase of half-pint cartons of milk by students at schools with water jets dropped by about 12 cartons per student each year.

“Our findings suggest that this relatively low-cost intervention is, in fact, working,” Brian Elbel, the senior investigator, said in a statement. The water dispensers cost about $1000 each. The easy accessibility of water during lunch encouraged them to choose it over caloric beverages such as soda, juice, or chocolate milk, the researchers believe. (Public schools in New York City cannot sell sugar-sweetened beverages, but students can bring them to school.)

A previous study by Elbel and his colleagues found that water intake tripled after only three months of the water dispensers becoming available to students.

Since some children eat up to 10 meals at school each week, efforts to increase water intake and implement good nutrition and weight management practices at school are a natural fit. New York City schools have policies in place that improve nutrition standards, expand fruit and vegetable offerings, prevent the sale of sodas, and replace whole milk with low fat milk.

The study is published in JAMA Pediatrics

RELATED STORIES
Caught On Camera: Kids Behaving Normally
A Chef Walks Into A School Cafeteria
But You Can't Make Them Eat It
LATEST NEWS