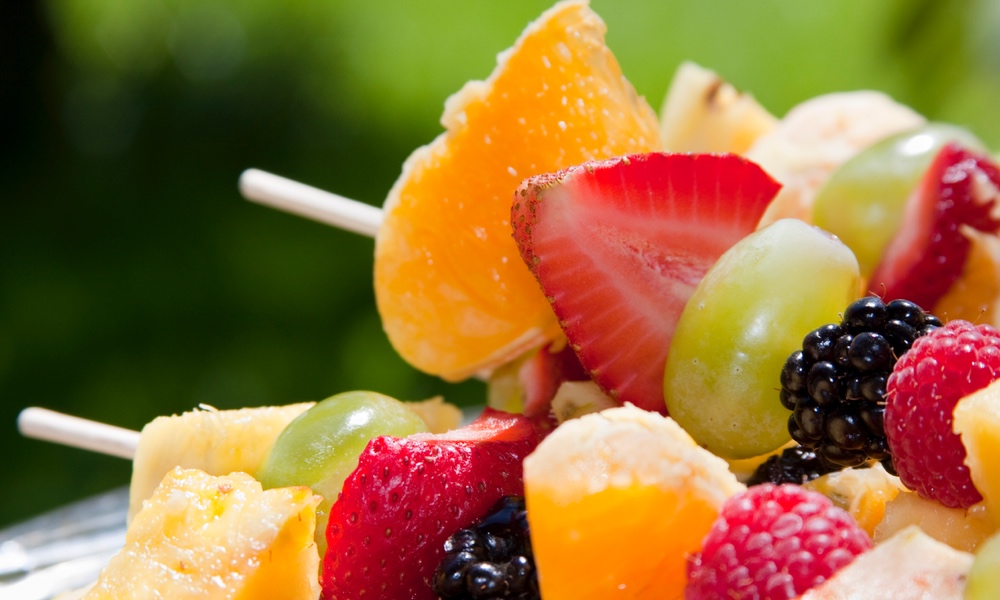 Enlist Fruit in The Fight Against Weight Gain

Beth Fontenot, MS, RD, LDN
An antioxidant in fruit helps turn white fat into brown, and that can mean good things when you step on the scale.

It's peak season for many fresh fruits and berries, and now there is an even better reason to indulge in summer's bounty. Eating two or three servings of fruit a day may do more than help you meet the dietary guidelines for good nutrition. It can help curb weight gain.

Berries, grapes, and other fruits convert excess white fat into beige fat, a type of fat that burns calories, according to a new study just published in the International Journal of Obesity.

Beige fat is made from excess white fat in a process referred to as “browning.” High rates of browning can put the brakes on the development of obesity.

Mice were fed a high fat diet in the Washington State University study. Some were also given resveratrol in quantities equivalent to 12 ounces, or two to three servings, of fruit a day for humans. Those mice gained 40 percent less weight than mice that were not fed resveratrol.
ADVERTISEMENT
Resveratrol is found in most fruits, and it acts as an antioxidant. Earlier studies suggested it could help curb obesity, but exactly how it did this was never quite understood. And most of those studies used concentrations of resveratrol that were much higher than would be consumed by humans.

Until just a few years ago, scientists thought there were only two types of fat in the body, white fat and brown fat. White fat is the type of fat that stores excess calories as a reserve source of energy, and brown fat burns fat to produce heat. Then an active, energy-burning fat, beige fat, was discovered. It is made from excess white fat in a process referred to as “browning.” High rates of browning can put the brakes on the development of obesity.

White fat has a protective effect in the body when it is healthy, but when too much accumulates it leads to disease. Researchers theorize that when fat cells reach their capacity for storage, they die, releasing toxins and causing inflammation that leads to problems like insulin resistance and diabetes.

Resveratrol enhances the oxidation of white fat so it turns into beige fat which burns lipids off as heat and prevents health problems like obesity and metabolic diseases. And since resveratrol is found in fruit, fruit helps to fight fat. Blueberries, strawberries, grapes, raspberries, and apples are especially good sources of resveratrol.

This was an animal study and the results don’t always translate into human realities. But it's easy to put some berries on your cereal or eat a peach or plum, and if a couple of servings of fruit a day also browns your white fat and keeps your scale steady, it’s a win-win situation.

RELATED STORIES
For Some, It Pays to Weigh Yourself Daily
Orange You Glad You Eat Citrus?
Certain Fruits and Veggies Improve Mood
LATEST NEWS