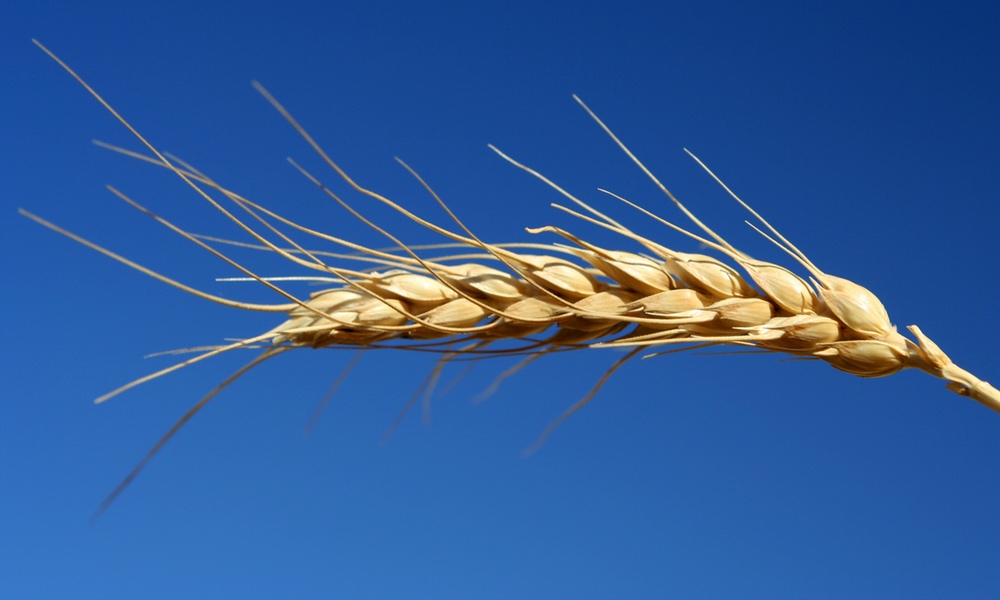 Go with the Grain

You probably know you should be eating more whole grains, but you may not really understand what a big difference it can make to your health. Whole wheat bread and pastas, oats, brown rice, quinoa, farro or bulgur can reduce the risk of disease and add to your quality of life. They are also delicious.

Two studies demonstrate why whole grains are good for you and support the science behind the dietary guideline to “Make half your grains whole grains.” One even found that the fiber in whole grains can protect against the recurrence of colorectal cancer.

When a grain is refined, it loses its fiber — along with many important nutrients in the process. Processed grains are less coarse and chewy, which is why some people prefer them. They also have a longer shelf life, which makes them more desirable to food manufacturers. But processed grains just don’t stack up nutritionally to whole grains.

ADVERTISEMENT
The health benefits of eating whole grain products instead of refined grain foods, such as white bread and pasta, were on display in a Danish study published in Gut that looked at 50 adults at risk for type 2 diabetes or cardiovascular disease.

The 50 participants were randomly divided into two groups. One ate a diet in which all grain foods were made from whole grains. After six weeks, the same group ate a diet of refined grain for eight weeks. The other group ate the same diets, but in reverse order.

The grain that had the greatest beneficial effect on inflammatory markers in the blood was rye.

When participants ate only whole grains, blood tests showed they had less inflammation in their bodies. These decreased levels of inflammation also reduced their risk of type 2 diabetes and metabolic disorders.

People who ate only whole grains also ate less and lost weight, presumably because whole grains with their high fiber content made them feel full faster. Rye was the grain that had the biggest beneficial effect on inflammatory markers.

ADVERTISEMENT
The researchers also checked to see if eating whole grains changed the composition of participants' gut bacteria, but DNA sequencing of stool samples indicated no major differences, suggesting that it was the grains themselves that reduced inflammation.
Fiber and Colorectal Cancer
Eating whole grains does more than help you lose weight and reduce your risk of metabolic problems. It can prevent cancer. Much research has suggested that a diet rich in fiber and whole grains protects against colorectal cancer, and a new study shows that moving to a high fiber diet with plenty of whole grains can help protect people who have already had the disease.

Know which kinds of fiber are best for you.

The study, published in JAMA Oncology, doesn’t fully establish that eating more fiber and whole grains will extend your life expectancy, but it shows a strong association; and the researchers contend that maintaining a sufficient fiber intake is still important for those diagnosed with colorectal cancer.

You should eat about six servings of grains per day or about three cups. Half of those should be whole grain foods. Here are some good ways to get your whole grains and fiber:

As a general rule, women need 25 grams of fiber per day, and men should eat 38 grams. If your diet includes the recommended amount of whole grains, fruits and vegetables, you should have no problem meeting that number. If you don't usually eat whole grains, try a box of whole wheat pasta, brown rice, a whole grain muffin or a slice of whole grain bread. It's not hard to develop a taste for whole grains; they're nutty and delicious.

As Alice Bender, a nutritionist with the American Institute for Cancer Research, put it, “Replacing some of your refined grains with whole grains and eating mostly plant foods, such as fruits, vegetables and beans, will give you a diet packed with cancer-protective compounds and help you manage your weight, which is so important to lower risk.”