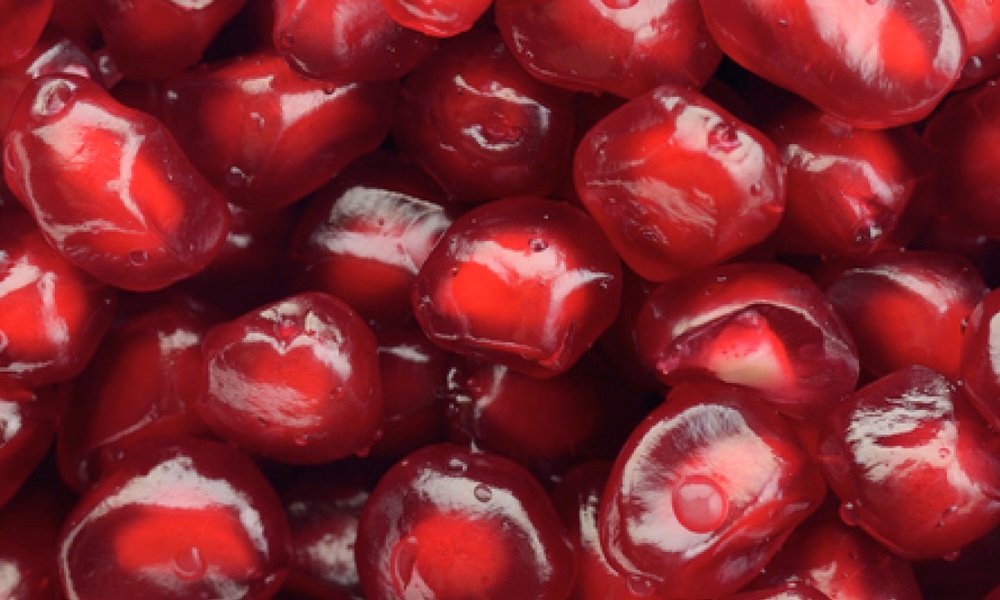 Youthful Skin, Thanks to Pomegranates

Beth Fontenot, MS, RD, LDN
The antioxidants you eat in fruits like pomegranates help defend against damage from the sun and make you look years younger.

Your skin's aging, as well as your risk for skin cancer and cataracts, are in large part a product of what you eat and don't eat. In particular, it appears, based on a recent study, that pomegranates offer a special level of protection against a number of skin and eye problems.

The pink skin and sunburn you see after exposure to the sun — along with cold sores, wrinkles and skin cancer — have one thing in common: ultraviolet radiation. Unprotected exposure to the sun’s rays is also related to eye damage, including cataracts and eyelid cancers.

Pomegranate juice contains more antioxidants than nearly all other fruit juices and has three times the antioxidants found in red wine or green tea.

The sun produces two types of radiation. UVA rays affect deep layers of the skin, cause damage to collagen and elastin, and result in the aging and wrinkling of skin. UVB rays damage the outer layers of skin and cause sunburn. Both contribute to skin cancer.
ADVERTISEMENT
The study involved seventy-four women who were divided into three groups, with each group receiving a different treatment. One group drank eight ounces of pomegranate juice a day. Another group took a capsule containing 1,000 milligrams of pomegranate extract every day, and a third group drank a placebo juice.

After 12 weeks the University of California, Los Angeles researchers measured the women’s skin resistance to UVB radiation by exposing small areas of their arms to increasing doses of UVB for short periods of time. It took longer to produce skin redness in the women who consumed either pomegranate juice or the capsules containing pomegranate extract, compared to the women who had the placebo juice.

Pomegranates get their bright red color from polyphenols which are a powerful group of antioxidants. The juice contains more antioxidants than nearly all other fruit juices and has three times the antioxidants found in red wine or green tea. Antioxidants remove free radicals from the body, protect cells from damage, and reduce inflammation throughout the body.

This study suggests that nutrition may improve skin health and resistance to UVB radiation in women. A larger study with a more varied group of people is needed to confirm these results, and more research is needed to see to what extent pomegranate could have an effect on skin aging and skin cancer.

The study was published in Scientific Reports.