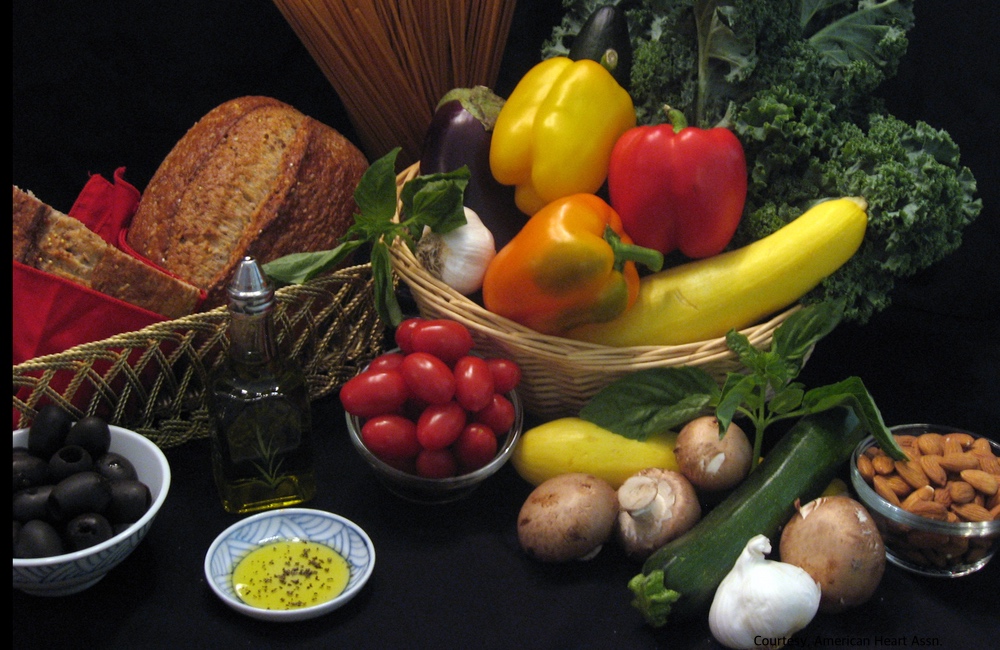 Beth Fontenot, MS, RD, LDN
It's good for the heart, metabolism, and keeping our brains healthy. Now, it appears to reduce the risk of at least one kind of cancer.

The most significant known risk factors for breast cancer are being female and growing older. Genetics play a role as well. But is diet a risk factor, too? Can changing the way you eat reduce the risk of breast cancer? Though studied extensively, the evidence linking diet and breast cancer risk has been inconsistent.
ADVERTISEMENT
In a new study, Spanish researchers studied the effects of two diets on breast cancer prevention in just over 4,100 post-menopausal women. One study group ate a Mediterranean diet rich in extra virgin olive oil, which accounted for about 15 percent of their daily calories. A second group followed a Mediterranean diet supplemented with nuts, and the third group (the control) ate a low fat diet.

The women in the study had an average body mass index of 30.4, and most of them had gone through menopause before age 55. Less than three percent had taken hormones. After five years, 35 women had developed malignant breast cancer.

The Mediterranean diet with added olive oil reduced the risk of malignant breast cancer by 68 percent. Women who are the diet supplemented with nuts had a slight, but non-significant, reduction in risk.

It is not yet known if the lower risk was due to the extra virgin olive oil itself, or if it was the olive oil in combination with the rest of the Mediterranean diet.

The study has its limitations. The number of breast cancer cases was small, and all of the women in the study were white, post-menopausal women who were at risk for heart disease and originally recruited for a study designed to study the effects of the Mediterranean diet on the prevention of cardiovascular disease.

ADVERTISEMENT
Though there is no perfect diet for every person or for every condition, a Mediterranean diet rich in olive oil is safe and good for overall health. Women are encouraged to adopt a more Mediterranean-style diet high in plant foods, fish, and olive oil, and low in dairy foods and red meat. It certainly can’t hurt.