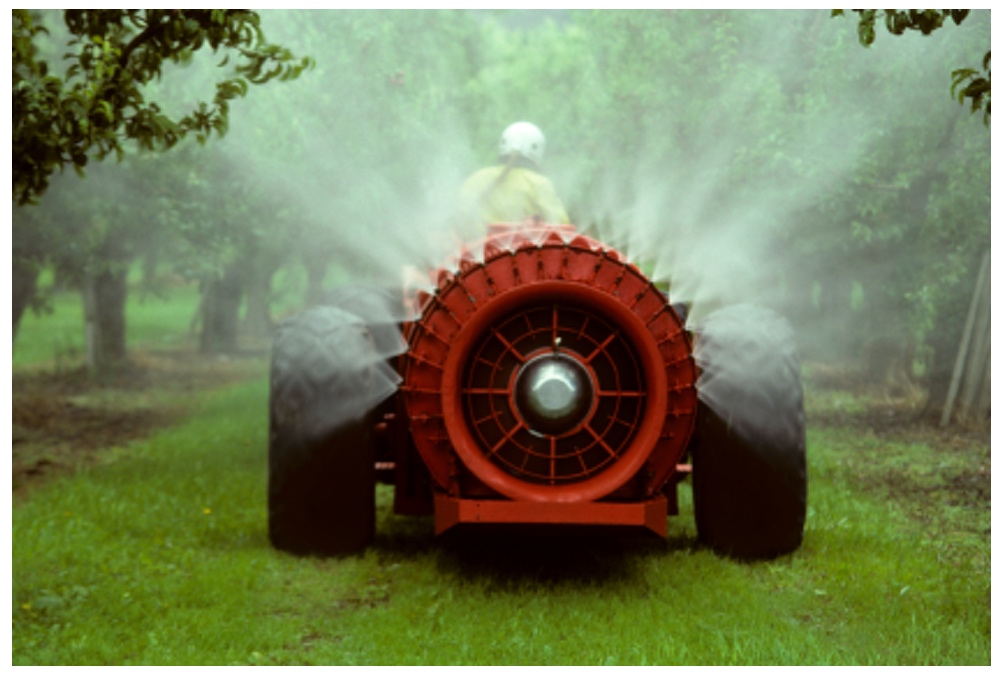 The whole idea of a pesticide is that it kills pests without killing the plant — and at least as important is that it doesn’t harm the person who’s eating that plant or is otherwise exposed. But over the years, pesticides have been linked to increasingly disturbing problems in humans, from birth defects to autism to Parkinson’s to cancer.

Now fetal exposure to the infamous pesticide DDT, banned in many parts of the world, has been linked to breast cancer later in life.

The fact that DDT can affect not only the people exposed to it, but their children as well, is a sobering finding.

Yes, DDT was banned in the U.S. in the 1970s, but it’s still present in the environment, and remains in use in other parts of the world. Researchers continue to study the lingering effects of its use in the U.S. – and the scientists who carried out the current study were interested in the connection between women who’d been exposed to the chemical in the 1960s, and the health of their daughters, who are now reaching middle age, today.
ADVERTISEMENT
The study is remarkable in that it used data from the Child Health and Development Studies (CHDS), which tracked women starting in the 1960s, and followed their children over the following decades. Blood samples were analyzed from around the time the women gave birth. It also followed the daughters of those women into their early 50s — 120 of whom had developed breast cancer, and 350 who had not.

There was a striking correlation between DDT exposure in the mothers and breast cancer risk in the daughters, the team, from the University of California, Davis and the Public Health Institute in Berkeley, CA, found.

And even more telling was the fact that a particular form of DDT, known as o,p'-DDT, was largely responsible for the connection: o,p'-DDT is a formulation that is an especially good estrogen mimic — it tricks the body into treating it as an estrogen. Higher levels of o,p'-DDT in the mothers were also linked to daughters having a more advanced stage of breast cancer at the time of diagnosis.

ADVERTISEMENT
“This 54-year study is the first to provide direct evidence that chemical exposures for pregnant women may have lifelong consequences for their daughters' breast cancer risk,” study author Barbara A. Cohn said in a statement.

The fact that DDT can affect not only the people exposed to it, but their children as well, is a sobering finding. And though the results may be disturbing, they’re critically important for policy makers to be aware of, and hopefully, take into consideration as other pesticides are developed and applied to crops.

“This study calls for a new emphasis on finding and controlling environmental causes of breast cancer that operate in the womb,” Cohn said. “Our findings should prompt additional clinical and laboratory studies that can lead to prevention, early detection and treatment of DDT-associated breast cancer in the many generations of women who were exposed in the womb.”

Her group will continue looking at links between different pesticides in utero and health risks in the next generation. Hopefully research like this will lead to the development of safer pesticides, and a better understanding of how they work, and all the risks involved.

The study is published in the Journal of Clinical Endocrinology and Metabolism.