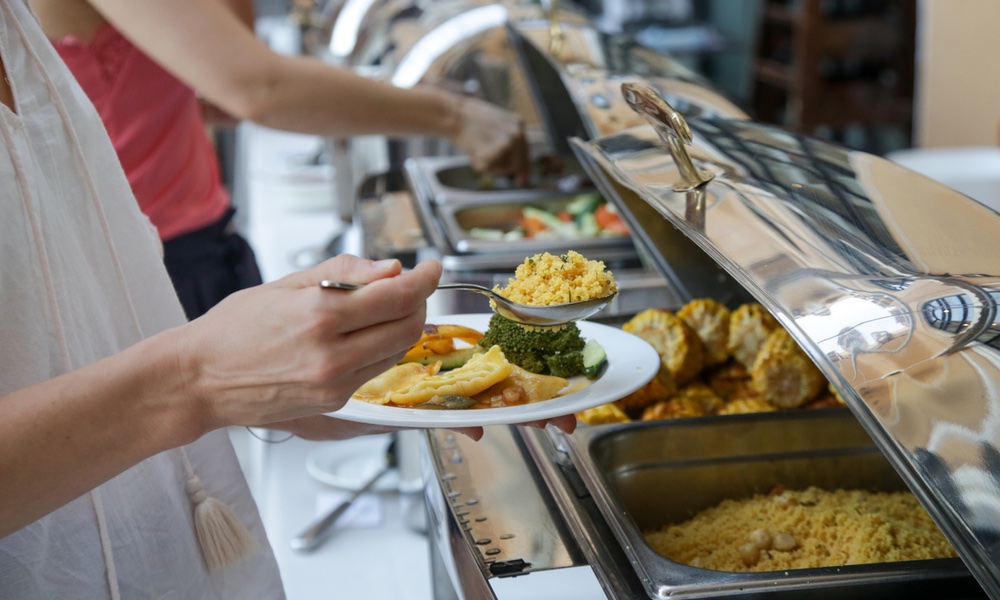 A Shortcut to A Healthier Diet

Beth Fontenot, MS, RD, LDN
The way a cafeteria is set up can subtly encourage better eating. It's all about distances.

The price of eating a meat-based diet is high. Not only can buying meat be expensive, eating too much of it can be risky for our health and the health of the planet. In other words, there's a great deal to be gained — both individually and globally — by reducing meat consumption.

It is possible to gently encourage people toward eating a more plant-based diet without them even realizing it, a new study suggests.

Large-scale farming of cows, chickens and pigs generates huge amounts of greenhouse gas emissions that contribute to water, air, soil pollution, dead zones in the ocean and climate change. About 80 percent of farmland globally is devoted to these farms, yet they only contribute to roughly 20 percent of the world’s calorie intake.

University of Cambridge conservationists are studying ways to “nudge” people away from eating as much meat and toward eating more plant foods. They set up two experiments in two cafeterias on campus to see if where vegetarian options were placed in the cafeteria line would influence the food choices students made. Then they collected data on over 105,000 student meal selections over two years.

Vegetarian dishes were placed before meat options in the serving line, but that alone did not boost sales of plant-based foods.

Foods were purchased by swiping a university card, allowing the researchers to anonymously gather data on meal choices. The placement of meat and vegetarian dishes in the cafeteria line was changed every other week, then every month. Sandwiches and salads were not included in the data collected, and the diners were not aware of the experiment.

Vegetarian dishes were placed before meat options in the serving line, but that alone did not boost sales of plant-based dishes in one of the cafeterias.

“We think the effect of the [extra distance] may be down to the additional effort required to seek out meat. If the first bite is with the eye, then many people seem perfectly happy with an appetizing veggie option when meat is harder to spot,” said Emma Garnett, a conservationist in Cambridge’s Department of Zoology, in a statement.

ADVERTISEMENT
All restaurants and cafeterias are laid out in such a way to “nudge" people to purchase something, explained Garnett. So it makes sense to arrange the meal options in a way that will encourage people to make better food choices without even thinking about it.

Eating less meat and dairy is a simple yet impactful choice that can help protect the environment. The challenge is to present food so that people automatically make choices that are best for the environment.

The study was published in Nature Food.