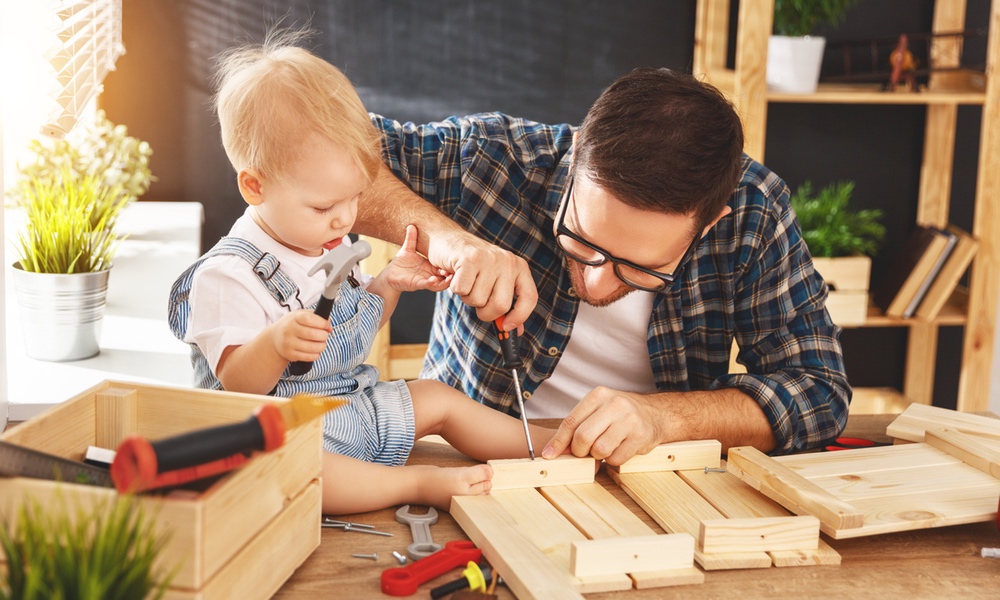 Helping Out is Child's Play

Neil Wagner
Kids as young as 19 months seem to know what altruistic behavior is even if not all of them engage in it.

Altruistic people help others who are in need, even when there's a cost involved. They may not do this all the time, but animals pretty much don't do it at all — it's one of the qualities that makes us human.

It turns out that even babies will do this, though they don't generally get much of a chance to help out needy adults. Researchers from the University of Washington were able to put them in a situation where their help was needed. And the babies came through — at least some of them did.

Certain details of the experiment suggest that the babies really did want to help and were willing to sacrifice to do so.

An experimenter and a 19-month old toddler sat on the floor next to each other for the study. There was a table between them, and inside a drawer on the table were four small pieces of fruit. The experimenter would pull them out, one at a time, and show them to the baby along with some commentary such as “Whoa, I found another fruit, it’s a blueberry, see the blueberry?”
ADVERTISEMENT
The researcher would then either fumble and drop (experimental group) the fruit or aim and throw (control group) the piece of fruit into a tray on the floor. The researcher in the control group would then simply place his hands on the table for 20 seconds.

Like most adults, the baby helped out — some of the time.

In the experimental group of 24 babies, the babies handed back the fruit to the experimenters over one-third of the time (34.38 percent), over eight times more often than toddlers in the control group did (4.2 percent of the time).

Babies notice more of what is going on in the world around them than their adults give them credit for. Here, they seemed to see something meaningful in the experimenter's actions — reaching for the fallen fruit and looking from it to the baby — because they were so much more likely to give the fruit back under those conditions.

ADVERTISEMENT
Of course it's impossible to tell exactly what is going on in a baby's mind. Perhaps they wanted to help out or maybe they thought it was all some kind of game. But certain details of the experiment suggest that the babies really did want to help and were willing to sacrifice to do so.

First of all, while babies can be picky eaters, this was kid-friendly fruit that the babies liked — blueberries, grapes and small pieces of banana and strawberry. Parents had rated their babies fondness for these four fruits as six on a scale of one to seven. The little ones were giving away something that they really liked.

In addition, six of the 24 babies in the experimental group handed the fruit back the very first chance they got, way before repetition or training could set in, while only one of the control babies did so.

A second experiment where parents brought in a different group of babies right before they were due for a meal or a snack produced similar results.

Why didn't the babies hand back the fruit a majority of the times? Well, adult don't help out needy strangers every chance they get, either. And this may also reflect personality differences among the babies that have already formed at 19 months. Five of the 14 infants who handed fruit back did so every chance they got (four trials).

ADVERTISEMENT
To the researchers, this all adds up to a baby-sized version of altruistic helping.

“If we can discover how to promote altruism [in] our kids, this could move us toward a more caring society,” said lead author, Rodolfo Cortes Barragan, a postdoctoral researcher at the University of Washington's Institute for Learning & Brain Sciences.

For more details on these experiments, see the article in Scientific Reports.