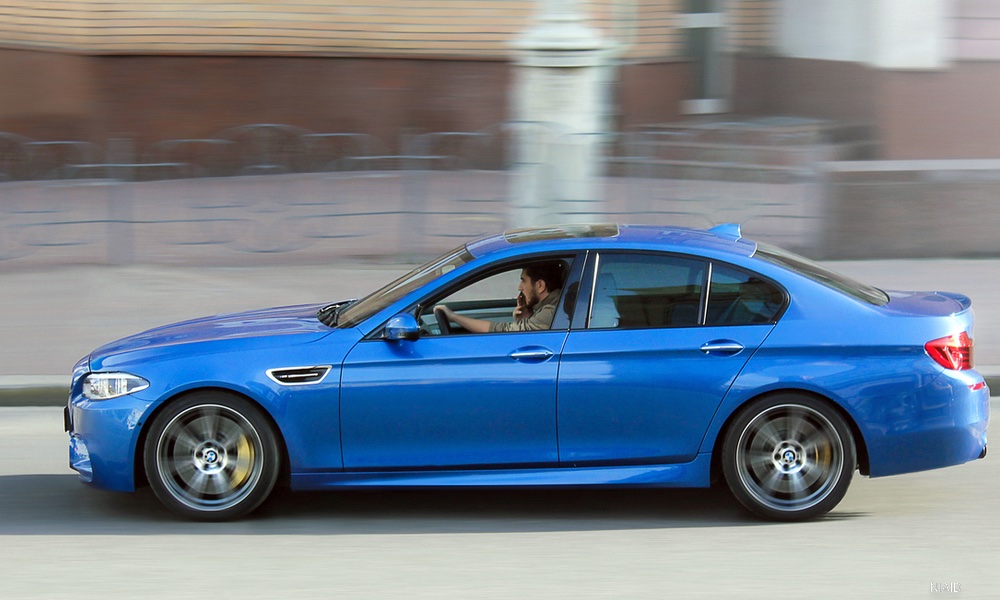 Neil Wagner
Why are drivers of German cars more likely to drive recklessly? A researcher decided to find out.

You don't have to be obnoxious to drive a fast car, but it certainly helps.

Science strives to furnish us with simple answers to everyday questions about how the world works. Recently it tackled the question of what type of person is likely to be behind the wheel of a BMW, Audi or Mercedes.

The study was motivated by a Finnish researcher's observation that most traffic violations were committed by men driving high status cars. “I had noticed that the ones most likely to run a red light, not give way to pedestrians, and generally drive recklessly and too fast were often the ones driving fast German cars,” said researcher, Jan-Erik Lönnqvist, of the University of Helsinki's Swedish School of Social Science.

The link to personality held regardless of income — rich or poor, disagreeable men were likelier to own a high-end car.

As a professor of social psychology, Lönnqvist was in a better position than most to test out whether his assumption was true. He did indeed find confirmation of his experiences, though the story runs a little deeper than he expected.
ADVERTISEMENT

By surveying nearly 2,000 Finnish car owners about their car, consumption habits, wealth and personality traits, Lönnqvist and his team sought to find whether any specific type of person was likely to own a high-end car and, if so, whether they also had a tendency to break traffic laws.

The answers were unambiguous: self-centered men who are argumentative, stubborn, disagreeable and unempathetic are much more likely to own a high-status car such as an Audi, BMW or Mercedes.

“These personality traits explain the desire to own high-status products, and the same traits also explain why such people break traffic regulations more frequently than others,” says Lönnqvist.

Of course it takes money to actually buy a high-end car. But the link to personality held regardless of income — rich or poor, disagreeable men were likelier to own a high-end car.

The connection between these annoying personality traits and high-status cars was only found among men, not women. The researchers cannot give a clear explanation for why men and women behave so differently, but then again, who can?

But disagreeable men weren't the only people likely to own a high-end car. So were conscientious people of both genders. And they are not prone to lawbreaking. In fact, conscientious people are characterized by a strong awareness of the impact that their own behavior has on those around them, making them less likely than the average person to break the rules, including traffic laws.

Self-centered men who are argumentative, stubborn, disagreeable and lack empathy are much more likely to own a high-status car such as an Audi, BMW or Mercedes.

So why do conscientious types also love expensive cars? It is likely explained by the importance that conscientious people attach to high-quality, says Lönnqvist. They want a reliable car and by driving one may even be trying to send out the message that they, too, are reliable.

“It would be great if consumers had other, sustainable ways of showing their status rather than the superficial consumption of luxury goods that often has negative consequences,” said Lönnqvist, but, unfortunately, some people do let their purchases do their talking for them.

The study's major conclusions are succinctly summed up in the title of the team's article: “Not only assholes drive Mercedes. Besides disagreeable men, also conscientious people drive high-status cars.” The article appears in the International Journal of Psychology. A copy of the full article is accessible here.

RELATED STORIES
Life's Lessons For The Self-Absorbed
At The Core Of Dark Personalities
Can Kindness Change The Brain?
LATEST NEWS