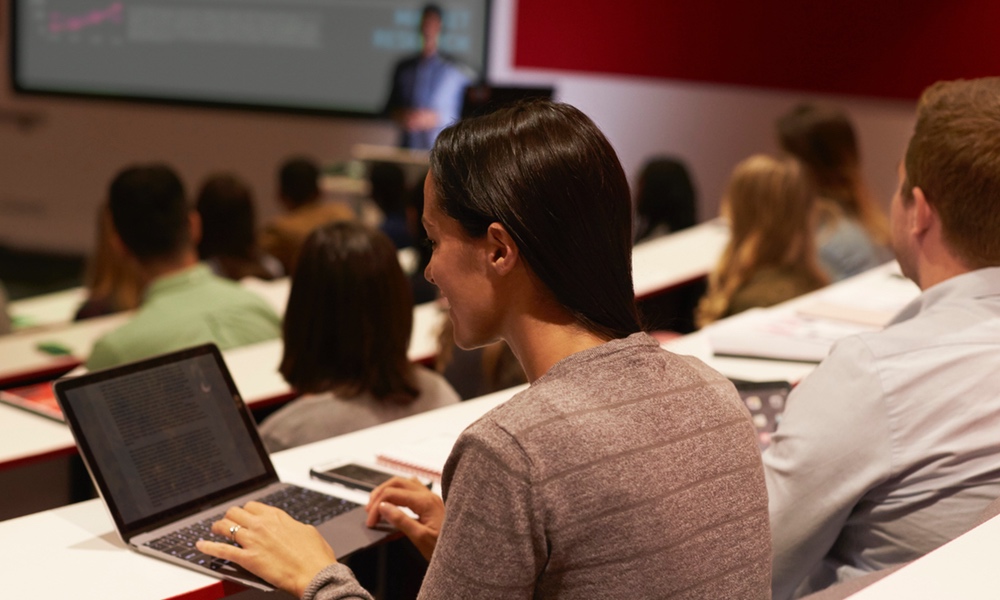 Alice G. Walton
Using phones, tablets and laptops in the classroom can have a nasty effect on grades.

Laptops and tablets may be popular alternatives to pen and paper in the classroom, but a new study suggests that the old-fashioned method may be better — for everyone. Rutgers University researchers found that gadgets in the classroom had a negative effect not only on the students who used them, but on students who were simply in the same room.

Rather than just looking at the relationship between gadgets and grades, the research team decided to test the connection with a true experiment, using 120 psychology students. One section of the class would be allowed to take their phones, laptops and tablets into their lectures. For the other section, electronic devices were prohibited for the entire semester.

“...[W]hen a person divides attention between two tasks, they remember less from at least one of them.”

The team monitored students’ grades throughout the term to see if the use of devices corresponded to grades in some way. It turned out that there weren’t any differences in the two groups’ grades on tests during the semester, but students who were allowed to use phones, laptops and tablets for end-of-term exams didn't do as well: Their final exam grades were about half a grade lower than students for whom electronic devices were not allowed.
ADVERTISEMENT
The grades of students who weren’t using devices, even though they were allowed to, also suffered. It appears that simply being exposed to electronic devices was enough of a distraction to jeopardize students' grades.

“These findings should alert the many dedicated students and instructors that dividing attention is having an insidious effect that is impairing their exam performance and final grade,” said study author, Arnold Glass, in a news release. “To help manage the use of devices in the classroom, teachers should explain to students the damaging effect of distractions on retention — not only for themselves, but for the whole class.”

This is not the first study to suggest that electronic gadgets aren’t great for grades, but it’s the first to test it in the real world with a relevant outcome — grades — as the variable. Other studies have also found that people learn information better when they write it down on paper vs. keyboarding it during lectures. So for more than one reason, it may be well worth it to get back to basics, at least during lectures.

It's easy to be distracted in class, especially with a tablet, cell phone or laptop handy. As the authors point out, there was a time when being distracted by another activity during class simply wasn’t an option. The ease of distraction is a detriment to the students.

“Regardless of class size, dividing one’s attention between a lecture and some other activity, such as doing homework for another course, was not a possibility [years ago],” they write. “This cultural prohibition was beneficial because 60 years of laboratory studies have found that when a person divides attention between two tasks they remember less from at least one of them.”

ADVERTISEMENT
The study is published in the journal, Educational Psychology.
ADVERTISEMENT