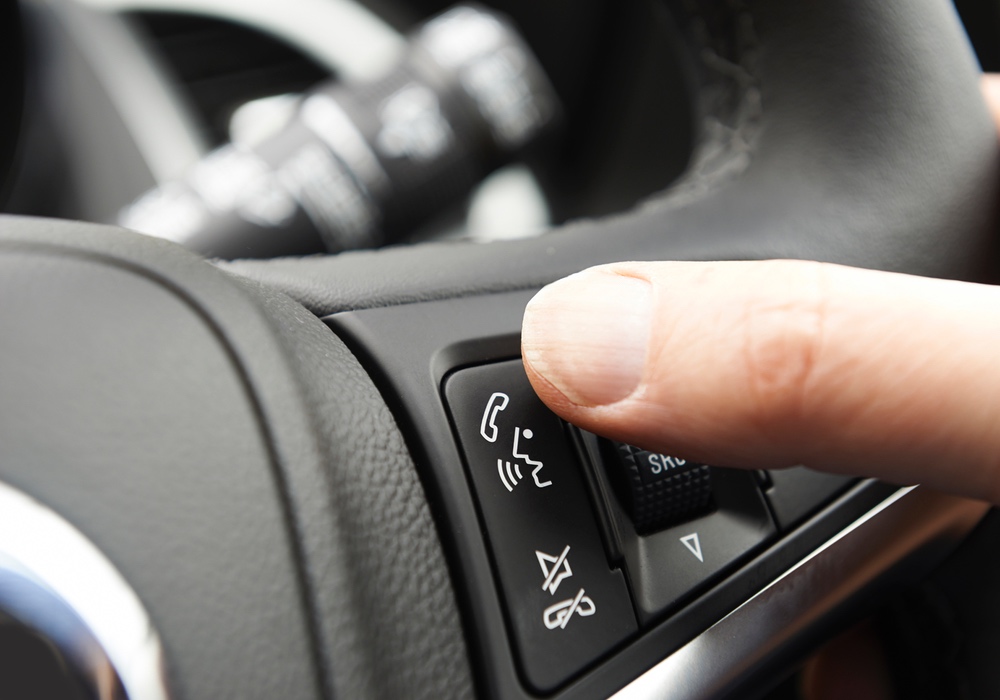 Alice G. Walton
Don't think hands-free will make you safer behind the wheel. Your brain has just so much bandwidth.

If you think a hands-free device makes talking on your cell phone while driving safer than talking on your cell itself, think again. Having a phone conversation — with or without hands — eats up a good bit of attention and, according to a new British study, made people worse drivers than those who weren’t talking.

People in the study were given a simulated driving task in the lab while they engaged in different types of conversations. Their simulated drive required that they look out for and respond to hazards that appeared before them. Their eye movements were tracked to see where they were looking.

Any amount of spatial processing can detract from our driving capabilities, and it doesn’t matter whether there’s a cell phone in hand or not.

Some of the participants had to answer questions asked aloud. Other questions required either visual-spatial attention, like whether a five-pound note is the same size as a ten-pound note. And there were general knowledge questions, like how many days are in a leap year.
ADVERTISEMENT
People asked questions that required their visual-spatial attention were significantly worse at picking up on road hazards. They made more “looked but failed to see” errors, meaning that their eyes were focused on a hazard but they didn’t actually register it.

They also picked up on fewer hazards overall, and their reaction time was slower on those they did notice. Finally, people who were having a conversation involving spatial information saw less of the road ahead: they missed hazards in their peripheral vision.

“A popular misconception is that using a mobile phone while driving is safe as long as the driver uses a hands-free phone,” said study author, Graham Hole, in a news release. “Our research shows this is not the case. Hands-free can be equally distracting because conversations cause the driver to visually imagine what they're talking about. This visual imagery competes for processing resources with what the driver sees in front of them on the road.”

The problem is that the brain only has so much bandwidth to devote to a particular type of processing. So if you’re having a conversation that requires you to visualize how something looks, spatial processing, it follows that you will not be as alert to the spatial cues that are actually in front of you.

ADVERTISEMENT
“The person at the other end of the phone might ask ‘where did you leave the blue file?,’ causing the driver to mentally search a remembered room,” said Hole. The driver may also simply be imagining the facial expression of the person they're talking to, or visualizing a host of other spatial images, like where the person on the other end of the line is at the moment, or reminiscing about a trip the driver and his conversation mate once took together, he added.

The bottom line is that any amount of spatial processing can detract from our driving capabilities, and it doesn’t matter whether there’s a cell phone in hand or not.

“The only ‘safe’ phone in a car is one that's switched off.”

The use of hand-held phones is illegal primarily because they interfere with vehicle control. But this study shows that both hand-held and hands-free phones are dangerously distracting for drivers. Clearly this research isn't a green light to use hand-held mobile phones while driving. As Hole puts it, “The only ‘safe’ phone in a car is one that's switched off.”

It’s not clear how much talking to a person who’s actually in the car, which people have been doing for decades, interferes with driving. Perhaps researchers will look at that next. In the meantime, turn off the phone when you’re in the car — it appears that any kind of phone use, from texting to hands-free talking, is just not safe while driving.

ADVERTISEMENT
The study was carried out at the University of Sussex and is published in the journal Transportation Research.

RELATED STORIES
Cell Phones, Bored Parents And Playgrounds
A Smartphone Productivity Nightmare
Did Your Doctor Ask You To Turn Off Your Cell Phone?
LATEST NEWS