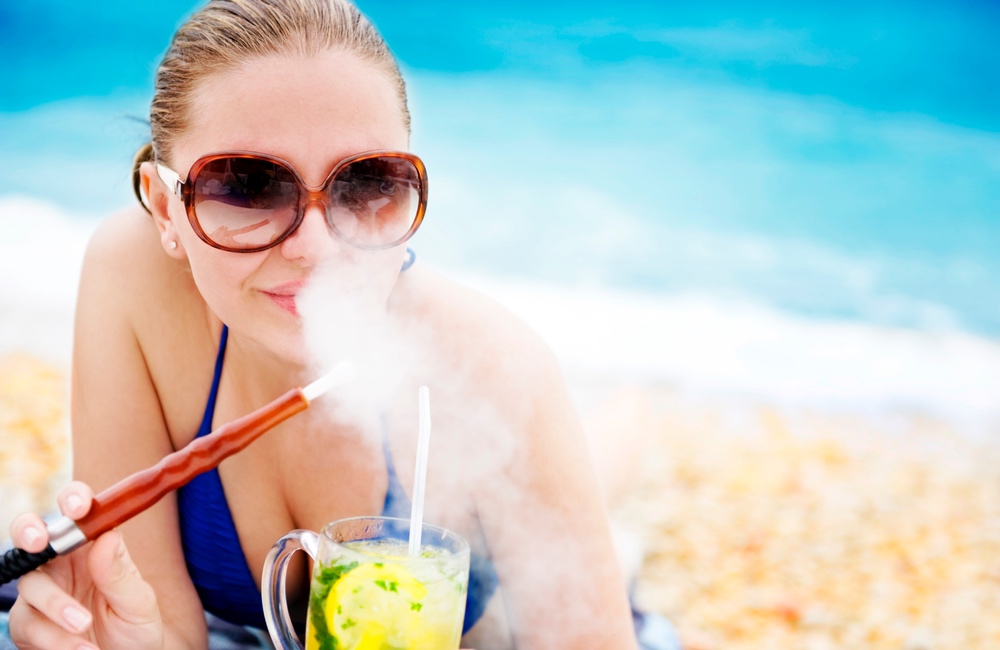 Neil Wagner
The water in hookahs cools tobacco smoke — but the pipes deliver huge amounts of tar and nicotine.

When young adults sit down to smoke tobacco with a hookah, they'll probably end up inhaling as much tar as they would if they smoked well over a pack of cigarettes, according to a study of what happens during a typical hookah session.

Tar is the brownish residue from smoke that discolors fingers, teeth, and of course, lungs. Unlike nicotine, it is cancer causing.

In a hookah, smoke is pulled through and cooled by the water in the receptacle below. A typical hookah session also means inhaling about 125 times the smoke, 10 times the carbon monoxide and 2.5 times the nicotine found in a single cigarette.

These figures are averages. Because hookahs and the tobacco that is smoked in them vary, as do cigarettes, the study authors looked through over 500 published studies on cigarettes and hookahs to find 17 that included sufficient information for them to form a reliable estimate of what people are typically inhaling when smoking cigarettes or hookahs.

A typical hookah session means inhaling about 125 times the smoke, 10 times the carbon monoxide and 2.5 times the nicotine found in a single cigarette.

Cigarette smoking is declining, but hookah smoking is rapidly increasing, at least among younger people. A yearly survey of college students about drug use since 1980 found that nearly one-third of college students reported using a hookah in the last 12 months. The Centers for Disease Control and Prevention has reported that hookah use is more common than cigarette use among high school students.

Hookahs are many younger people's first exposure to smoking tobacco. The water cools the smoke, making it easier to inhale, so people may not realize just how much they are actually inhaling. This cooling can also lead to a perception that hookah smoking is not dangerous or at least is less dangerous than other forms of smoking.

The study authors would like hookah smoking to receive much closer scrutiny: “Our results show that hookah tobacco smoking poses real health concerns and that it should be monitored more closely than it is currently,” said lead author, Brian A. Primacy, of the University of Pittsburgh in a statement.

The current study should help put that misperception to rest.

ADVERTISEMENT
Along with e-cigarettes, hookahs are helping to create a new generation of smokers. And they may also serve as a gateway to smoking cigarettes, since cigarettes do not require a trip to a special lounge to be smoked. Hookah bars themselves are largely unregulated.