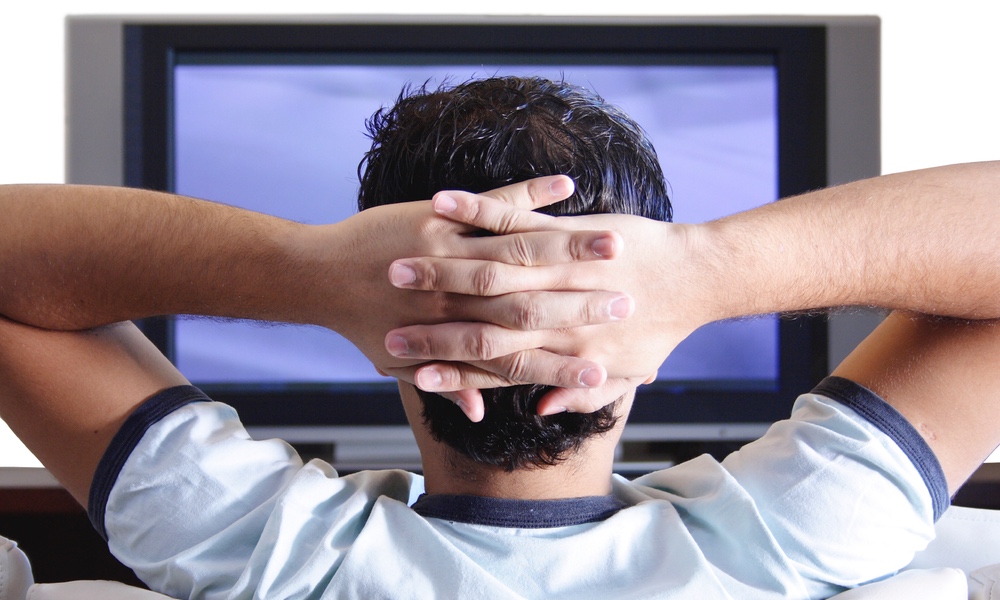 For Seniors, TV Is Dangerous

Neil Wagner
Watching TV, especially at night, is a big reason many seniors have trouble walking. Here's why.

One of the simplest health tips is to watch a little less TV. The harmful effects of TV viewing were on full display in the findings of a study published recently.

The problem is that when people watch TV they aren't moving. Close to 30 percent of study participants had developed difficulty walking or were unable to walk at all at the end of the study, which ran nearly 10 years. Those who watched a lot of TV were much likelier to report these difficulties — the walking blues.

“Sitting and watching TV for long periods (especially in the evening) has got to be one of the most dangerous things that older people can do because they are much more susceptible to the damages of physical inactivity,” said Loretta DiPietro, the study's lead author, in a statement.
ADVERTISEMENT
Over 134,000 AARP members took part in the study. Their average age at the start of the study was 61, and they were tracked for an average of 8.6 years. No one in the study reported any walking problems at the study's start.

The risk was even higher for heavy TV watchers who sat a lot and exercised little. But no matter how much they exercised, the more they watched TV, the likelier they were to end up with the walking blues at the study's end.

Younger people might be able to get away with sitting for long periods because they are more robust, DiPietro says. But after age 50, this study suggests that prolonged sitting, and especially extended hours of television viewing, becomes particularly hazardous. TV viewing in the evening may be particularly unhealthy because it isn't broken up by short bouts of activity, as it usually is during the day, she adds.

To DiPietro, Chair of the Department of Exercise and Nutrition Sciences at the George Washington University's Milken Institute School of Public Health, the solution is clear: “Our findings suggest that older people who want to remain fit must ramp up their daily physical activity and reduce the amount of time they spend sitting.”

ADVERTISEMENT
She offers a variety of suggestions that might help.

Older people should walk around as much as possible throughout the day. People who do sit for long stretches should make sure to get up at least once an hour. Those doing their sitting at a desk could consider switching to a standing desk. Take the opportunity to choose the stairs instead of the elevator.

And, of course, everyone should consider cutting down on TV time, especially binge-watching.

The study appears in the Journals of Gerontology: Series A and is freely available.

RELATED STORIES
Mall-Walking, Anyone?
Walk Away From Heart Failure
One Reason You May Feel Anxious
LATEST NEWS