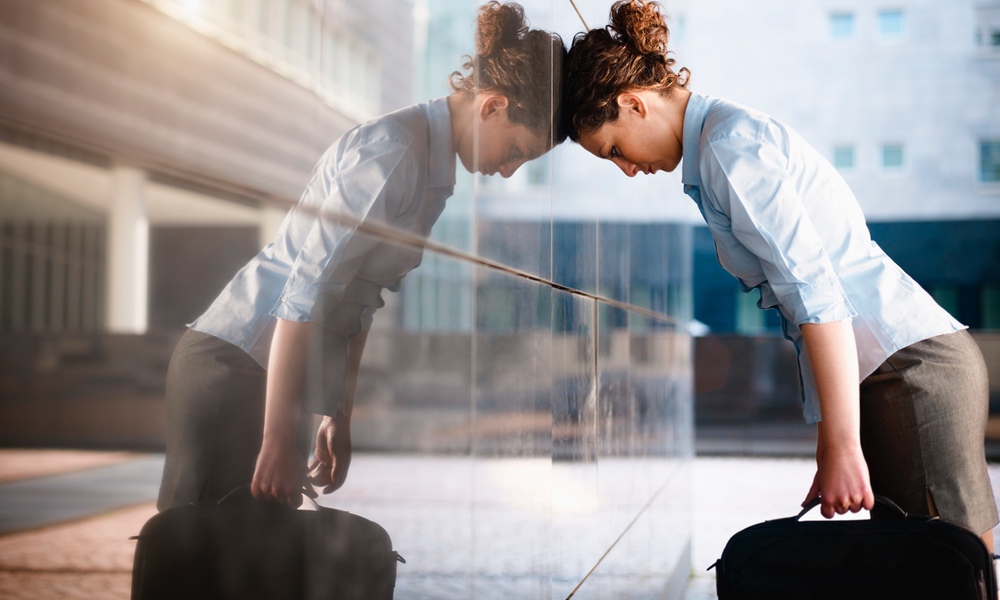 The Pandemic Pushes Moms Out of the Workforce

Leslie Carr
School closures may be good for public health, but they wreak havoc on women's work lives, creating stress and undermining years of progress.

The COVID-19 pandemic has had a huge impact on employment everywhere, but its effect on working mothers threatens to undo years of women’s gains in the labor force and could deliver a long-lasting blow to their earnings and occupational advancement over the course of their careers, researchers from Washington University in St. Louis found.

Working mothers have been sidelined not just by the workplace closures related to lockdown safety precautions, but by the closing of schools. As a result, the gender gap that usually exists between parents has grown even wider.

Mothers’ employment fell to a greater extent than fathers’ in every state, but the gap is widest in states where schooling was fully remote at the start of the school year.

When the 2019-20 school year began, U.S. mothers' rate of labor participation was, on average, 18 percentage points lower than that of fathers. In September 2020, that gap had widened in states where remote instruction had largely replaced in-class learning and had grown to over 23 percentage points. The gender gap in parents' labor force participation grew by less than one percentage point in states where in-person instruction remained the norm.
ADVERTISEMENT
When kids are sick, it is usually mothers who scramble and either stay home or find care. The pandemic has created a situation where mothers who could not work remotely — such as service workers — and who had few or no low-cost childcare options had to stay home.

“Our research shows schools are a vital source of care for young children, and without full-time, in-person instruction, mothers have been sidelined from the labor force,” Caitlyn Collins, assistant professor of sociology at Washington University and a co-author of the study, said in a statement.

“The longer these conditions remain in place, the more difficult it may be for mothers to fully recover from prolonged spells of non-employment, resulting in reduced occupational opportunities and lifetime earnings.”

To understand the nature and magnitude of school closures across states. Collins and researchers from the Maryland Population Research Center, the University of Melbourne and the University of North Texas used the Elementary School Operating Status (ESOS) database to measure the percentage of state school districts offering in-person, remote and hybrid instruction models for elementary schools in September 2020. Then, to see how school re-openings and parents’ labor force participation rates might be linked, they compared the 2020 rates with those observed in 2019 before the pandemic.

Out of the 26 states covered in the ESOS database, they selected three states to serve as illustrations of the consequences of various reopening statuses — New York, Maryland and Texas.

Finally, in Texas — where more than half of school districts offered full-time, in-person education for elementary students — mothers’ participation in the work force dropped by 10 percentage points, from 77 percent to 67 percent, while fathers’ dropped only 3 percent — from 96 percent to 93 percent.

Those states with little in-person learning will likely continue to see low maternal labor force participation with the potential for devastating, long-term effects for many women with children.

Mothers’ employment fell to a greater extent than fathers’ in every state, but the gap is widest in states, like Maryland, where schooling was fully remote at the start of the school year.
ADVERTISEMENT
The impact of the pandemic and school closures has hit women harder than their husbands. Mothers were more likely to need to reduce their work hours or exit the labor force altogether. The researchers found this happened even when both parents were able to telecommute.

“Mothers…reported greater increases in anxiety, depression and disturbed sleep compared to fathers, especially after experiencing a job loss or an increased housework or childcare load,” researcher, Leah Ruppanner, associate professor of sociology at the University of Melbourne, said.

In addition to educating kids, schools, especially elementary schools, serve as a source of childcare. “Without more support from fathers, employers and the government, something had to give under this unsustainable pressure. With schools closed, “What seems to be giving is mothers’ employment,” noted Collins.

This is only going to get worse as the pandemic continues, she added. Those states with little in-person learning will likely continue to see low maternal labor force participation with the potential for devastating, long-term effects for many women with children.

The fallout from mothers being forced to leave their jobs to stay home with their children during the COVID-19 school closures will likely last well beyond the pandemic. When mothers leave the workforce, it has both an immediate economic impact and a longer-term effect on their psychological well-being, economic independence, and their career attainment and earnings over their lifetimes.

“These are not personal problems, but deeply political issues that require policy interventions,” the authors write. “Well-funded and evidence-based reopening plans are necessary to allow children to return to school face-to-face, and to allow parents to engage in paid work.”

The study is published in Gender & Society.