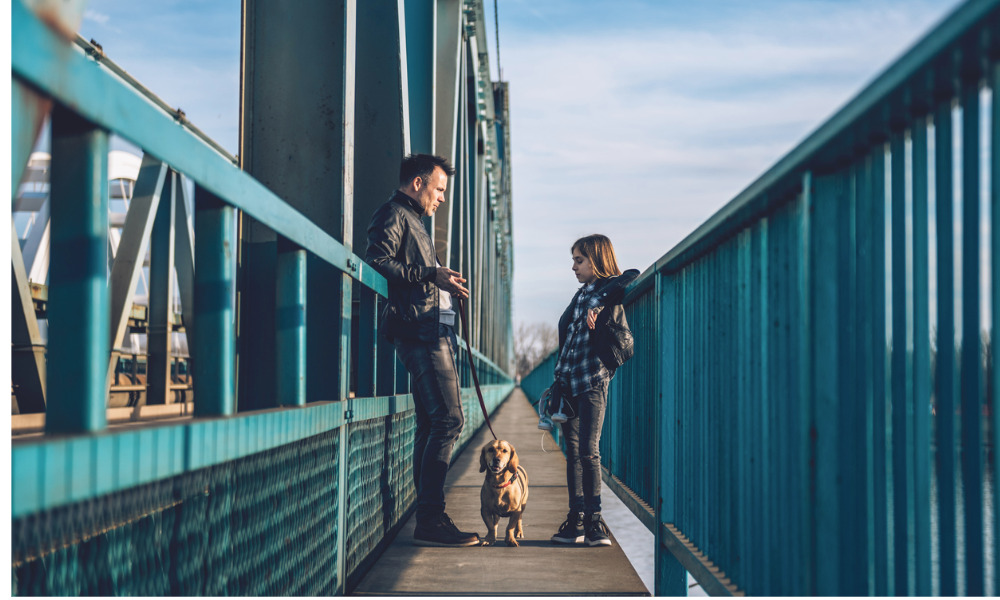 Your Kids Know You're Stressed

Charlotte LoBuono
Parents often try to hide their worries from their children, but kids pick up on anxious undercurrents anyway.

It’s easy for parents to feel stressed during the best of times, as they juggle their kids’ busy schedules with their own obligations. But when spending a lot of time together while quarantining during the global pandemic is combined with fear and social isolation, parents can cause their children even more stress. Parents want to reassure their kids that “everything is fine,” when it’s actually anything but fine.

Researchers at Washington State University, New York University and the University of California have found that parents who suppress their feelings during times of stress can still transmit their stress to their kids. And parents who try to protect their kids by telling them everything is fine may actually may be making children’s stress worse.

“It's not that you are screwing up — but honor your feelings and your child's feelings. Be brave enough to look at it.”

Sara Waters, corresponding author of the study, told TheDoctor, “It’s really important that parents be honest with their children about feeling stressed.” If parents are not honest about stress, it can confuse their children, and it sends the message that it’s not OK to express strong emotions or be upset. And that can make it harder for kids — and parents — to develop a strategy for dealing with stress.
ADVERTISEMENT
It’s important that parents let it be ok to not be ok right now. “The best thing we can do for ourselves and our children is prioritize kindness, empathy and compassion,” Waters said. Parents should adjust their expectations for themselves and their children accordingly.
The Study
The researchers studied interactions among 214 people: 107 adults, about half of whom were men, and 107 of their children, all between seven and 11 years old. First, they asked the members of each parent-child pair to list the five topics that caused the most conflict between them. Then they separated the parents and children, and had each parent perform a stressful activity such as giving a short speech about themselves. During this activity, the researchers used sensors to measure the parent’s physiological response to stress.

The researchers then brought the children back in, and asked each parent and child to have a conversation about the topic that caused the most conflict between them. Half of the parents were assigned to the experimental group, and asked to suppress their emotions during the conversation. The other half, acting as the control group, were told not to suppress their feelings, and behave towards their child as they would at home. Both parents and children wore sensors during the conversation to measure their physiological responses. The interactions were filmed and scored by third party viewers.

The parent-child pairs in the experimental group were less warm and engaged with one another. When parents get distracted by trying to keep their feelings hidden, kids quickly change their behavior to match that of their parent, explained Waters, an assistant professor in the department of human development at Washington State University.

ADVERTISEMENT
Children whose mothers were in the experimental group that was instructed to hide their feelings showed physiological and behavioral signs of stress. Mothers in the control group, however, who were not trying to suppress their emotions, did not transfer their stress to their children.

Parents who try to protect their kids by telling them everything is fine may actually be making children’s stress worse.

Dads in both the control and experimental groups did not transfer their stress to their children. Waters thinks this may be because fathers tend to suppress their emotions around their children more than mothers, so kids are more used to their dad saying things are fine when they are not. Kids reacted to their mothers repressing their emotions because it was more unusual. They were paying more attention and picked up on their mother’s stress.
The Best Thing Parents Can Do
“Research shows that it's more comforting for kids to have their feelings honored than just be told ‘It's going to be fine,’” Waters said in a statement. If your child complains about not being able to see their friends, instead of trying to talk your child out of those feelings or cheer them up, “Just sit with them and give them a chance to regulate those emotions on their own,” she said. “Try not to show that you're frustrated with them, or solve their problem. And try to do the same for yourself, give yourself permission to be frustrated and emotional.”
ADVERTISEMENT
The team's biggest fear, according to Waters, is that the study will cause parents more stress. “We don't want this to be another thing that parents stress out about when raising their kids. It's not that you are screwing up — but honor your feelings and your child's feelings. Be brave enough to look at it. Kids will work their way through it; they're good at it. Giving yourself permission to feel opens up your mind to more and better problem solving. It's a good thing.”

Waters said she hopes this article gives parents scientific evidence that says, “‘Take care of yourself and give yourself permission to feel your feelings, even if they are scary.’ That’s not only what is healthiest for you, it is also healthiest for your child.” Trying to suppress stress as a way of coping is not serving parents or children.

The study is published in the Journal of Family Psychology.