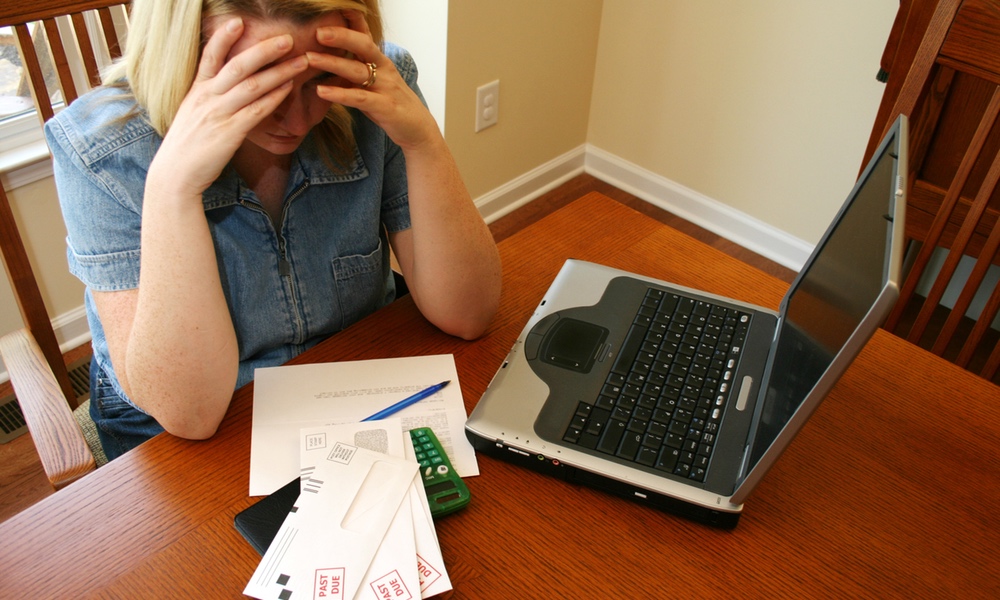 It used to be most common for workers' incomes to rise gradually, and steadily, over their careers, but the economic picture has become more extreme in recent years. Income volatility, particularly significant losses of income, occurs frequently, as technology makes certain jobs obsolete, the stock market experiences turbulent swings, and people are laid off. This kind of income volatility doesn't just hurt people economically. Such economic crises often lead to health problems, too.

About 50 percent of the study population had a fluctuation in income, indicating that income volatility is pretty common.

“Income volatility is a growing public health threat, especially when federal programs, which are meant to help absorb unpredictable fluctuations in income, are undergoing continuous changes, mostly cuts,” Tali Elfassy, co-lead author of a new study about changes in income and their affect on health, told TheDoctor.
The CARDIA Study
ADVERTISEMENT
Studies have measured changes in income before, but only at one point in time. Elfassy and her team collected data on income at several points over a 15-year period. Then they looked at the long-term association between income volatility and its effects on health for the next 10 years, analyzing data from an ongoing study of about 4,000 people living in four U.S. cities: Birmingham, Alabama; Minneapolis, Minnesota; Chicago, Illinois; and Oakland, California known as the Coronary Artery Risk Development in Young Adults (CARDIA) study.

The CARDIA study began in 1990, when participants were between 23 and 35 years old. The researchers checked participants' income at five points between 1990 and 2005. Income volatility was defined as a drop in earnings of 25 percent or more between two sequential assessments.

Next the team studied these financial fluctuations against medical records and death certificates to determine the number of fatal and non-fatal cardiovascular disease (CVD) events and the number of deaths among participants from any cause between 2005 and 2015. During that 10-year period, greater income volatility and more frequent drops in income were positively associated with heart problems and death, the researchers found. As one went up, the other did, too.

Cardiac Risk Doubles
The strength of the association between disruptions in income and health was the most unexpected study finding. “We saw almost a doubling of the risk of CVD events and premature death,” said Elfassy, an assistant professor of epidemiology at the University of Miami Miller School of Medicine. The researchers were also surprised to see such a strong effect in such a young population, she added.
ADVERTISEMENT
About 50 percent of the study population had a fluctuation in income, making income volatility pretty common. “You are not alone if you experience a substantial drop in income,” Elfassy said. People who experience fluctuations in income should seek help, just as they might if they had been robbed or hit by a tornado or hurricane, because such potentially traumatic events can really impact health. Unfortunately, people tend to see a job loss or pay cut as a personal failure and are less likely to get counseling.

The researchers were surprised to see such a strong effect in such a young population.

It is not yet clear why income fluctuation is so closely associated with disease. Most likely it's stress-related, a result of the mental and emotional exhaustion money problems bring and the physical toll these take. Elfassy offers the example of an average American family of four making $60,000 per year. An unexpected 25 percent drop in income would be significant and very stressful. The increased stress of having to cancel planned purchases or being unable to afford things one used to be able to afford could contribute to cardiovascular disease and premature death, especially if the change was unforeseen. Adding chronic stress, such as having an aging parent/grandparent at home to care for, would make it even worse.

In the future Elfassy and her team hope to look at exactly how income fluctuation actually causes a biological reaction in the body. They believe understanding the mechanism of action should help identify preventive strategies.

The study was published recently in Circulation.