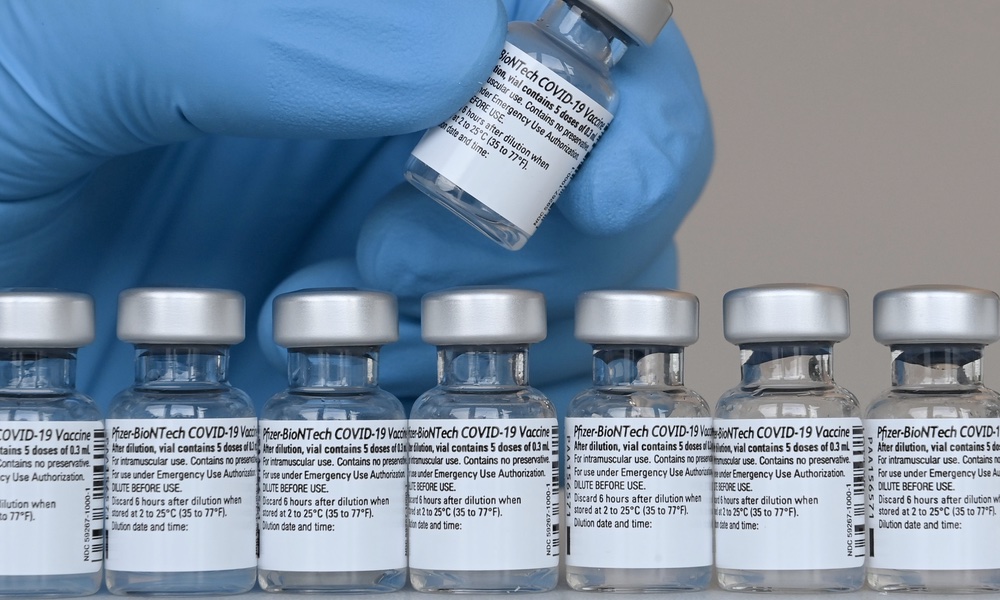 Vaccines and the Delta Variant

The vaccine rollout in Scotland gave researchers a way to test their effectiveness against the Delta variant. The results were impressive.

If you’re wondering if vaccinations are effective in preventing death from the aggressive Delta variant, the answer is a resounding yes. A recent real-time study conducted nationwide in Scotland, as vaccinations rolled out and published in the New England Journal of Medicine, found the Pfizer-BioNTech vaccine was 90 percent effective and the Oxford-AstraZeneca vaccine 91 percent effective at preventing death from the highly contagious COVID-19 Delta variant.

The Moderna vaccine, also available in Scotland, wasn’t included in the research because no deaths have been recorded in people who have been double-vaccinated with it.

“If you still have not taken up your offer to be vaccinated, I would encourage you to do so based on the clear benefits it offers.”

The massive study involved a team of researchers from the Universities of Edinburgh and Strathclyde, and Public Health Scotland, who analyzed data from 5.4 million people in Scotland from April 1 to September 27, 2021. During this four-month period, 115,000 people tested positive for COVID-19 and of those, 201 deaths were recorded from the virus. Death from COVID was defined as anyone who died within 28 days of a positive PCR test, or with COVID-19 recorded as a cause of death on their death certificate.
ADVERTISEMENT
This research is the first to show how highly effective these vaccines are across an entire country in preventing death from the Delta variant, which is the readily transmissible and dominant form of COVID in the United Kingdom, as well as in many other countries. In some areas in the United States, the Delta variant accounts for more than 99 percent of COVID-19 cases.

“With the Delta variant now the dominant strain in many places worldwide and posing a higher risk of hospitalization than in previous variants seen in the UK,” Aziz Sheikh, a professor at the University of Edinburgh and the study’s lead author, said in a press statement, “It is reassuring to see that vaccination offers such high protection from death very shortly after the second dose.” She added: “If you still have not taken up your offer to be vaccinated, I would encourage you to do so based on the clear benefits it offers.”

To get their results to the public as quickly as possible, the study was submitted as a letter to the editor in New England Journal of Medicine. It has not yet been peer-reviewed.

RELATED STORIES
What An HPV “Infodemic” Teaches Us About Vaccine Disinformation
Orphaned By The Pandemic
A Simpler, More Accurate, COVID Test
LATEST NEWS