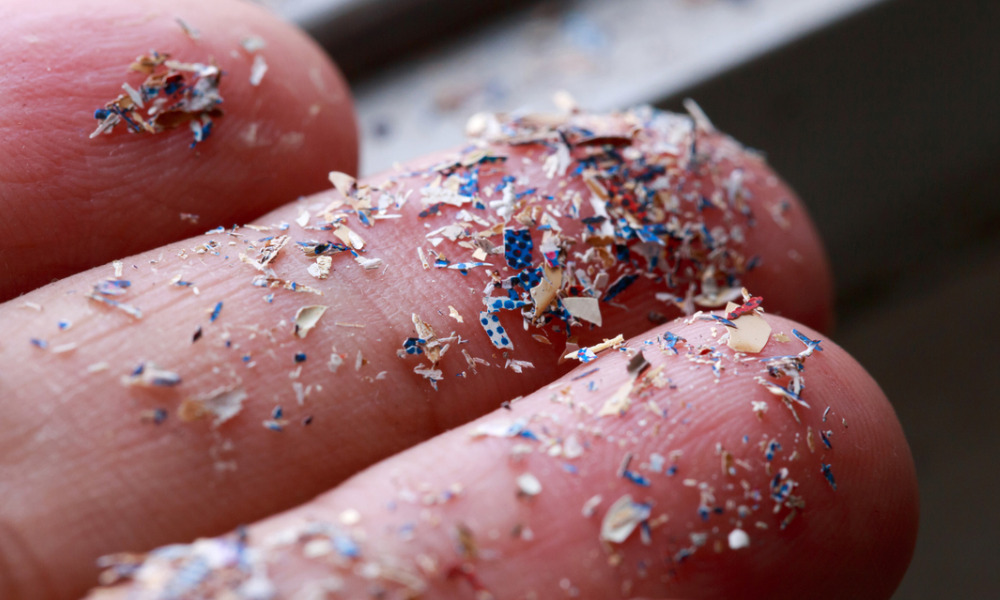 Microplastics are everywhere. They are shed by food packaging, plastic refuse, and water and baby bottles. A study shows what they can do to our cells.

Microplastics are everywhere and in everything, even babies’ bottles. It’s estimated that over the course of a year, we eat around the same amount of plastic that’s in a firefighter’s helmet. Worse, over our lifetimes we consume more than 44 pounds of the stuff. And it’s not just from plastic leaching from food containers and wrappers, or even in traces of plastic found in the food we eat; it’s also in the air we breathe and the seas we swim in.

The scientific community suspects this plastic infusion has a negative impact on our health, but so far there have been no controlled studies to fully confirm this. But laboratory research points to the ways plastics affect both human and animal cells.

It is estimated that over the course of a year, we eat around the same amount of plastic as is in a firefighter’s helmet.

A recent German study offers intriguing and somewhat alarming new information. It reports that microplastics have the ability to latch onto the outer membranes (a kind of protective envelope that our cells live inside) of our red blood cells. When the microplastics (typically around a third as long as an aspirin tablet and less than 5 millimeters width-wise) hook on, the membranes stretch out so much that it can affect the ability of red blood cells to transport oxygen through our bodies.
ADVERTISEMENT
This turned out to be an unexpected finding because both red and white blood cells are known to be so flexible that they ordinarily have the ability to simply morph into different shapes while passing through narrow blood vessels. But microplastics appear to hamper this activity. That’s because not only do the plastics stretch out the membranes, but when they rebound, they also tighten them. The result? The needed flexibility is lost.

Keep in mind that this study took place in petri dishes in a laboratory. And, microplastics haven’t been shown to be fatal immediately after ingestion. What the study does show, however, is that microplastics in our environment are a serious problem. “It’s increasingly recognized that microplastics can oxidize or stress cells through biological processes,” study co-author, Jean-Baptiste Fleury, of the University of Saarland, said in a statement. “The possibility that they may also stress a cell membrane through purely physical processes, however, is completely ignored by the vast majority of studies.”

While the scientific community continues to look into the effects of microplastics on our bodies and in our environment, there are things we can do to limit their use:

The study is published in PNAS, Proceedings of the National Academy of Sciences.