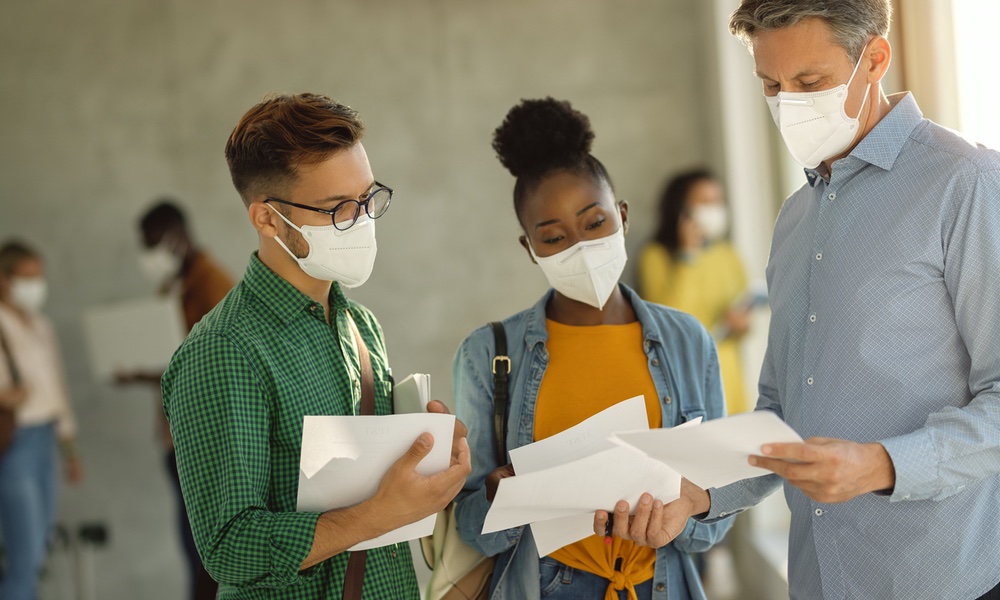 Maggie Whalen
By the end of fall semester, over 20 percent of students at 30 schools had contracted the highly contagious SARS-CoV-2 virus.

Fears about the potential impact of reopening college campuses for in-person learning on rates of COVID-19 transmission in neighboring communities appear to have been confirmed by a recent Stanford University study. Entire college communities may be at risk for becoming COVID-19 hotspots, particularly in the first two weeks of school.

The risk was so great that among some of the 30 colleges and universities studied, over 20 percent of students had contracted the potentially deadly, highly contagious virus by the end of fall semester.

“Our results confirm the widespread fear in early fall that colleges could become the new hot spots of COVID-19 transmission. But, at the same time, college administrators should be applauded for their rapid responses to successfully manage local outbreaks,” explained Ellen Kuhl, one of the study’s authors.
ADVERTISEMENT
Using a combination of weekly or twice-weekly surveillance testing and test-trace-isolate tactics to control on-campus outbreaks, a vast majority of colleges studied managed to bring their outbreaks under control and prevent campus-wide infection. The towns and cities surrounding campus communities have not fared as well by comparison. Approximately 90 deaths have been linked to college and university campus-based outbreaks nationwide, most of these among college employees and not students themselves.

The overall mortality rate for campus-related COVID-19 is .02, which is far lower than the national average mortality rate for COVID-19, according to researchers. Still, this statistic is likely to be of little comfort to those living in and around college towns whose communities may be at greatly increased risk of developing a severe outbreak.

Campus outbreaks translated to infection peaks throughout the entire surrounding county in over half of the cases studied. What’s worse: while a rate of 50 COVID cases per 100,000 people per week has been considered the threshold for a county to be declared “high risk,” over half the college and university towns studied clocked case rates of over 1,000 cases per 100,000 people per week.

At the University of Notre Dame only 9 positives were detected among the entire 12,607 person in-person student body during screening at the start of fall semester 2020. Less than two weeks later, the 7-day incidence was at 3083 cases.

These rates dwarf those seen during earlier waves of the pandemic, which topped out around 70-150 cases per 100,000 per week. Every town studied, without exception, exceeded the 50 per 100,000 “high risk” benchmark.
ADVERTISEMENT
The University of Notre Dame illustrates perfectly just how quickly the SARS-CoV-2 virus can spread. Only 9 positives were detected among the entire 12,607 person in-person student body during screening at the start of fall semester 2020. Less than two weeks later, the 7-day incidence was at 3083 cases.

In Great Britain, a model by researchers at Cardiff University projected that every student who returned home for Christmas would produce, on average, 0.94 secondary infections, nearly a 1:1 ratio.

While this study’s findings may seem grave in light of the magnitude of the outbreaks that have occurred, its authors emphasize that aggressive management measures such as an immediate transition to all-remote learning has been shown to help curb outbreaks within two weeks.

Compliance with local social distancing and mask-wearing mandates is still the most important and effective measure that campus communities can take to prevent a COVID-19 outbreak from taking place on campus and spreading to surrounding areas. But for college students the temptation to default back to old ways of socializing while living in on-campus housing may simply be too great. This “human factor,” as Kuhl calls it, will be the ultimate determining feature as to whether outbreaks continue to spread unabated.

The study is published in Computer Methods in Biomechanics and Biomedical Engineering.